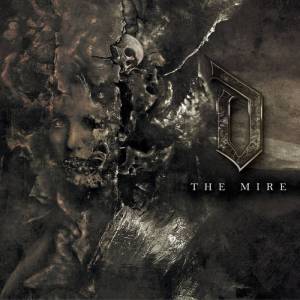 Deception are a death metal band from Norway and this is their third album. 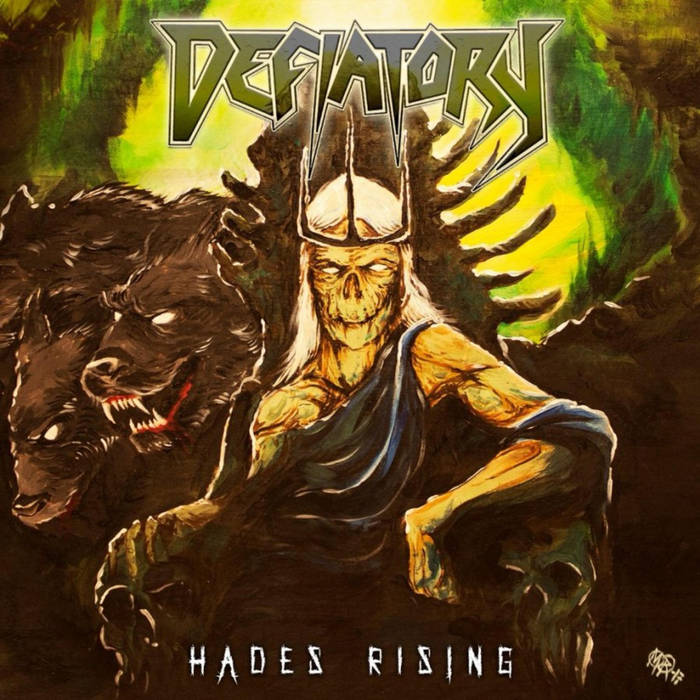 This is the second album from this Swedish thrash metal band. 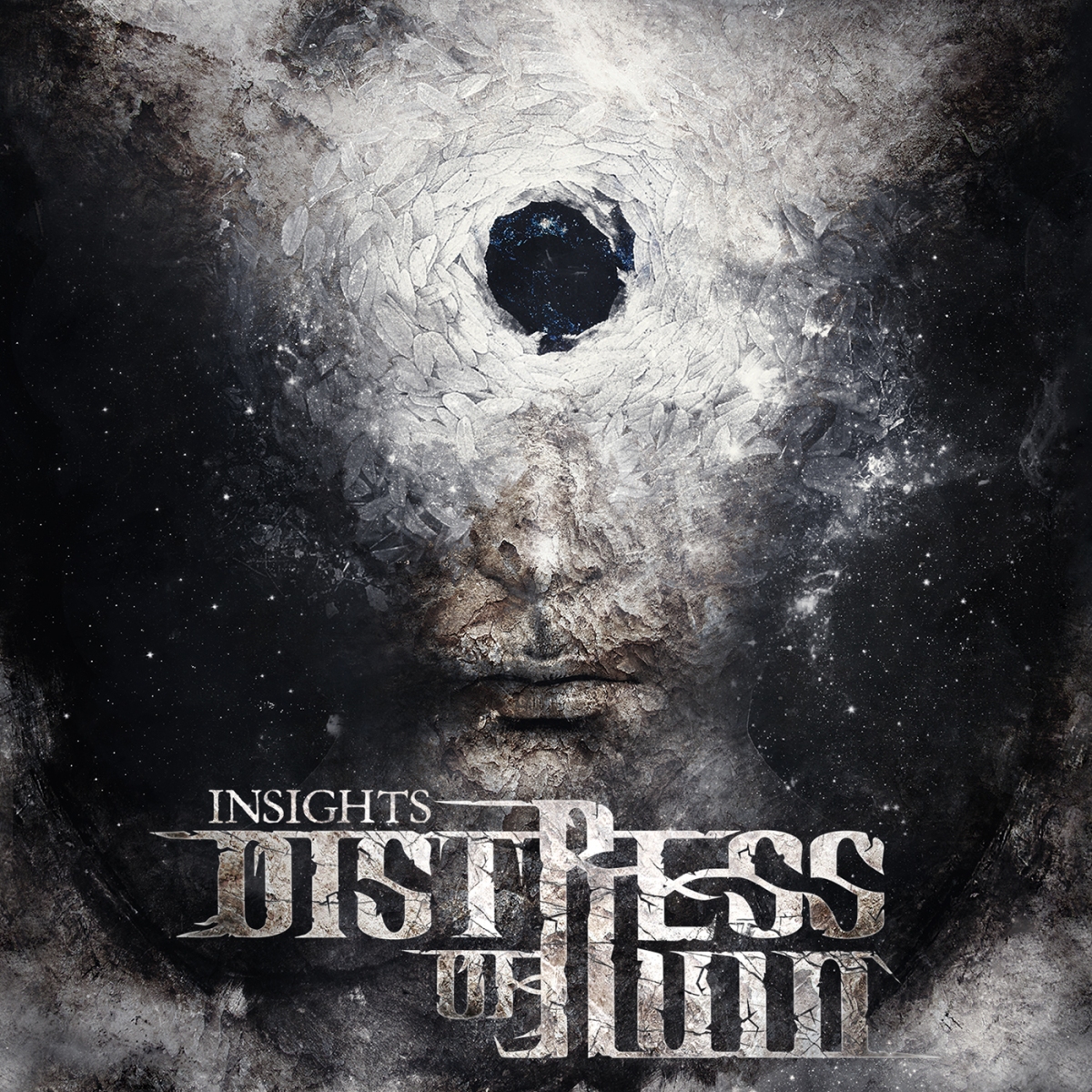 This is the latest EP from Finnish melodic death metal band Distress of Ruin.

Well, this is quality stuff. From the very start it’s clear that a lot of time, effort, and passion has gone into the creation of this release. END_OF_DOCUMENT_TOKEN_TO_BE_REPLACED 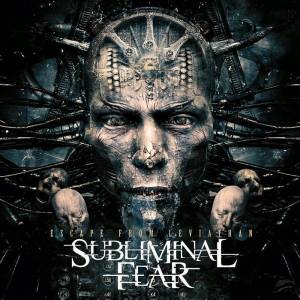 This is the third album from Subliminal Fear, an Italian metal band.

This is modern metal that takes its primary influences from a combination of the cybermetal styles, (Fear Factory, Mnemic), and melodic groove metal, (Soilwork, In Flames, etc.), alongside a pinch of djent and industrial.

With this in mind, the band operate in the more commercial realm of the style, rather than on the heavier end as some bands do when incorporating these influences, (for the most part at least; that’s not to say the band can’t be heavy or more extreme when they want to). The songs work well in this context though, with the band’s clean vocal harmonies being END_OF_DOCUMENT_TOKEN_TO_BE_REPLACED

The Distance That Made Us Cold is an album that bursts out of the speakers with a strong and confident sound, polished to perfection but not lacking in some underground grit when the songs need it. END_OF_DOCUMENT_TOKEN_TO_BE_REPLACED 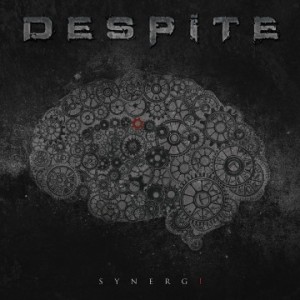 Despite are from Sweden and play modern metal. This is their third album.

This makes a good impression very early on. Despite play a kind of modern metal that takes from the Swedish melodic death metal scene of yore, as well as more modern and even some progressive/djent elements. Synergi is my first exposure to the band, and to my ears comes across as a mix of Darkane, In Flames, Fear Factory and Whitechapel.

With three guitarists, the music is nicely heavy and treads the line END_OF_DOCUMENT_TOKEN_TO_BE_REPLACED 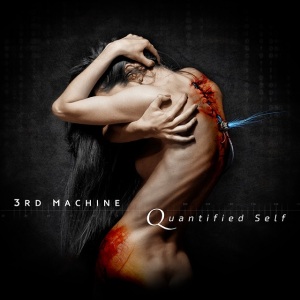 This is the début album from 3rd Machine, a modern/groove metal band from the Netherlands.

This is rhythmic groove metal with keyboard enhancements that takes influence from the cyber metal scene.

Despite the modern production though, it has somewhat of a 90s metal feel to it to me. This is not meant in any detrimental way. 3rd Machine seem END_OF_DOCUMENT_TOKEN_TO_BE_REPLACED

This is the début album from US Metal band Product of Hate.

Product of Hate play modern Metal that incorporates elements of Thrash Metal and Metalcore into its makeup. This equates to some noticeable influences from the classic style, notably Kreator and Testament, as well as the more modern Metalcore style that was made so popular by the NWOAHM bands of the 00s. More European aspects appear sometimes too, reminding me of some of Darkane’s work on occasion.

Reading the above though it’s important to realise a few things; this is no retro-loving crap-fest; this is darker and harder than a lot of the more commercial bands playing a similar style; there are no radio-friendly unit shifters with sparkling clean vocals here – Product of Hate go in for the kill with all the aggression that they can muster.

Buried in Violence is a bit rough around the edges, but I think that’s the intent. You could easily imagine the busy riffs and even busier solos encased in a solid gold, ultra-polished production, but this is not the case; they have a large sound that suits the style, but it’s grittier and more earthy than most. This allows the band to get their hands dirty and focus on tearing things up with their assault.

The songs are quite catchy and memorable without being overly so; the band sound like they have tried to pen real songs that they are passionate about rather than one-dimensional sing-along, throwaway hits. This is all down to perspective, of course, and I can easily imagine Product of Hate getting written off by some as being just another Metalcore band with nothing to offer. This is a disservice I feel, but a somewhat inevitable one; it’s a shame as there are more than enough bands peddling the more commercial side of this kind of music, whereas Product of Hate are offering something a bit harder and more aggressive than most. Sure, it’s not Death Metal and it definitely exists on the more commercial side of the Metal spectrum, (relatively speaking, when compared to the more extreme end of Metal), but this is not the kind of thing you’ll hear on the radio any time soon.

Ultimately, Buried in Violence shows a band who clearly love their Metal and gathers together a collection of Metal anthems that just want to Thrash out and give the listener a good tune and a good bashing at the same time.

Can’t complain about that.

This is the début album from US Progressive/Melodic Death Metallers Fall.

Featuring a strong sound, this is an album full of emotive Melodic Death Metal that is enhanced by keyboards and Progressive Metal tendencies.

There’s a bit of everything on here, from highly melodic guitars, to blasting drums, to liquid guitar solos, to introspective refrains, to Modern Thrash workouts.

The vocals vary from shouted growls to soaring cleans. Both are performed extremely well and very professionally.

With a beguiling mix of heaviness and catchiness, The Insatiable Weakness combines the hooks and passion of the European Metal scene with the heavy delivery and modern sheen of the American, resulting in an album that takes equal parts from both.

Fall make the type of music that bands like In Flames, Soilwork, (whose drummer features on this album), Darkane, Dark Tranquillity, et al, are so well-known for and add a Progressive/darker Extreme Metal edge to it. For anyone that enjoys the more commercial side of Melodic Death Metal, but favours more heaviness and extremity in their music, then The Insatiable Weakness is for you. 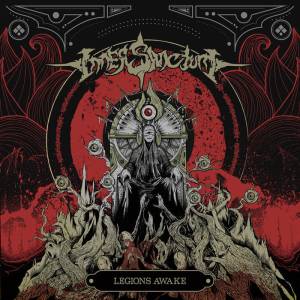 Inner Sanctum are an Indian Thrash/Groove Metal band and this is their début album.

After a rather cinematic opener, Inner Sanctum reveal themselves in their full glory as Thrash/Groove Metal with some Death Metal influences included for added impact. Think the mid-00s-type NWOAHM, only with a darker, more classically Death Metal side to it that emphasises the European Melodic Death Metal heritage of the American style.

The singer has a gruff voice that shouts out with the best of them, occasionally including some semi-cleans that remind me of some of Darkane’s work in places.

The songs are well-written and it’s clear that these tracks have been constructed with care and enthusiasm. The Thrash and Groove influences never take over or embrace the mediocre side of both styles; Inner Sanctum play their brand of heaviness with vibrancy and passion. They deliver everything on here with skill and it’s clear that the band have the talent to succeed.

Legions Awake is a strong collection of songs that make a good impression and showcase a band who really know what they’re doing. If they were American and picked up by a large music label then they would get very far indeed, I think. Unfortunately that isn’t the case, so make sure you support them – bands like this deserve it.