Dead Ficus are a Metal band from France and this is their debut album.

The singer has quite a nasty bark to him, which juxtaposes nicely against the music which is melodic and atmospheric. I was actually expecting clean vocals from this band, for some reason, so I like his voice all the more for END_OF_DOCUMENT_TOKEN_TO_BE_REPLACED

This is the sixth album from Carnifex, a US death metal band.

I’m not overly familiar with Carnifex, having only listened to one of their previous albums – their 2008 release The Diseased and the Poisoned; this was an okay album, but nothing particularly special, so I was not prepared at all for how far they’ve come in the last 8 years. Slow Death is light years ahead of that release, so much so it’s almost like listening to END_OF_DOCUMENT_TOKEN_TO_BE_REPLACED

Inter Arma are a US post-metal band and this is their third album.

Well, here we have something that has a massive amount of expectation attached to it, at least from me. Their 2014 release The Cavern was a single 45 minute track that came close to attaining perfection. It was, quite simply, the best thing I heard that year, which is why it was my album of the year for 2014.

So, it’s with no pressure, (hehe), that I pressed play on their latest release, and let the band’s involved soundscapes take me away. END_OF_DOCUMENT_TOKEN_TO_BE_REPLACED

Eradikal Insane are a French death metal band and this is their debut album.

The band vary the speeds that they operate in, but always go full-on regardless of what they do. The fast parts are very fast, the mid-paced grooves are generously dense and the breakdown-styled sections are heavy and crushing. END_OF_DOCUMENT_TOKEN_TO_BE_REPLACED

Defiatory are a thrash metal band from Sweden that have released a rather storming debut album called Extinct. Combining thrash’s classic sound with a more modern style, it’s a really strong first release, and one that I’ve been spinning rather more than I expected to. There’s something very catchy and more-ish about it, which is as it should be for any good metal album of this type. I took the opportunity to find out more about this new band…

Defiatory is a band from Umeå, Sweden. Established in 2015. We started as a two piece band, recording demos for fun. But we got a lot of good reviews on our demo tracks and thought what the hell, lets make something out of this. And here we are!

What inspires you about thrash metal?

END_OF_DOCUMENT_TOKEN_TO_BE_REPLACED

This is the début album by Shodan, a death metal band from Poland.

Shodan play modern death metal for the most part, but also incorporate a myriad of other influences and ideas into this atypical release.

The interesting thing about this band is how they develop their style for each song; it all revolves around a modern core of solid death metal, but each track uses this in its own way and incorporates different elements from END_OF_DOCUMENT_TOKEN_TO_BE_REPLACED 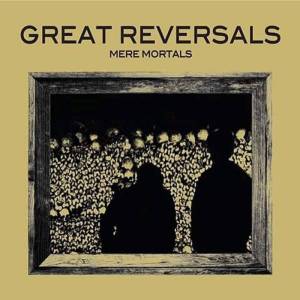 Great Reversals are a US hardcore band and this is their debut album.

After an impressively striking EP, Natural Burial, I was pleased that Great Reversals had returned with their first full-length.

Great Reversals play heavyweight hardcore that has a distinct 90s feel. This is blended with a touch of metal and a few post-hardcore elements here and there. END_OF_DOCUMENT_TOKEN_TO_BE_REPLACED 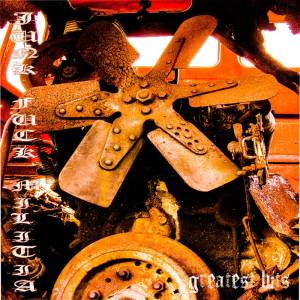 Junk Fuck Militia are a Polish grindcore band. This is their latest album.

Junk Fuck Militia play grindcore with lashings of hardcore, powerviolence and sludge. This means that the songs play with different speeds, moods and textures according to the desires of the band.

Even though the average song length is about a minute or so, due to the aforementioned stylistic influences you never quite know END_OF_DOCUMENT_TOKEN_TO_BE_REPLACED

The songs have a decent mixture of aggressive thrash metal, (with a kind of German, Destruction/Kreator feel), and melodic death metal, (Carcass/Arsis), mixed in with more technical and progressive tendencies that see the band producing END_OF_DOCUMENT_TOKEN_TO_BE_REPLACED 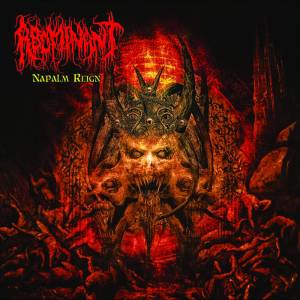 This is the eleventh album from these US death metal veterans.

Abominant’s last album, Onward to Annihilation, was one of the better albums of 2013, so I had high hopes for Napalm Reign. I have not been disappointed.

The band play an underground death metal style that has both thrash and black metal elements, as well as even some power metal ones. This last aspect of their sound was evident on one track on Onward to Annihilation, and although it’s still only a very small part of their sound, it’s developed a little further END_OF_DOCUMENT_TOKEN_TO_BE_REPLACED