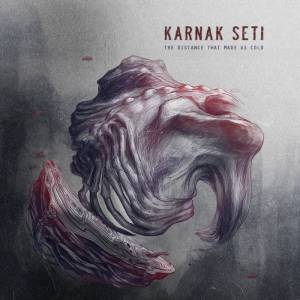 The Distance That Made Us Cold is an album that bursts out of the speakers with a strong and confident sound, polished to perfection but not lacking in some underground grit when the songs need it. END_OF_DOCUMENT_TOKEN_TO_BE_REPLACED 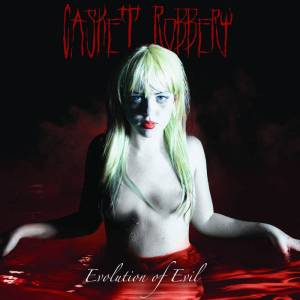 This is the début album by US Death Metallers Casket Robbery.

Casket Robbery play rhythmic Death Metal with a modern/groove Metal influence. They successfully incorporate into their assault elements of Lamb of God and Pantera along with those of Aborted and Kataklysm , as well as mixing in some European Metal influences that allow the band to inject some extra melodic streaks into the tracks that actually remind me of Septic Flesh in places.

Although there’s a lot of mid-paced grooving there’s also enough speed used to keep things varied. The melodic aspect, although not a huge part of their sound, furnishes the songs with enough leads and solos to add another tasty flavour to the tracks.

This is a release that’s heavy and full of riffs. It’s so easy to get carried along with the beat that before you know it your body starts with the twitching and spasming and there’s nowt to be done about it. Hmm, not the best way to describe toe-tappingly-good is it, but you get the idea…

Vocally the singer has an unfriendly snarl that pitches him between a growl and a scream. It matches the rhythmic muscularity of the music and cuts nicely deep into the meat of the matter.

After 37 minutes, some catchy songwriting and some memorable brutality later, Evolution of Evil has left a good impression. The band have produced a very enjoyable album that stands up to repeated listens well and positively encourages them. 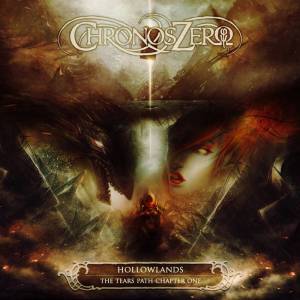 This is the second album from Italian Progressive Metal band Chronos Zero.

Chronos Zero represent the slightly heavier side of Progressive European-styled Metal. Chunky riffs trade off with soft keyboards to create emotive landscapes for both the band and listener to explore.

This is reflected in the vocals too, which are performed by both male and female singers. The female vocals are powerful cleans that recall the best of the 90s/00s days and the male vocals are a combination of cleans and shouts.

This combination of different vocal delivery helps with the album holding attention well, despite a running time of 72 minutes. The music contributes to this too, obviously; Chronos Zero have made sure that they have included enough Progressive/Power Metal to satisfy any fan of the genre.

The music is professionally played and the modern guitars work well with the extravagant keyboards, merging influences from the more restrained American brand of Power Metal with the exploratory, ostentatious side of the European style.

This album strikes me as a more modern updating of the male/female European style that was quite popular over a decade or so ago. There are no, (well, very few), Gothic Metal influences on this album though; Chronos Zero have distinct Progressive/Power Metal view of things, and I like their vision.

So, take a band like Threshold, add a heavier European Metal influence, add shouted male vocals, add luscious female vocals, coat in a modern, professional production…this will give you a good idea of what Chronos Zero have to offer.

This is a well-written and satisfying, albeit lengthy, feast that should appeal to any fan of the genre.

Very enjoyable indeed – check it out.