Dispyt are a blackened crust band from Finland and this is their debut album. 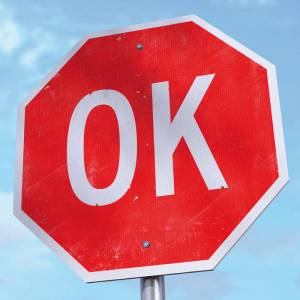 Split Cranium are an international hardcore band and this is their second album.

This album features members/ex-members of Isis, Old Man Gloom, Converge, Mamiffer, and Circle, (as well as others). The band play crusty d-beat hardcore punk, with a decidedly more simple and straightforward approach than a lot of the band members’ other projects. END_OF_DOCUMENT_TOKEN_TO_BE_REPLACED

Buckshot Facelift are a grindcore band from the US and this is their fourth album.

Here we have over 40 minutes of well-written deathgrind. The band take the brief, energetic bursts of punk and grindcore, and entwine them with the staying power of death metal, making for an album that exists on both worlds. END_OF_DOCUMENT_TOKEN_TO_BE_REPLACED

This is the debut album from US grindcore band The Drip.

The band’s 2014 EP A Presentation of Gruesome Poetics was a brief glimpse into the world of The Drip and what they were capable of. I said in the review that the EP bodes well for a future album release and that they were ones to watch. Well, after a longer wait than END_OF_DOCUMENT_TOKEN_TO_BE_REPLACED

Gränslandet are a hardcore band from Sweden. This is their debut album.

This is 41 minutes of filthy hardcore that combines d-beat, crust and sludge together into a grime-covered mass of aural pollution.

The band have the kind of production that sounds as if they’ve been dragged out of the swamp, kicking and clawing into the sunlight. Raw, underground and filthy doesn’t quite cover it in many ways. END_OF_DOCUMENT_TOKEN_TO_BE_REPLACED

Nuisible are a blackened hardcore band from France. This is their debut album.

Inter Feces et Urinam Nascimur sort of sounds like what would happen if Darkthrone embraced a love of Scandinavian d-beat and produced one massively pissed off record. Add in some elements of crusty death metal and grindcore and you have 23 minutes of red-hot anger. END_OF_DOCUMENT_TOKEN_TO_BE_REPLACED 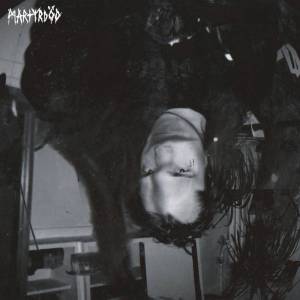 Martyrdöd are a hardcore band from Sweden. This is their sixth album.

2014’s Elddop was an enjoyable smashing of hardcore, punk, crust, d-beat and metal. List continues this tradition, providing us with a condensed 36 minutes of furious battering. END_OF_DOCUMENT_TOKEN_TO_BE_REPLACED

This is the second album by Ursut, a hardcore band from Sweden.

The first thing that strikes me about Ursut is the strong guitar sound. It’s thick, heavy and as black as tar. This is not to mention the winding leads and overal apocalyptic sound that greets you once you press play. Initially I END_OF_DOCUMENT_TOKEN_TO_BE_REPLACED

Dark Circles are from Canada and play Hardcore. This is their latest release.

This is dark, violent Hardcore with a D-Beat element.

There’s a tendency at the moment for dark Hardcore bands to have a Blackened influence, (like Flesh Born and Protestant, for example), which I’m all for as it sounds great, and although Dark Circles fit in well with this style, they’re also different; they have a very obvious Punk background that mixes with the Blackened influences to sound warped, disturbed and evil in their own charismatic way.

The guitar sound is utterly abrasive and seems sharp and rough enough to do some real damage. On top of this the acid vocals spew all kinds of hatred and venom, so much so that you begin to wonder if the singer is in fact human at all. It’s a visceral display of hostility, (yes, there’s that word again).

There’s a boat-load of aggression here for sure, but it’s not a wild, killing rage; this is focused and tight, and all the more lethal for it.

These songs channel what must be a never-ending rage into coherent and dangerous-sounding songs that have more to them than initially meets the eye. The Blackened, harsh melodies and the angular, piercing riffs don’t just exist to assault the listener; there is method and intent to these tracks, the key to which is the quality songwriting.

Energy, enthusiasm and dynamics are displayed in abundance, and the band know how to pace themselves. They never let up the intensity though, as even in the rarer moments of reflection and almost Post-Metal darkness that they occasionally slip into for short moments, there’s still the rage and hatred, briefly and barely tethered whilst the band collectively get ready to resume their terror strikes once more.

This is almost 26 minutes of state-of-the-art Blackened Hardcore horror. Yes, it’s an essential listen for anyone who likes this kind of thing.

Turn the volume up, turn the lights out and let your anger take over. Dark Circles are here to guide you.