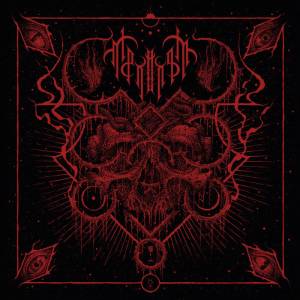 This is the debut album from international black metal band Merihem. 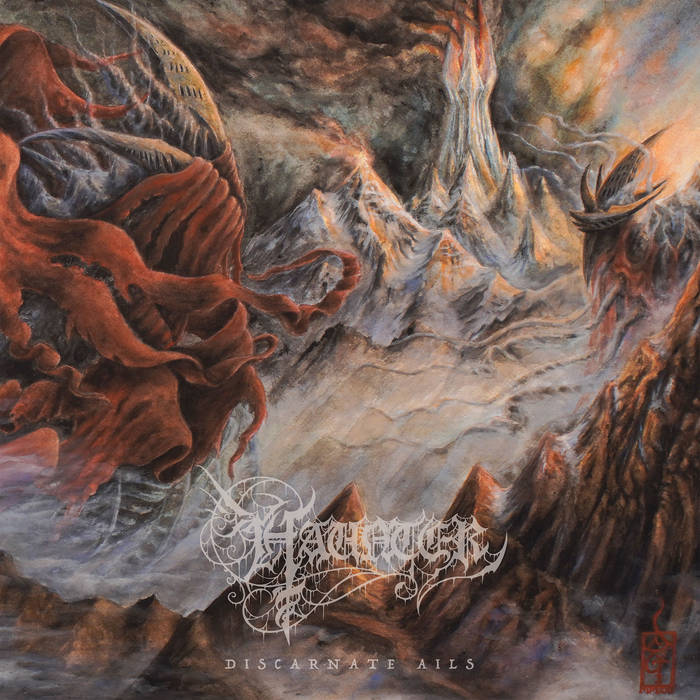 This is the third album from US black/death metallers Haunter.

Following on from 2019’s very well-received Sacramental Death Qualia, Haunter have now returned with 32 minutes of new material. The band’s style can be termed progressive black/death metal, and END_OF_DOCUMENT_TOKEN_TO_BE_REPLACED 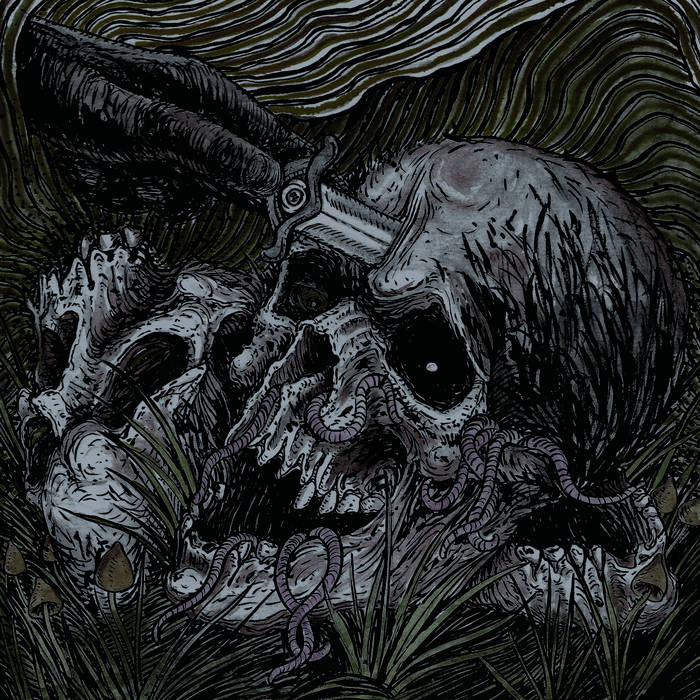 Malthusian are from Ireland and Suffering Hour are from the US. Both play blackened death metal, and they have teamed up for this split release.

Malthusian start us off and offer up two tracks, with a total duration of 20 minutes. END_OF_DOCUMENT_TOKEN_TO_BE_REPLACED 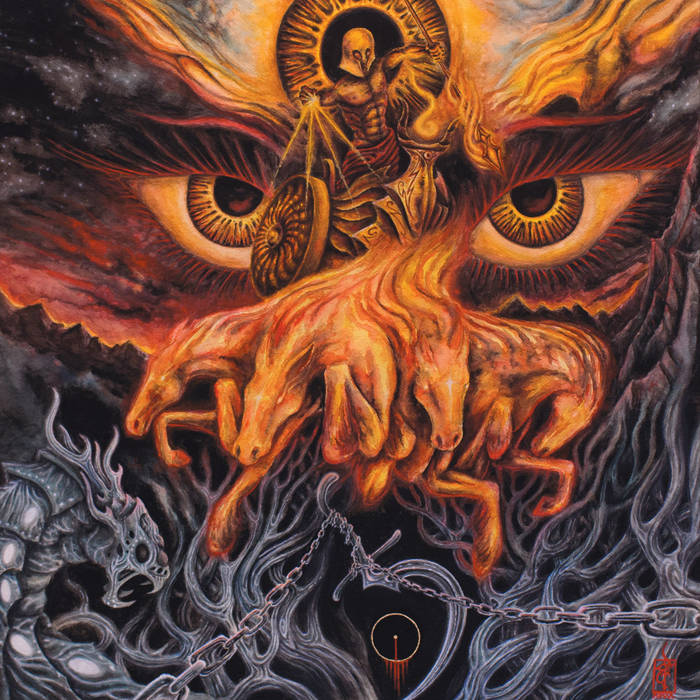 Yes, it’s that time of year again! 2021 gave us some very, very good metal, and I feel honoured to have been able to have listened to as much of it as I have done. There are some notable absences, (for me at least), from the below list, but there’s just not enough time or space for everything, dammit!

2020 was a very blackened year for me; I listened to a lot of black metal, and the list for that year reflected that. At the start of 2021 I decided I’d consciously try to ensure I cast my net a bit wider again, reconnecting more deeply with some of many other styles of metal that I enjoy. 2021’s list reflects this. However, I’ve still ended up with much more of a black metal presence in the list than I was initially expecting. What can I say? I’m a sucker for all of the myriad blackened flavours of the style. However, there’s also a lot of other stuff here that I hope you’ll dig into and enjoy too. I felt that there was a notable absence of grindcore in 2021, as well as some of the more extreme styles of doom. What do you think?

I hope you enjoy perusing some of my favourite records from this year, and I hope you find something new to tickle your fancy. What’s your number one this year? END_OF_DOCUMENT_TOKEN_TO_BE_REPLACED

This is the debut album from US black metal band Feral Lord.

Recommended by the promo blurb for fans of bands such as Oranssi Pazuzu, Odraza, and Deathspell Omega, I couldn’t resist giving this a listen to see if it hooked me. Well it did, as you can probably tell by the fact I’m reviewing it. To the above list I’d also add parts of bands like Suffering Hour and Mourir as reference points for Purity of Corruption too. END_OF_DOCUMENT_TOKEN_TO_BE_REPLACED

As far as Februarys go, I found February 2021 to be quite exceptionally high in quality when it came to metal albums. Let’s dive in to some of the best from last month… END_OF_DOCUMENT_TOKEN_TO_BE_REPLACED 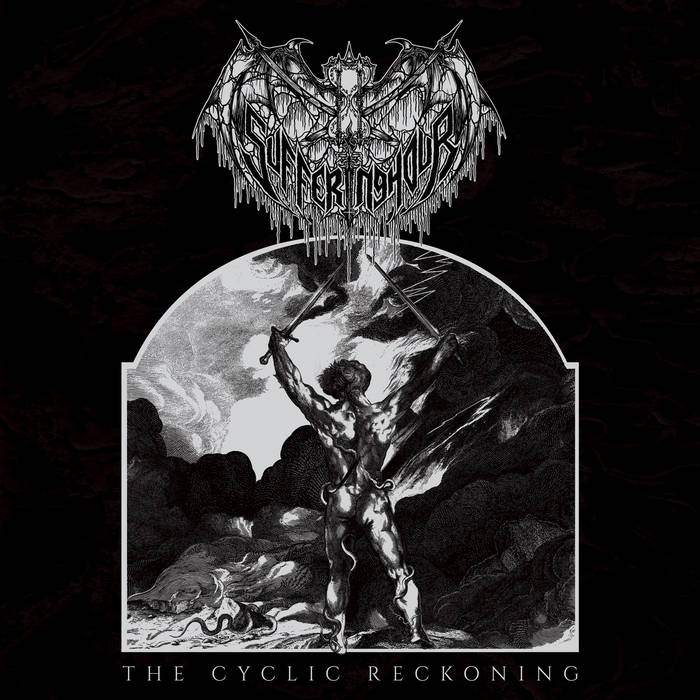 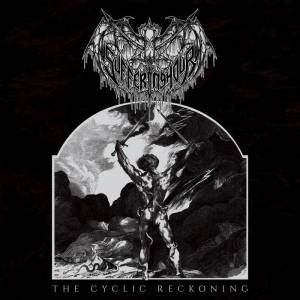 This is the second album from Suffering Hour, a blackened death metal band from the US.

Now here’s a release I’ve been looking forward to. I’m a big fan of Suffering Hour’s past work, (2013’s Foreseeing Exemptions to a Dismal Beyond, and then 2017’s immense In Passing Ascension), and their newest album simply takes their musical progression so far to its logical conclusion. Having learned plenty of lessons END_OF_DOCUMENT_TOKEN_TO_BE_REPLACED 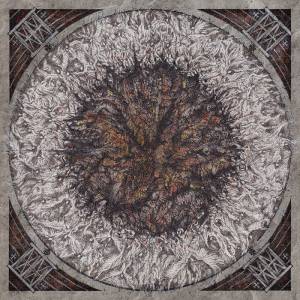 Itheist are a UK black/death metal band and this is their debut album.

Previously named Aetherium Mors, this is the band’s first release under its new moniker. This is modern, dissonant black metal that’s been hybridised with death metal and energised with melodic darkness. END_OF_DOCUMENT_TOKEN_TO_BE_REPLACED 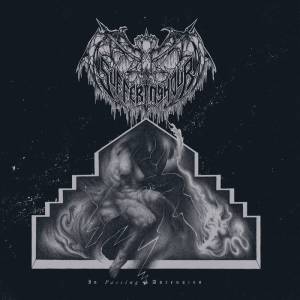 This is the debut album of US blackened death metal band Suffering Hour.

Suffering Hour’s 2014 debut EP Foreseeing Exemptions to a Dismal Beyond was a release that really struck a chord with me. The band’s primitive-yet-powerful display END_OF_DOCUMENT_TOKEN_TO_BE_REPLACED 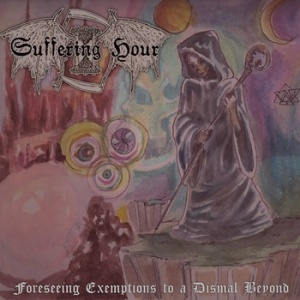 Suffering Hour are from the US and play high-energy Old-School Death Metal with elements of Thrash and even a tiny bit of Black Metal straight out of the Venom school.

Immediately from the first song Truths of the Unknown it’s clear that the band give their all to the music and they have plenty of ideas they want to include in their songs as well.

The riffs and melodies used are interesting and not simply genre-rehashing; and the variety of musical influences, (Vader, Morbid Angel, to name just two), that can be heard mean the songs hold interest with ease and before you know it the 29 minute running time is over.

The songs are written well with a good grasp of structure and pace. The tracks vary in length from the relatively short to the longer 8:35 of Enthralled in Lunacy Abyss, which shows that Suffering Hour are not afraid to do what they want and play the kind of Death Metal that pleases them without pandering to anyone else. As it should be.

The vocals are top quality and range from screams to deep growls, with plenty of range shown between the two.

They also have an instrumental song named Prog Thrashing Death which does exactly what it says on the tin.

The production is generally competent and has a very organic sound, however I feel it’s slightly uneven in places and could do with being slightly stronger for their next release. This is only a minor quibble though as it does the job well enough.

The quality and breadth of content in these songs should be envied by most Metal bands and this EP is a huge success for me. For such a young band to have found their musical footing so early on and produced a quality EP with such personality and individuality is a wonderful thing.

This really is fantastic. Support this band as they could go far in the world of Extreme Metal.