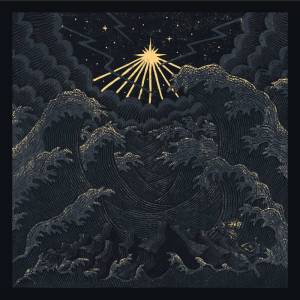 This is the debut album from Ceremony of Silence, a Slovakian blackened death metal band.

Dissonant and atmospheric, this is music that’s dense with malignant promise and filled with a form of bleak, otherworldly evil.

The songwriting is unexpected and unusual in its delivery. Although the songs recognisably exist as what you might loosely expect for something like this, each instrument’s part and how they mesh together is subtly more complex, nuanced, and atypical than you’re probably used to. This primarily relates to both the guitars and drums, but I’d like to draw particular attention to the drummer; as someone who loves percussive music, what he does on this album is quite captivating in its own right much of the time, never mind what the rest of the music is doing.

The above simply adds to the aura of lethality that this album would still have in spades were the individual performances even slightly less complex and non-standard. Outis sounds evil, and not in a hammy, comical, or artificial way. This is utter hopeless darkness filtered through a dissonant blackness that sounds so malevolent you could almost reach out and touch the cursed mists it’s wreathed in.

Everything mentioned, (and more besides), results in an album that has more complexity and depth than is standard for something like this, all of which enhances what Ceremony of Silence offer immensely. Outis is a high-quality, highly enjoyable album to become immersed in.

One thought on “Ceremony of Silence – Outis (Review)”