Culted are an international blackened doom band and this is their third album.

It has been many years since 2014’s Oblique to All Paths, although we were gifted with an EP in 2019 – Vespertina Synaxis – A Prayer for Union & Emptiness. Nous contains 64 minutes of new, apocalyptic material, which END_OF_DOCUMENT_TOKEN_TO_BE_REPLACED

This is the third album from US experimental doom band Gnaw.

Featuring the inimitable vocals of the singer that graced Khanate with his serrated, searing voice, 2013’s Horrible Chamber was a must-listen record as soon as I knew it was available. It’s been a long four years, but now we finally have the follow up in Cutting Pieces. END_OF_DOCUMENT_TOKEN_TO_BE_REPLACED 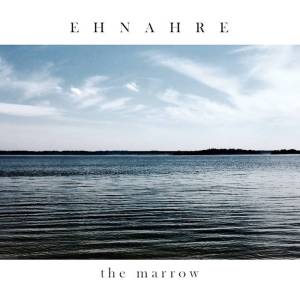 This is the fifth album from Ehnahre, an experimental doom band from the US.

This is a hefty and ambitious experimental doom release. It has a basis in metal, but frequently incorporates non-metal elements into the music, to great effect. END_OF_DOCUMENT_TOKEN_TO_BE_REPLACED 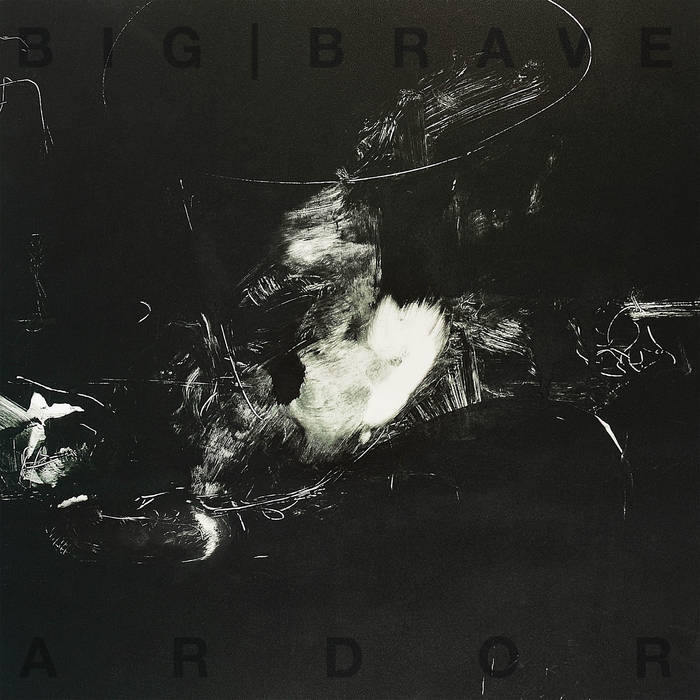 Big | Brave are an experimental doom band from Canada and this is their second album.

This is minimalist experimental music, expressed as vast sheets of abstract soundscapes and diligently pieced together emotional compositions. END_OF_DOCUMENT_TOKEN_TO_BE_REPLACED 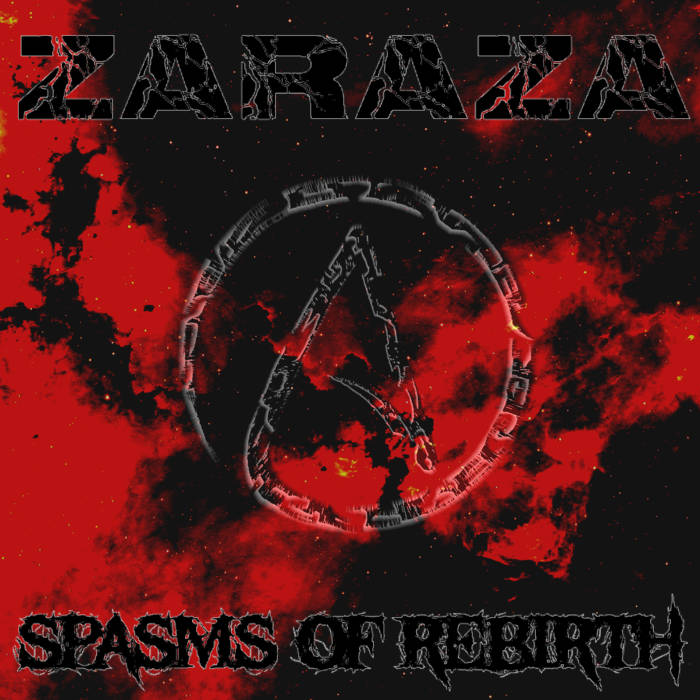 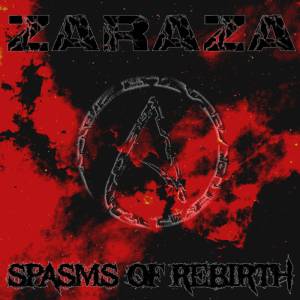 Zaraza are a doom/sludge band from Ecuador. This is their third album.

This is the début album from US Doom band Funerary.

This is dark, misery-drenched Doom that has a harsh Sludge edge, giving the band a nasty bite.

One of the first things that strikes me about Funerary are the jaw-dropping, ultra-intense vocals. They’re mainly high pitched screams or deep growls, although that description doesn’t do them justice. The screams sound rabid and the growls sound inhuman. Either way, they make a big impression.

This is 34 minutes of mind-numbing despair and utter misery. The songs are heavy, slow and full of depressed fury. This last point is an important one; for all of the Doom and gloom on this record, Funerary have a very angry side that lends their songs an aggressive dominance over all they survey.

Funerary also know how to do subtle though. It’s a downtrodden, malicious subtle and their version of light and shade is multiple shades of black, but subtlety is still within their arsenal. As such, there’s also a side of Atmospheric Sludge to their assault, which is always a welcome addition to any band and further enhances Funerary’s sound, giving them an added depth.

Throughout the release the feeling is one of a filthy, worthless existence, one that has no merits or positive sides just different types of pain and anguish. In itself this obviously doesn’t sound very appealing at all, however, when translated into Funerary’s scorn-filled hate-sludge, it suddenly becomes very appealing indeed.

It’s a relatively varied release, taking in aspects of the main sub-genres mentioned previously, as well as elements of Drone, Post-Black Metal and Experimental Doom. Largely though, it’s an impressive mixture of Doom, Atmospheric Sludge and feedback-laden nihilism, like a cross between Primitive Man, Esoteric and Khanate.

I strongly suggest you get a dose of Starless Aeon.

Anatomy of Habit are from the US and this is their second album. They play Experimental Post-Metal/Doom.

This is music that will probably be dismissed by a lot of people as not being immediate or conventional enough. Their loss.

How to describe Anatomy of Habit ? The share a similar very individual stylistic space with bands such as Swans, Neurosis, Fantômas, Burning Witch, Skullflower, etc. This is music that’s slow, Doomy and with lots of personality.

The vocals are a large part of the personality of the band. That’s not to denigrate the music of course, as this definitely has its own flavour, but vocally we’re in territory that’s reminiscent enough of Mike Patton to be instantly recognisable and familiar but not too similar so that it sounds like a rip off or bad copy. Couple this with an Avant-Garde feeling akin to Manes/Arcturus as well as the odd harsher scream and you have a performance that puts most singers to shame.

There are two tracks here and both of them are very finely crafted examples of how you can play Post-Metal and really have your own sound. Both are over 20 minutes long.

Radiate and Recede is a Drone Doom epic that is as hypnotic as it is powerful. I really love this kind of crawling, quirky, slowness that’s repetitive enough to become engaging but dynamic enough to keep the interest. It finishes with an extended Doom workout that would do Esoteric proud before the main vocals end it totally.

Second track Then Window continues the stylistic theme developed in the first song but with a slightly different spin on it. We’re still in Doom territory but the music is slightly more colourful and upbeat in a way that’s still subtly sinister.

Taken together, Ciphers + Axioms is a very enjoyable album that allows a creative band to flex their musical muscles in a worthwhile and involving way. They really have crafted a remarkable album.

I love music that’s a bit weird, a bit different and yet still remains a bloody good listen. Anatomy of Habit fit this description perfectly. They get a big thumbs up from me. Well done!

This is the second release from 0, a Greek one-man Blackened Experimental Doom/Drone project.

0’s first album Simplifying a Demon was a surprisingly enjoyable slab of minimalistic Drone Doom in the vein of Khanate only with more Black Metal.

Once more the same foreboding atmosphere hits you. The cloying stench of something dark, dank, rotten and forgotten that slowly, agonisingly rises from the depths of some long lost pit of bleakness. But this time, something’s different.

This time around 0’s music is more considered and thoughtful. If Simplifying a Demon was the birthing throes of something horrific, then Silence is the sound of it growing and discovering itself, learning more about what it’s capable of.

Silence’s landscape is minimal and desolate, but for all this it is also a textured and alluring one. The songs wrap you in their deadly embrace and slowly take you into their world, warmly embraced by the darkness.

The Black Metal influence is still there on this release but it’s more subtle and less overt than previously. Silence has more of a droning Doom feeling, like some of the work by bands like Earth, Blackwolfgoat and Om, albeit a Blackened version of these.

The vocals have developed also. Black Metal shrieks are still in attendance but these are now very much a rarity. For the main vocals we are now treated to some very well performed and varied cleans that wouldn’t be out of place on more traditional Stoner Doom releases. Powerful and ominous.

Overall Silence is a positive progression for 0. The development shown on this album is really something and the songwriting has come on in leaps and bounds. I’m happy that 0 is not resting on its laurels and is continuing to push the boundaries of what a bass and a voice are capable of.

So get lost in the misery and enveloped in the Silence of 0.

Queen Elephantine, from the US, treat us to their fourth album of psychedelic experimental Doom.

Straight from the off in first song Veil the band create an experience unlike most, with spaced out psychedelia paving the way. In fact the word experience is an apt one as that’s precisely what this is; a listening experience. There is a lot going on here, even when it sounds on occasion relatively minimalistic.

There is a wide range of instrumentation employed and the clear, organic sound does everything justice. In addition to the standard instruments one would expect we also get slide guitar, tanpura, additional effects/noises and two drummers, which makes for a great and varied collection of songs that have lots of individuality.

The vocals, when they appear, seem to be almost an afterthought. They appear at select points in the songs like ghostly apparitions floating in and out of reality. It all adds to the feeling of space and timelessness that the songs evoke and it’s easy to get lost in the endless hypnotic jam of Queen Elephantine.

I was not expecting to like this as much as I do. Not because I had any expectations of the band being bad or anything, (I had not heard of them before listening to this), but purely because it surprised me with the high quality on display and because it’s just so damn good.

If you’re looking for something a bit different and like to be taken out of reality then I advise you get your hands on this as soon as you can. If you’re in the mood for it then this is just excellent.