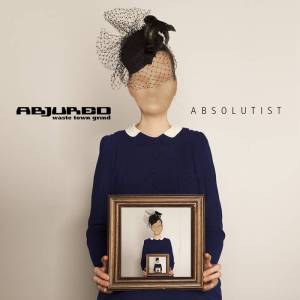 Abjured are a German grindcore band and this is their second album.

Here we have 41 minutes of Scandinavian-inspired acidic grindcore, played with venom and a creative flair. END_OF_DOCUMENT_TOKEN_TO_BE_REPLACED

Antigama are a Polish grindcore band and this is their latest EP.

I always like it when there’s new material from Antigama. If you haven’t heard them before, also check out Meteor and The Insolent, as both are well worth your time. END_OF_DOCUMENT_TOKEN_TO_BE_REPLACED 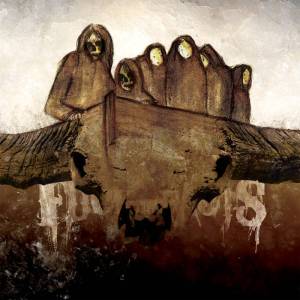 Fuck the Facts are a Canadian Grindcore band and this is their tenth album.

Fuck the Facts are always a good listen. Playing by no-one’s rules but their own, they play Grind with their own agenda and are wonderfully individual.

They combine most different aspects of Grind, including some non-Grind elements too. Labelling them as Progressive Grindcore is not too bad of a description. From blasting brutality to melodicism to experimentalism; Fuck the Facts have got it covered somewhere in their discography, (and on this release), and they do it very well indeed.

These songs are largely, (but not exclusively), short blasts of aural carnage, although there’s much more to the band than just this. Longer songs and more experimentally diverse songwriting, (including solos, melodies, Death Metal, Progressive Metal, atmosphere, noise, cello, piano, etc.), mean that there’s a lot on offer here.

Sitting pretty among similarly individualistic Grindcore such as Cephalic Carnage, Cloud Rat, Antigama and the like, Fuck the Facts have built an impressive legacy for themselves over the 16 or so years of their existence and Desire Will Rot only cements their sterling reputation further.

The vocals alternate between the main singer’s acidic shriek and the bassist’s deathgrunts. It’s a combination and team effort that works very well. The main singer has a very individual and charismatic high scream and her voice sounds as nasty as scraping nails.

This is 39 minutes of challenging and impressive Grindcore. It’s not for people who just want the latest scene-clone; this is thinking Grind for the discerning connoisseur, and yet it still remains its visceral nature despite this. 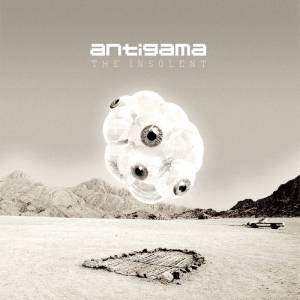 Antigama are from Poland and play Grindcore. This is their seventh album.

This is the follow up to 2013’s album Meteor, and I can’t quite believe it’s been 2 years since that album first made its presence felt.

I always enjoy Antigama’s work. Their Grindcore is definitely a mature and individual take on the genre and they always manage to throw in a few surprises.

Opening with a blood-curdling scream, the band proceed to become savagery incarnate and rip through 33 minutes of weapons-grade Grind like their lives depend on it.

This is no mindless Grindcore beast though. This may be utterly savage and vicious but there’s a keen intellect at play behind the scenes, arranging and organising the carnage.

Atypical riffs and brutal melodies abound, hidden within the chaos of the songs. It’s relentlessly harsh and utterly compelling. The album flows well from beginning to end and the entire thing is impressively delivered.

They can also be surprisingly atmospheric when they put their minds to it. Out Beyond is a good example of this and also features the most experimentation on the album. The final track The Land of Monotony is also notable in this regard; a longer song featuring rougher semi-clean vocals at the start and a more Doom-oriented approach.

Antigama’s music mixes an intelligent and unusual approach to the genre, from the Punk-passion of Napalm Death to the kind of modern Grinding assault that The Red Chord do so expertly.

Rather than mellowing with age, The Insolent, if anything, seems that bit faster and more angry than normal, and this is from a band who are already pretty fast and angry as it is. These tracks have more of a dangerous edge to them than normal, as if the band are seriously near the point of breaking and channelling their collective rage into their music is the only thing keeping them in check.

This is a focused rage, however, and a highly controlled one. Antigama know when to let loose but are more than capable of showing composure and discipline, albeit in a controlled-fury kind of way that the average person would still find intimidating.

This is complex brutality for a refined palate. You’ve gotta love music that’s made with real passion and skill. Antigama are still at the top of their game and show, once again, how Grindcore can be more than just speed and aggression. 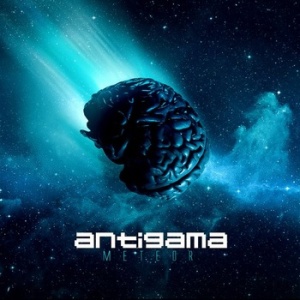 Meteor is the latest album from Polish Grind band Antigama.

Straight away you can tell that the latest Antigama album is just a top quality Grindcore release; the sound, the vocals, the playing, the delivery – it’s all spot on.

The recording is full and complete, with a devastating sound that makes the most of the band’s aggressive heaviness.

The vocals are brutal and satisfying with enough variety to keep things interesting but sounding good enough that the variety is a bonus and not something that’s necessary.

The playing of the band is tight and focused. They alternate between fast and aggressive, staccato stop-starts, brutal blasting and atmospheric heaviness with ease and the confidence of true professionals.

They’re also not afraid to experiment, with electronics and effects on some songs as well as guest and alternative vocals; it all adds up to something special.

Another solid, top quality release from these Grindcore masters; Meteor should see them at the head of the modern Extreme Metal pack.