Gods Forsaken are a death metal supergroup and this is their second album.

This is the follow up to the band’s 2017 debut album In a Pitch Black Grave, and it shows that Gods Forsaken have lost none of their talent for butchery. END_OF_DOCUMENT_TOKEN_TO_BE_REPLACED 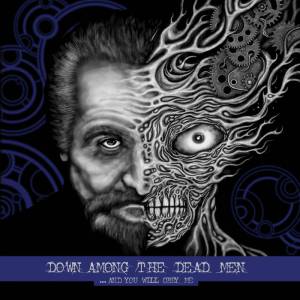 This is the third album from Down Among the Dead Men, an international death metal/crust supergroup.

The two main members of this band have a wealth of experience between them. This includes, (but is not limited to), Echelon, Megascavenger, Paganizer, The Grotesquery, Those Who Bring the Torture, Just Before Dawn and Ursinne). Phew, that’s a lot of expertise. END_OF_DOCUMENT_TOKEN_TO_BE_REPLACED