Unmerciful are a US death metal band and this is their third album.

After 2016’s Ravenous Impulse, the band are now back with a new vocalist and drummer, with 38 minutes of brutal death metal for us to get beaten around by. END_OF_DOCUMENT_TOKEN_TO_BE_REPLACED 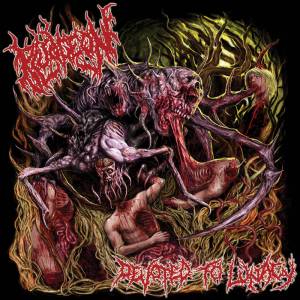 This is the debut album from UK death metallers Bludgeon.

In some ways this album is a textbook example of what-you-see-is-what-you-get – the album cover just screams brutal death metal ripped from the underground in huge great bloody chunks. In other ways, however, this does Bludgeon a disservice, as this release is surprisingly technical and involved, and the band’s individual personality shines through the gore with an unexpected brightness. END_OF_DOCUMENT_TOKEN_TO_BE_REPLACED

Lago are a US death metal band and this is their second album.

I greatly enjoyed both 2014’s Tyranny and 2016’s split with Calm Hatchery, so I’m pleased to be able to catch up with Lago for their newest album Sea of Duress. END_OF_DOCUMENT_TOKEN_TO_BE_REPLACED

Eternal Rest are an Australian technical death metal band and this is their second album.

This is technical death metal that’s relatively low key in how it shows off, choosing the usually superior route of concentrating on the actual songs themselves rather than ostentatious showmanship. A wise choice. END_OF_DOCUMENT_TOKEN_TO_BE_REPLACED 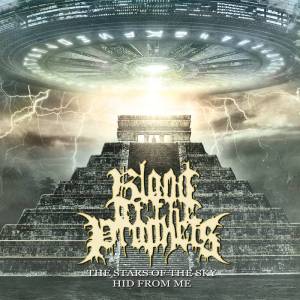 Blood of the Prophets are a death metal band from the US and this is their second album.

This is a modern brand of extremity, one that mixes elements of modern, melodic, technical death metal, and deathcore together into a sci-fi themed 24 minutes. END_OF_DOCUMENT_TOKEN_TO_BE_REPLACED 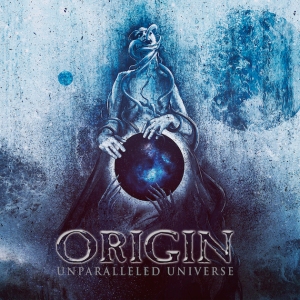 This is the seventh album from US death metallers Origin.

This is the third album from this Indonesian death metal band.

Here we have a 30 minute feast of underground, ugly brutality inspired by the classic USDM sound. This is for fans of Suffocation, Deeds of Flesh, Dying Fetus, Origin and the like. Grausig pay homage to their heroes across this relatively short album by playing their death metal as brutally as they can. END_OF_DOCUMENT_TOKEN_TO_BE_REPLACED 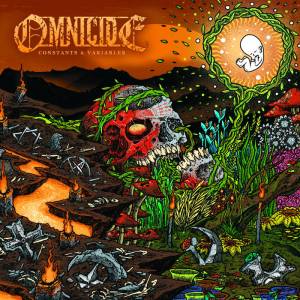 This is the second album from this Swiss death metal band.

This is 34 minutes of modern death metal that effectively combines speed and groove.

Cannibal Corpse-esque riffs mix with elements of deathcore and bands like The Kennedy Veil and Origin, as well as sprinklings of thrash metal here and there. The resultant music sounds like none of the above bands too much, although you can hear where their influences come from. That the band can clearly acknowledge END_OF_DOCUMENT_TOKEN_TO_BE_REPLACED

This is the second album from these Death Metallers, who hail from Ecuador.

With an album cover that screams 80s death metal, possibly with a bit of thrash mixed in, Epidemia actually reveal themselves to be much more of a brutal 90s proposition. Leprocomio is raw, ugly and mercilessly aggressive.

The songs on this 35 minute excursion into the torturelands are savage and give the listener a right old battering. When they’re not ploughing ahead at full speed, they have a rhythmic brutality that recall END_OF_DOCUMENT_TOKEN_TO_BE_REPLACED

This is the début album from Spanish Brutal Death Metal band Carnivorous Voracity.

Making a strong opening statement of intent with their album cover, Carnivorous Voracity proceed to deliver almost exactly what you might expect over these 36 minutes.

It’s very hard for me to dislike Death Metal like this. It’s savage and nasty, but with enough songwriting savvy to make sure that the music doesn’t become too one-dimensional. This is an important point, as a lot of bands of this ilk are essentially one-trick ponies, no matter how enjoyable.

With The impious Doctrine the band have ensured that there are enough elements of a few different types of ugly brutality included to keep things fresh and interesting. Brutal Death Metal forms the core of the release, but there’s sprinklings of Classic, Modern, Slam and Technical Death Metal thrown into the blender. It all makes for a very satisfying album.

The songs hit the mark, they really do. Although not a band who are primarily about hooks and catchiness, there’s a surprising amount of good hooks on here regardless, and overall this is a very strong album.

The recording is solid and everything sounds slick and professional. The blasting drums and face-smashing riffs are in-your-face, tight and focused.

The vocalist veers between lethal growls and ugly pigsqueals; being very proficient in both he never puts a foot wrong in his delivery.

Yes, this is a very, very nice release. TIME FOR FULL VOLUME CARNAGE!