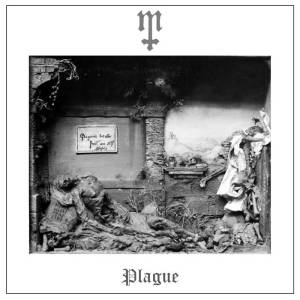 Mastiff are a hardcore/sludge metal band from the UK and this is their second album.

Mastiff play the kind of pitch-black ugliness that I really like. Mixing styles and genres into an extreme metal mass of festering hatred and misery, Plague contains elements of doom, sludge, hardcore, and grindcore, all hatefully mixed together and vomited onto the listener with scorn and bile. END_OF_DOCUMENT_TOKEN_TO_BE_REPLACED

This is the second album from US blackened hardcore band Funeral Chic.

This is the debut demo from one-man deathgrind outfit Misrule, from the US.

With only a total duration of 8 minutes, Forced to Suffer utterly demolishes everything in this brief playing time. END_OF_DOCUMENT_TOKEN_TO_BE_REPLACED

This is the début album from Russian Grindcore band Smothered Bowels.

9 tracks in 21 minutes; Smothered Bowels waste no time with bringing the brutality and the blasting heaviness.

Featuring extreme pignoise vocals in addition to the odd incoherent scream, this is Grind that combines Goregrind and Deathgrind into one heaving mass of bloody chunks.

The Death Metal influence is apparent from some of the riffs and the occasional guitar solo. This is combined with the brutal extremity of Goregrind to create an album that teeters on the Death Metal brink but never quite fully converts.

There’s enough blurring between the similar genres to provide Smothered Bowels with an interesting foundation on which to lay their house of carnage.

The songs make use of Death Metal’s dynamics and Grind’s blasting insanity to create tracks that recall the top quality work of bands like Circle of Dead Children and Plague Widow. Both are firm favourites of mine so that’s a high compliment.

Smothered Bowels have put together a really enjoyable release that avoids the trap of one dimensionality by employing good songwriting and an impassioned bludgeoning.

An impressive first foray into the Grindcore underworld. Hopefully this will not be overlooked, and doubly-hopefully the band’s next release will be even better, as this is pretty damn good already.