Oecist are from the US and play Post-Metal. This is their début EP.

This is instrumental Metal in the style of bands such as Cloudkicker, Red Sparowes, Pelican and the like.

At just under 20 minutes it’s a relatively short listen but it serves as a good introduction to the band and what they’re capable of.

And just what is it that they are capable of then? Well, they create expansive, emotive music that enjoys the freedom and grandeur that Post-Metal offers.

It’s melancholic, expressive and packs a pretty good punch. Unlike some Post-Metal bands who emphasize the Post- part of the style more than the -Metal part, Oecist seem to have the two pretty much equally distributed through this EP. They’re not afraid to let things get heavier when they need to.

This is an enjoyable début. Hopefully future releases will see the band expanding on their sound and building on what they’ve accomplished with XVIII LIII. Here’s to the future.

Mothersloth are from Spain and this is their début album. They play (mostly) Instrumental Stoner/Doom Metal.

This album combines Doom, Sludge and Stoner with a bit of Progressive Rock to create an album that is much better than most albums without a vocalist has any right to be.

The band seem to have a finely judged sense of dynamics and pacing and the songwriting is of a very high standard, especially considering this is only their first album.

They have immense heavy riffs that are also catchy and memorable, as has to be the case for an instrumental band of this type. They’re not entirely predictable riffs either as they do throw in the odd curveball and unexpected touch here and there.

With a crisp, clear sound the band get to shine strongly as the groovy sounds roll out of the speakers.

If the band merely concentrated on the Stoner side of their sound this would be a good release, but it’s the fact that they also incorporate other styles that brings things up to another level. The tempo and time changes, the more Progressive riffs and the more complex arrangements that complement the basic structure of this style makes for a compelling listen.

The final song Dry Tears does actually feature vocals. These are clean and confident; like the rest of the album they’re perfectly judged and executed.

This album has surprised me with just how good it is. I highly recommend this for anyone into any style of heavy music. If they can keep this level of quality up and get a bit more exposure then I can easily imagine big things in the future for this band. Top work.

Australasia are from Italy and play Post-Black Metal Shoegaze.

Well, I love the album cover, so that’s a good start.

These are largely short compositions although they have all of the time they need to make themselves felt.

These are songs that are as emotive and translucent as any in the style. They take the listener through the usual gamut of emotions typical of Shoegaze releases of this nature.

Post-Black Metal comes about when Black Metal and Post-Metal meet, as can be expected from the name. The addition of the Shoegaze tag usually specifies something similar, only in my experience tends to mean that the band have a fragile, brittle sense about them; not in any negative way but rather in the sense of everything being pushed and focused into making the songs as expressive and emotive as possible.

In Australasia’s case the emphasis is on the Post-Metal side of the equation rather than the Black Metal side, (although this aspect of their sound is still present). In addition to this the band also employ some Electronica influences and use this as a further aspect to their sound.

All of this describes Australasia perfectly as they have the hauntingly fragile delivery and highly evocative emotional appeal that typifies this kind of music. And they do all of it very, very well.

There are largely no vocals, so the instruments take centre stage. The only exception to this is some female vocals which are strong and assured; they appear very briefly as a small but important enhancement to a few tracks.

A recommended listen for seekers of sensation everywhere. 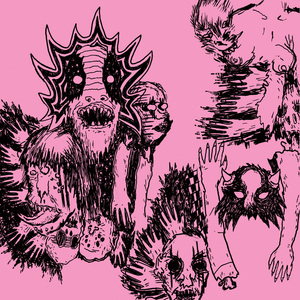 The Grasshopper Lies Heavy are an Instrumental Post-Metal band from the US, and this is their début album.

Originally released in 2010, the album has now been re-released, remixed and remastered.

This is a compelling display of Post-Metal with bits of Doom, Sludge and even Stoner dotted around the landscape like victims of some horrendous accident.

The band have a heavy, brooding sound that allows them to explore this scene of devastation and heartache with inured passion and an eye for detail.

The album explores various themes and moods throughout its near 33 minute playing time.

They take aspects of bands such as Isis, Russian Circles and Pelican and mould them into their own vision of what Post-Metal should sound like. It’s an interesting journey – sometimes harrowing; sometimes relaxing; sometimes ephemeral; sometimes crushing; always enjoyable.

A worthwhile addition to the Post-Metal pantheon. 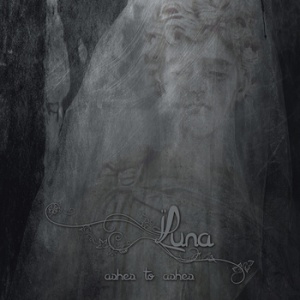 This is one single track, almost 57 minutes in length. It’s ambitious, epic and immense. If you’re a fan of bands like Monolithe you’ll love this.

The band boast a strong sound that they use to their every advantage as this weighty track unfolds.

This is splendid stuff, and so easy to get lost in. Rather than one long track it’s like listening to a full album of lengthy, (but numerous), songs and just sitting through the whole thing in one go.

Whether martial and marching or doomy and slow, the song works no matter what it does and ultimately the entire thing just sounds great. There are so many shades and textures on this album it’s simply stunning.

As you listen to it it’s easy to get swept along with the dark feelings the album evokes; it’s almost cinematic in scope and is thoroughly realised and executed. This is the aural equivalent of a massive Sci-fi scene that unfolds with grandeur and terrible awe.

There are no vocals, but they would probably just get in the way anyway. For a band like Luna the music is more than enough.

Haunting and special. A must listen.

I’m not a massive fan of Djent, as I find most Djent bands become really generic really quickly; however the Djent influence on this EP is more of a side-dish than the main meal and as such it works for this release instead of against it.

These tracks are largely relaxed and laid back; they know exactly what they want to achieve and know there is no point in rushing things. Even when the larger than life guitars and double bass are blaring out the songs retain a serene atmosphere.

The compositions are clearly from a musically mature mind and the juxtaposition of the ambient and classical sounds with the Djent influence works well.

This EP is four songs in 17 minutes and is a worthwhile listen for anyone looking for some atmospheric mood Metal.

Give it a try.

Fossils are a two-piece drum/bass combo from Denmark that play instrumental Punk/Metal.

Flesh Hammer is the sound of controlled aggression and groovy tunes.

The bass has such a heavy, electronic quality to it that it’s almost like listening to a heavily distorted arcade game – and I say that purely as a compliment.

This is a short release at only 20 minutes, but this is all that’s needed when the creativity and imagination of the band is channelled so specifically into creating instrumental pieces that pile on the rhythm and heaviness. It just doesn’t have time to get dull.

An interesting and strangely addictive diversion from the well-trodden paths of the standard Metal music walkways; this will make a worthwhile addition to anyone’s collection. 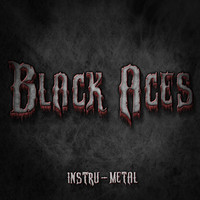 The band know how to play their instruments and write short, bouncy songs with plenty of energy and flair. Their sound is somewhat akin to how Korn would sound if they were instrumental and had more leads. Black Aces have that same kind of bass sound and drum/bass interaction that Korn used so well on their first album.

The band show considerable talent and potential for a début, especially from such a young group.

Hopefully the future will bring bright things for them. 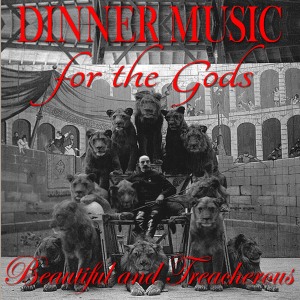 Dinner Music for the Gods are from the US and play exotic instrumental Jazzed-up Metal.

This is eclectic and worldly Metal, with all kinds of different tempos and moods throughout. The band are adept at creating special atmospheres with their music rather akin to the feeling of different types of scenes in films. One can imagine slinking through high-class society, relaxing with the upper echelons and mixing with the elite.

This 47 minute album takes you on a tour through glamour and glitz, intrigue and drama. The destinations are heady and the journey fraught with danger, but for brave entrepreneurs it’s all worth it.

This could almost be movie soundtrack music.

The guitars gallop, solos are omnipresent and the drums and bass lock everything down. The band use their musicianship to traverse multiple styles across these 8 tracks; the core is one of guitar-based Rock/Metal but this is only the starting point on an expedition that takes in such genres as World Music, Flamenco and Jazz, to name but a few. Their musical skills and know-how are beyond reproach.

This is a good album to drive to; as the scenery changes so does the music. Have a listen and let them take you to a world of ballrooms and parties. 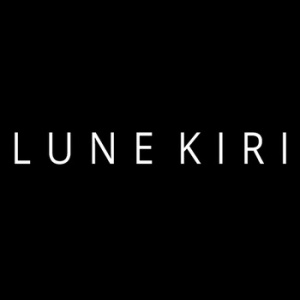 Lune Kiri are a Post-Rock band from the US and this is their first release, containing 4 tracks at 35 minutes in length.

This is winding and exploratory, and pleasantly relaxed. Lune Kiri already seem to have mastered the art of mood and texture, and this EP would be really impressive if it wasn’t their first release, let alone the fact that it is.

Sometimes the meandering, wandering guitars paint a glorious picture and they sound so liquid you can almost imagine the brush sweeping them over the canvas. Other times they play heavier, murky, dirge-ridden riffs that want to suck you into their world. Stockholm contains both types in its 15 minute playing time.

My only real “complaint”, (and it’s not really a complaint), is why they called this a demo. The songs are so accomplished and the sound quality so good that this is essentially just a first EP. Apart from that head-scratcher I would advise anyone who likes bands like Red Sparowes, Pelican, Cloudkicker, etc. to immediately run to get this.