Toothless are a hardcore/metalcore band from the US and this is their latest EP.

The press blurb describes Red as being influenced by bands like Norma Jean, The Chariot, and Every Time I Die, and I can see that; this is of that same breed of chaotic, barbed metal/hard/noise/mathcore. If you like those aforementioned bands, then you should get on very well with Toothless. END_OF_DOCUMENT_TOKEN_TO_BE_REPLACED 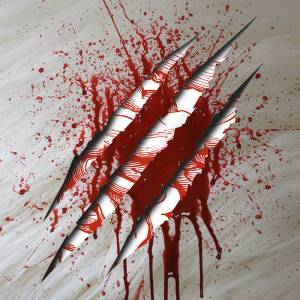 Bear are a Belgian metal band and this is their third album.

Okay, so the album cover and band name pretty much sum up what this sounds like – you’re gonna get mauled.

Coma Cluster Void are a death metal band, (of sorts), and this is their debut album. They have an international lineup, with members from Canada, Germany and the US.

This album features not one, but two ex-Cryptopsy singers. You heard that right. To be fair, one of them, (Lord Worm), is only a guest vocalist on a couple of tracks, but still. The other, (Mike DiSalvo), is only one half of the vocal attack, the other half being provided by END_OF_DOCUMENT_TOKEN_TO_BE_REPLACED

This is the second album from US Modern Metal band Devil You Know.

Featuring ex-members of such high-profile bands as Killswitch Engage, Divine Heresy, All Shall Perish and Bleeding Through, you know there’s a wealth of experience and talent behind this album before you even press play.

When you do press play, I like that there’s no messing around with pointless intros or anything like that; it’s straight into the double-bass led action, with plenty of heaviness and groove.

The singer is on fine form. Whether he was shouting at the top of his voice in Killswitch Engage or Blood Has Been Shed, he has always had a top-rate set of lungs. The majority of his work on They Bleed Red is angry and harsh shouting, although other variations are also used, as well as his clean singing voice.

The music is heavy and full of rhythmic Metal that also takes influences from both Metalcore’s beatdowns and the more extreme, faster side of Modern Metal. Although it’s all thoroughly modern and new-sounding, they still find the time to add in some more Classic Metal influences, including the odd guitar solo.

The production, as should be expected from a band like this, is huge and crushing. Bands like this need a strong sound as otherwise the power of some the riffs can easily be distilled. No such worry here, of course, and you can feel every guitar riff and drum beat.

They Bleed Red is a good combination of the more commercial side of Metal mixed with a heavier, more extreme sensibility. It’s too heavy and shouty to be as popular as a band like Killswitch Engage, but it’s got a commercial edge and songwriting-calibre that will see it snapped up by those who like some catchy songs with their heaviness.

Give it a listen and see what you think.