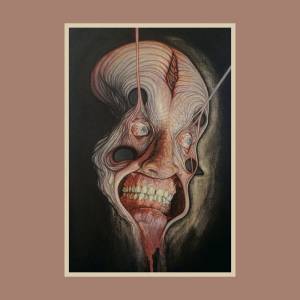 This is the second album from Danish post-metal band Kollapse.

2017’s Angst was an enjoyable slab of emotive heaviness, and Sult follows on from this with 41 minutes of new material, a new lineup, and a change in sound.

The core of the band’s heaviness is intact, with its main delivery of post-hardcore sludge heaviness. This has been expanded, however, with a greater emphasis on post-metal. The resulting album offers a compelling mix of emotive tensions, dissonant nuance, crushing heaviness, textured introspection, and harrowing moods.

The songs are well-crafted, and remind me of what it might sound like if you took Isis, added a bit of Cult of Luna, and then threw in a heady cocktail of bands such as Torn Apart, (old) Eighteen Visions, Poison the Well, Burnt by the Sun, and Blood Has Been Shed for flavour. In other words, Sult seems to somehow sit in the hinterland between hardcore and post-metal, and although it usually veers more towards the latter than the former, when I’m listening to this album I can hear the echoes of both.

With good songs, an engaging sound, and a thoroughly enjoyable delivery, Sult exceeds the quality of the band’s debut album. Kollapse’s new album is worth spending some time with.