Wonderbox Metal gets sent a lot of new music, (which is great), but there’s no way that everything can get covered unfortunately, (which is not so great). This new column hopes to redress this balance, if only slightly, by taking a look at a handful of releases that a record label has recently sent out that might have otherwise slipped through the cracks.

This time we’ll take a look at some releases from Majestic Mountain Records, which is a record label that I’ve only really just discovered via the wonderful Kal-El. I know nothing about the label, but I like what I’m hearing, so let’s delve into some of what they have to offer below… 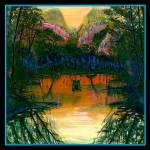 Bogwife. Now there’s a name. They play a mix of doom metal, sludge, stoner, and psychedelic rock, and they do so rather well.

The riffs are heavy and gratifying, the drums solid and weighty, and the vocals clean and soaring. There is fuzz aplenty for everyone, and Bogwife know exactly how to dish it out. Imagine a curious mix of Slomatics, Reverend Bizarre, Yob, and Black Sabbath, and you’ll be on the right lines.

I liked this. It’s an enjoyable slab of engaging doom, and should be right up your street if you’re a fan of the style. 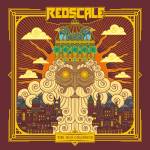 Now it’s time for Redscale to take a moment to shine. This is music to rock out to, and The Old Colossus kicks out the jams quite convincingly.

Filled with stadium-sized hooks, rich melodies, and big choruses, this is an easy album to like and enjoy if this sort of thing floats your boat. Groovy and full of riffs, the songs don’t outstay their welcome, and it’s clear quite early on that Redscale know how to pen a good tune.

If you’ve a taste for this sort of thing, then The Old Colossus is a fine listen. 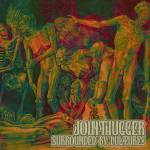 More doom now, or should I say DOOOOOM! Surrounded by Vultures is steeped in doom and stoner metal tradition, and injected with a psychedelic exploratory streak a mile wide.

The band craft big songs that take their time to get where they’re going to, in the best of ways; this is about the journey, not the destination. Jointhugger have produced a sea of huge riffs, psychedelic workouts, and charismatic vocals. The fuzz is strong with this one, and this is an album to get lost in as its distorted waves crash into you and wash you away.

If you enjoy acts like Electric Wizard, Domkraft, and Yob, then this is for you. 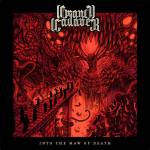 Grand Cadaver – Into the Maw of Death – Death Metal – Sweden

An unexpected change of pace now, as we’re suddenly in death metal territory with Into the Maw of Death. Also unexpected is the fact that Grand Cadaver feature current and ex-members of Dark Tranquillity, Katatonia, and Tiamat. Who knew?

This is 37 minutes of classic-styled Swedish death metal. It’s a joy to hear the singer of Dark Tranquillity scream, growl, and grunt over chainsaw guitars and macabre melodies. The pedigree of the rest of the band members is apparent too in the songwriting; this may be an old-school style, but Grand Cadaver put their best songs forward and the results speak for themselves.