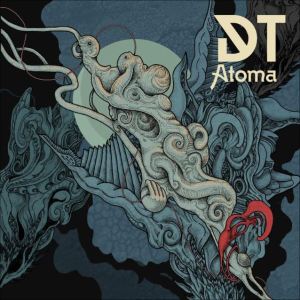 This is the eleventh album by Dark Tranquillity, a melodic death metal band from Sweden.

Now this is the stuff. Dark Tranquillity know what they’re doing. I’ve been a fan of this band for a long, long time, but somehow haven’t kept up with their last couple of outings, so it feels great to reconnect with them on this release.

Well, it’s a very good album, I can tell you that right from the start. The singer’s distinctive gruff vocals are greeted like an old friend, and the band’s atmospherically aggressive brand of melodic death metal is on fine form across these 50 minutes.

The guitars have that very enjoyable balance of aggression and melody, veering towards one or the other more or less, depending on the needs of the song in question.

Keyboards, electronics, piano and effects add extra texture to everything. These are well-composed additions to the core sound of the band, enhancing the songs without ever becoming a contrivance or annoyance.

The songs feature the kind of catchy and memorable music that we’ve come to expect from this type of thing, played with the skill and talent of a band that were formative in the creation of the entire sub-genre. There’s a lot of good ideas and emotive hooks here, designed purely to get into your head and keep you returning to the album. It works.

There’s more variety on this album than you might think, too. It’s clear that a lot of thought and consideration has gone into how these tracks are constructed, and what the aims of the various sections are. The execution is impressive.

The familiar vocals of the singer sound actually better than ever on this release, and it’s good to hear him using his clean singing voice on some of the tracks. His is a sterling performance taken by itself, but when combined with the rest of the music the entire package of Atoma is a winner.

Easily enjoyable and effortlessly satisfying, Atoma is destined to be played again and again in my collection.