It’s once more time to catch up with some of the best metal releases of the past month. Check out the albums below and let me know which one your favourite is.

We’ll start with the sheer malevolent brutality of Disentomb‘s The Decaying Light. This is dark, cold, unfeeling death metal, the type that could crush you with its oppressive weight and not bat an eyelid. Dissonant brutal intensity mixed with grim claustrophobic atmosphere is rarely done as well as this.

July saw the ambitious and compelling black metal release that was Potent by False. Aptly named, the album is a storm of melodic and atmospheric power and force. Mixing the American classic Norwegian styles with skill and ease, Potent is an album to return to again and again, each time finding new hidden gems within the band’s sprawling soundscapes.

LINGUA IGNOTA unleashed CALIGULA in July, and what a beautiful monster it was. Combining noise, avant-garde, industrial, and post-doom/rock into an unflinching experimental exploration of dark emotional catharsis, CALIGULA‘s ethereal delicacy and daemonic intensity make for an absorbing and horrifying piece of challenging art.

The grim immensity of Planetary Clairvoyance by Tomb Mold is a thing to behold. Foul and putrid on the surface, yet writhing with complex life beneath, Tomb Mold’s latest excretion is a riff-fest of cosmic brutality and macabre atmosphere. Hideously infectious, and lethally effective. 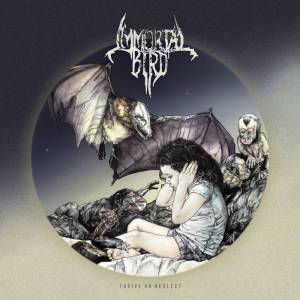 Smashing together death metal, black metal, sludge, and grindcore with contemptuous ease, Immortal Bird returned in July with Thrive on Neglect. This album is a feast of extreme metal, one which really hits the blackened spot. Immortal Bird’s alchemical, chimerical metal continues to go from strength to strength.

Brief it may be, but there’s no denying God Hand‘s power. Brand of Sacrifice’s debut album is a powerhouse of huge slamming riffs and guttural death metal fury. More than this though, the band even manage to pack in a bit of atmosphere and texture as they’re tearing your face off. You can’t go wrong with that.

The blackened death metal assault of Black Shroud’s first album Death Culture is an experience to savour. Full of brutal character and grim mood, Black Shroud have impressed. The songs are good, the recording is good, the singer is good; Death Culture has the whole package. Quality stuff.

Patterns in Mythology is as expressively affecting as you would expect from Falls of Rauros. On their new album the band continue their ascent to the top of the atmospheric black metal pile, with a new collection of richly textured songs for us to relish and enjoy. Immersive and impressive. 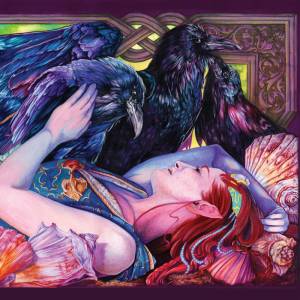 Arctic Sleep’s Kindred Spirits contains the type of gorgeous, highly emotive atmospheric progressive doom that rarely comes along. This is the sort of superlative album that end of year lists dream about, and I’m sure that Kindred Spirits will grace mine this year. A triumph of luscious, beautiful metallic glory. 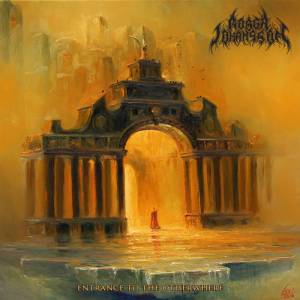 We’ll end this month’s round of releases with the old-school melodic death metal treat that is Rogga Johansson’s Entrance to the Otherwhere. Well-written and very satisfying, this is a song-based album of hook-filled gems. Extremely enjoyable, this is classic death metal designed to stick in the brain like a spike.