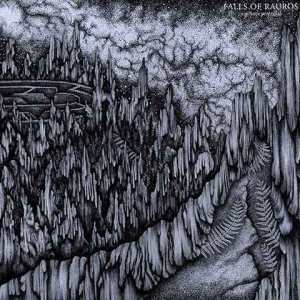 This is the fourth album from Falls of Rauros, a black metal band from the US.

Falls of Rauros are a band that I know can always be relied upon to deliver. Across their various releases they have produced a wealth of atmospheric and engaging folk-influenced black metal that has never failed to impress and satisfy me. The same can be said of Vigilance Perennial in this regard too.

This is the follow up to 2014’s Believe in No Coming Shore, which is an album that demonstrated just how good the band were becoming at what they do. Thankfully, like the best of bands, each release seems to show them getting better and better, progressing further along the lines of mastery of their chosen medium. Vigilance Perennial is the apotheosis of their art so far.

The songs on this release draw from a rich wellspring of creativity, with the band digging deep into their collective influences and striking proverbial gold. The music Falls of Rauros have produced on this album is multifaceted and textured with all manner of layers and nuances of delivery.

With winding guitar leads, emotive sweeps and subtle reflection, the band can always be relied upon to have a lot of depth in their music. There’s aggression here too, as this is still black metal, but combined with the rampant atmospherics and embedded folk elements, we get 44 minutes of music that transports the listener into cold, enchanting climes that may be threatening, but are also awe-inspiring for those brave enough to venture fully into them.

There’s no filler here, and what little extraneous fat the band had in the past has been relentlessly purged through some what were undoubtedly lean winters. All that is left is a band that sound like they have taken great care in crafting every single second of this album with a loving attention that you just don’t see in a lot of music.

Mixing elements of progressive, melodic and post-black metal into their sonic palette, there’s a lot of beauty here and Falls of Rauros have produced their best work to date on this latest album.