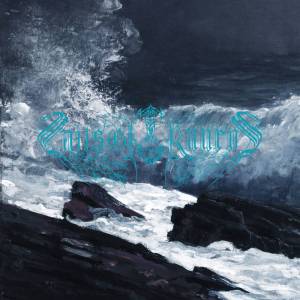 This is the fifth album from US black metal band Falls of Rauros.

After 2014’s very strong Believe in No Coming Shore, and then 2017’s Vigilance Perennial, which was even stronger, we now turn to Patterns in Mythology. Have the band managed to continue their upward trajectory?

Yes, quite simply. Providing the listener with the sort of folk-tinged black metal that the band have become renowned for, Patterns in Mythology is the band’s most well-realised work to date.

The album is simultaneously a collection of all of the knowledge, skills, and ideas the band have accumulated and mastered so far in their career, but also shows them pushing further into newer waters too. They have accomplished this by sharpening their songwriting even further, and exploring a few different ideas and creative flourishes across the songs.

Melodic, atmospheric, and richly textured, Patterns of Mythology is an overall heavier, more distorted release than Vigilance Perennial, for example. Avoiding monotony or one-dimensional delivery has never been a problem for this band, but even with the less-frequent folk and post-rock excursions, the band’s new material is still expressive and well-rounded. This is at least partly down to the increased deployment of guitar leads and solos, adding a post-black metal resplendence to the music when they appear.

It’s all carefully and thoughtfully integrated into the band’s existing sound, bringing us back to the fact that this album intelligently crafts music that combines what has come before, with newer avenues of exploration. The end result is an immersive, highly enjoyable journey through blackened soundscapes.

With a wide-range of ground covered, (within the band’s comprehensive framework), and an emotive core that seems to just seep through the music in all of the right ways, Patterns of Mythology is an absolute joy to lose yourself in.

Essential listening for any fan of expressive and immersive atmospheric music.

4 thoughts on “Falls of Rauros – Patterns in Mythology (Review)”