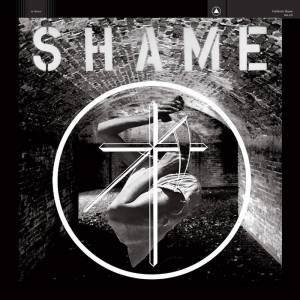 After enjoying 2018’s The Long Walk and the following year’s collaboration with The Body, I was eager to find out what Shame brought to the table.

Uniform know how to write guitar parts that grab you. There’s an emotive power here, especially when combined with everything else in the music. The band’s industrial leanings flavour the music well, adding just enough to give the music valuable electronic enhancement, but without draining away the music’s heart. A punk influence can clearly be heard too, especially in the vocals, which works really well integrated into the industrial/noise base. Or maybe it’s a punk base, with industrial/noise constructed around it? Either way, it sounds damn good.

The songs are quite diversified for this sort of release, and stylistically each track here has its own personality. Uniform don’t stay in largely the same pace like many bands of this ilk do. Instead we get everything from slower moods right up to energetic blast beats. Related to this, I particularly enjoy the percussion on this record, as it is varied and frequently adds more than simply a backing beat. The album feels, (and is), very well-rounded and complete, with good pacing and flow, both of which complement the strong songwriting and showmanship.

The shouted vocals are raging and pained, and filled with emotion. They’re well-performed and, much like the music as a whole, quite catchy in places. The singer dominates the music with his narrative snarls, but never at the expense of the songs as a whole.

Imagine a mix of bands such as Helmet, Godflesh, Ministry, Fudge Tunnel, and Pitchshifter, and you’ll have a rough idea of what Uniform’s brand of metallic industrial noise rock sounds like.

Shame is very, very good. I confess that although I was looking forward to hearing this record, I wasn’t expecting it to be anywhere near as strong as it is. If this sort of music floats your boat, then this is an essential listen.