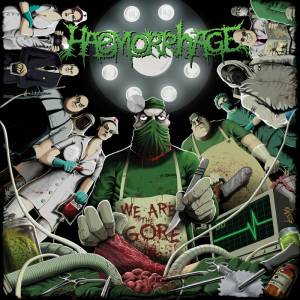 This is the seventh album from legendary Spanish goregrinders Haemorrhage.

This is 35 minutes of unhinged medical mayhem. However, the band also know the virtue of restraint when necessary, as sometimes the applied force of a surgical strike is more effective than a chainsaw to the guts. END_OF_DOCUMENT_TOKEN_TO_BE_REPLACED 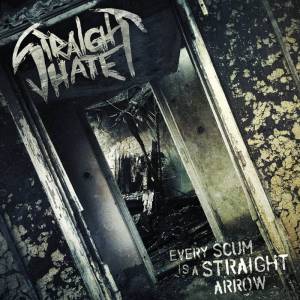 Straight Hate are a Polish grindcore band and this is their début album.

Well, isn’t this a delectably savage little slice of nastiness?

Straight Hate have a nicely gritty sound that sees them rip faces off with ease over these 26 minutes. The music is fast, brutal and designed to go right for the kill. END_OF_DOCUMENT_TOKEN_TO_BE_REPLACED

This is the second album from Polish Grinders Norylsk.

This is ugly Grind for fans of Regurgitate, Brutal Truth and Squash Bowels. It’s fast, brutal and the epitome of savage.

Norylsk largely have an Old-School sound but they do have some modern elements and ideas here and there. This is enhanced by a heavy, modern production.

Growls, screams and something that sounds like gargled broken glass are the main forms of attack from the singer. I worry about the health of his throat.

Norylsk blast, groove and tear their way through these tracks with clinical precision and furious focus. It’s a near-unrelentingly heavy assault and the band clearly know what they’re doing.

This is Deathgrind for people who like the Old-School style delivered in a modern way. It’s an impressively brutal album but one that doesn’t become too one-dimensional thanks to good songwriting and a few non-standard ideas in places, (including clean female vocals and spoken word on Mental Selection).

For Grindcore with weight and substance, look no further. 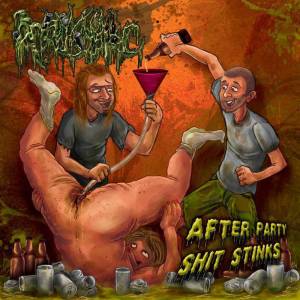 Analkaholic are from New Caledonia and play Grindcore. This is their début album.

Analkholic play utterly extreme Goregrind in the Regurgitate style, and they do it with copious amounts of bodily fluids and an excess of brutality.

The songs are short and single-minded in their approach to Grind. This is not a band who experiment or innovate, this is a band who want to find the limits of extremity and then go beyond them.

Blistering blast beats and hyper-aggressive guitars burst from the speakers to beat you senseless. The band realise the danger of becoming one-dimensional too, so it’s not all played at full-speed; they also include sections that are more Punk-oriented or groovy in their assault.

The guttural pig-noise grunts are a thing of depraved torture and the singer sounds like he’s a slaughtered animal somehow stuck between life and death at the moment of agony. I’m not always a massive fan of this kind of vocal style, but here it fits the music so well and it just works.

These tracks are actually quite well written. I say “actually” as it’s easy to write off music like this as mindless brutality and be done with it. Of course, there is that element of their sound for sure, but there are also some pretty decent riffs and vocal patterns on this release; rather than just covering themselves in human waste and bashing the instruments as hard as they can, (which I’m sure they do from time to time), Analkholic seem to know what they’re actually doing. There are some really good bass parts on the album too, which is always a pleasure to hear.

A disgustingly wet and warm way to spend 27 minutes. Give them a listen and get ready to Grind one out.

Jig-Ai are from the Czech Republic and this is their third album.

This is utterly brutal Grindcore in the vein of Regurgitate’s style of Goregrind.

The vocals are deeper than a pit full of pig corpses, although you can occasionally hear higher screams coming from the bottom of the heap.

The band play brutally fast with the guitars being hammered and the drums tearing off left, right and centre. They are also aware that a full album of that can potentially get dull so they inject slower, groovier moments into places that need them.

At just under 40 minutes this is on the long side for a Grind release and the constant onslaught of gore and butchery will probably put some people off. However, although it won’t set the world on fire, if you are a hardened Grinder there are some nice cuts on this release.

If you like Goregind then this is ably played and competently delivered.

Super Fun Happy Slide are from Australia – can you guess what genre they play…?

You guessed it – this is Grindcore. Nasty and aggressive Grind with massive balls and a baseball bat with a nail through it.

The guitar sound alone is enough to peel skin. It’s like they’ve taken the Swedish Death Metal tone, wrapped it in barbed wire and distorted and warped it into a tight, hard bundle of super-condensed matter.

The vocals are at both ends of the extremity spectrum, with deep growls and piercing shrieks vying for a place at the front of the carnage.

This is in the best tradition of a band like Regurgitate only with a bit more of a Hardcore feel to some of the riffs.

This is the kind of Grind that takes you back to a long time ago when you were just getting into the genre and everything sounded fresh and exciting. For that reason if no other you should seek this out and listen to it loud.

Every time I hear Squash Bowels they sound a little different. Tnyribal was different to The Mass Rotting – The Mass Sickening, which is again different to this. Of their albums in the middle of these releases I can’t judge as I haven’t heard them. Grindcoholism though is a very groovy brand of Grindcore, albeit still with plenty of blast to give Grind fans a good beating.

I really liked Tnyribal, and was disappointed with the more primitive incarnation on The Mass Sickening – The Mass Rotting. On Grindcoholism they have changed again; now sounding more muscular, direct and immediate.

This is enjoyable grind with relatively varied vocals and a good, solid sound; the drums in particular seeming to destroy anything they batter, while the thick Regurgitate-esque guitars swamp and cover everything in entrails.

As an aside; Squash Bowels remains one of my favourite band names ever. Just had to mention that.

Grindcore infused with a hardcore-groove while still steeped in the blood of countless victims. As extreme music goes it’s well worth a blast from the speakers, and a pleasant surprise for me to see how they’ve developed over the years since I last heard them.