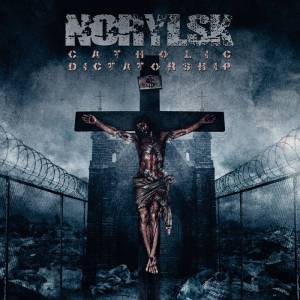 This is the second album from Polish Grinders Norylsk.

This is ugly Grind for fans of Regurgitate, Brutal Truth and Squash Bowels. It’s fast, brutal and the epitome of savage.

Norylsk largely have an Old-School sound but they do have some modern elements and ideas here and there. This is enhanced by a heavy, modern production.

Growls, screams and something that sounds like gargled broken glass are the main forms of attack from the singer. I worry about the health of his throat.

Norylsk blast, groove and tear their way through these tracks with clinical precision and furious focus. It’s a near-unrelentingly heavy assault and the band clearly know what they’re doing.

This is Deathgrind for people who like the Old-School style delivered in a modern way. It’s an impressively brutal album but one that doesn’t become too one-dimensional thanks to good songwriting and a few non-standard ideas in places, (including clean female vocals and spoken word on Mental Selection).

For Grindcore with weight and substance, look no further.