Phew. After the metallic overload of the past couple of months, June was a bit calmer. Having said that, I have a great selection of releases for you to salivate over, and I still had to cut a few for the sake of brevity that are definitely worthy of inclusion. Anyway, it’s on with the show! END_OF_DOCUMENT_TOKEN_TO_BE_REPLACED 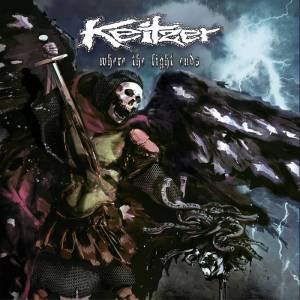 Keitzer are a German death metal/grindcore band and this is their seventh album.

Keitzer’s 2014 album The Last Defence was a particular favourite of mine, with its energetic and well-delivered deathgrind really hitting the spot. The follow up – 2016’s Ascension – was more of a death metal affair, and although I do prefer The Last Defence, it was still a solid and enjoyable record. END_OF_DOCUMENT_TOKEN_TO_BE_REPLACED 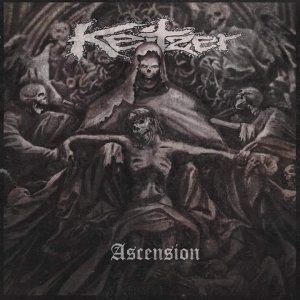 Keitzer are a death metal/grindcore band from Germany and this is their sixth album.

Keitzer’s previous album, The Last Defence,  was one that I particularly enjoyed and have returned to again and again since its release. It was a top display of angry grindcore mixed with death metal rhythm. Ascension picks up where The Last Defence left off, and then goes further down the sonic avenues of extreme metal.

Ascension’s songs are, on average, END_OF_DOCUMENT_TOKEN_TO_BE_REPLACED

Keitzer are from Germany and play Deathgrind. This is their fifth album.

This is pissed off Grind with the rhythmic brutality of Death Metal thrown into the mix in order to have every base aggressively covered.

The Last Defence is lean, mean and full of hatred. The blastbeats are furious Grind and the slower parts have Death Metal’s focused, crushing attack.

This isn’t flash-in-the-pan, blink-and-you’ll-miss-it Grindcore, although the shorter songs are suitably represented. The songs are a little longer on average than a lot of Grindcore bands which gives the band the chance to deal out their Death Metal influenced assault with enthusiasm and a destructive will.

The riffs are tight and the entire attack that the band have is controlled and utterly lethal.

Keitzer know how to keep things interesting and have produced a relatively varied release in the sense that the riffs and drum beats don’t descend into monotony. Interest is held throughout this very brutal and proficient display of Deathgrind.

The singer has a great voice and he barks, screams and growls his vicious diatribes throughout the duration of the tracks. The songs themselves are surprisingly catchy and memorable. They’re backed up by a great sound too so that you can almost feel the devastation they leave in their wake.

A top class album. Combining the rhythm of Death Metal with the wanton destruction of Grindcore rarely sounds this good.

Check this album out.