Dread Sovereign have returned with their latest album For Doom the Bell Tolls, and it’s quite a corker. Their debut album already showed what an impressive proposition they were, and their latest seals that view. Where Dread Sovereign go, I will follow, for their doom metal is truly the way. END_OF_DOCUMENT_TOKEN_TO_BE_REPLACED

This is the second album from Irish doom metal band Dread Sovereign.

2014’s All Hell’s Martyrs was an absolute stormer of an album, and definitely one of my favourites from the doom metal genre. After catching them live at last year’s Damnation Festival, I was very excited to eventually hear some new material from the band. Finally, the wait is over. END_OF_DOCUMENT_TOKEN_TO_BE_REPLACED

This is the twelfth edition of the UK’s Damnation Festival, and although it may be cold outside, inside there’s more than enough incendiary metal to heat things up. Hopefully the recent preview whetted your appetite, and now it’s time to see how the real thing turned out…

It’s with great excitement and expectation that I await Attan’s arrival. From Nothing is such a colossal opening statement for a band that I can’t wait to see how it translates into the live environment. END_OF_DOCUMENT_TOKEN_TO_BE_REPLACED

The UK’s Damnation Festival is fast approaching. Saturday 5th November will see a plethora of top metal bands, large and small, take to the stage in Leeds to show off their music, and there’s a lot to be excited about.

With a whopping 4 stages and a wealth of metal talent spread across many genres and drawn from all over the globe, there’s bound to be something here to satiate even the most jaded of metal tastes. There’s a very good reason it’s my favourite UK festival and seems to only be going from strength to strength every year. END_OF_DOCUMENT_TOKEN_TO_BE_REPLACED 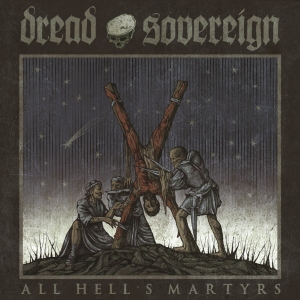 This is the début album from Ireland’s Dread Sovereign and they play Traditional Doom Metal.

At 67 minutes this is an epic album full of True Doom that is executed to perfection by people with an obvious mastery and love for the genre.

The singer is none other than the singer of Primordial, so you know the vocals are not going to be a let down. As usual his very characterful voice is on fine form and it adds a singular amount of personality and drama to the tracks.

The songs themselves are exceptionally well composed, with lots of stand-out moments. They have a real strength about them and feelings of grandeur and Doom majesty abound.

The album is chock full of prime riffage and they utilise both overtly catchy riffs and more subtle, insidious ones. On occasion they also use extra effects to highlight certain sections increasing the overall effect of the songs.

All Hell’s Martyrs is both a slow burner and an instant win; the best combination. It’s strong enough that it comes across straight away as an obviously special record, but it has enough depth and longevity so that it won’t simply be forgotten in a month or two. Part of this is down to the striking, expressive vocals, but it’s in large part to the master-crafted songs that are expertly put together.

Doom Metal has a new great and terrible leader. Lower your heads in reverence.