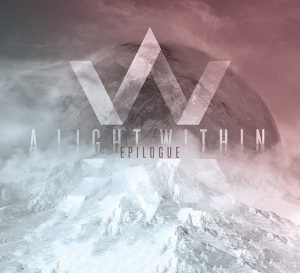 This is the latest EP from A Light Within, a post-metal band from the US.

This is atmospheric post-metal with some progressive and post-rock elements. Take the post-metal triumvirate of Isis, Neurosis, and Cult of Luna, and throw in some Deftones, The Ocean, and Devil Sold His Soul, and you’ll have a basic starting point. END_OF_DOCUMENT_TOKEN_TO_BE_REPLACED

This is the latest EP from Swiss progressive/post-metal band Nevborn.

A progressive post-metal EP that is just a single 19 minute song? Count me in! What’s that? It also features the supreme vocal talents of the singer of The Ocean? Stop, stop, you’re just overselling it now… END_OF_DOCUMENT_TOKEN_TO_BE_REPLACED

Neck of the Woods are a Progressive Metal band from Canada and this is their début EP.

Music like this is an exciting prospect; birthed of Metal in all its glorious forms, Neck of the Woods don’t constraint themselves with just one style and instead coherently incorporate lots of influences into their musical framework.

This is interesting, stimulating music for fans of Converge, Between the Buried and Me, Devil Sold His Soul, Mastodon, etc. – essentially any band that’s pushing the envelope, playing music from the heart and daring to be a bit different.

The throaty roar of the singer’s voice carries the deep resonance of Extreme Metal while the music explores the boundaries of its self-created domain.

The band can certainly play and they have a good side-order of technicality dished up with their meals. The complexity serves the songs though, rather than the other way around; the guitars carry the listener through landscapes that are familiar and yet fresh at the same time.

For all of this, the band are a very easy listen. The songs are vibrant and satisfying in the way that only good Metal can be. They have personality and seem to have been created purely for the love of it, as should be the way. Yes, there is aggression here, but it’s not of the nihilistic, hate-fuelled variety. Although I’d stop short of describing this as friendly music, it certainly is personable and agreeable. If you’re into heavy music, that is; the average person on the street would probably just view this as noise, as they tend to do with anything even vaguely Metallic.

Neck of the Woods are an exciting new addition to the worldwide Metal scene and I’m eager to hear what they do next.

Oh, and they also have a song called I Know Where I’ll Bury You. Class.

A Secret Revealed are a German Post-Metal band and this is their début album.

This is emotive Post-Metal that has a good mix of upbeat misery and negative energies.

The Bleakness is an interesting listen as it combines a few different styles of Modern Metal into a coherent assault on happiness. Post-Metal, Modern Metal, Post-Hardcore and even the odd bit of Doom, Shoegaze and Extreme Metal all get incorporated into their overarching depressive aesthetic.

The vocals consist of impassioned screams that are very much in the blood-curdling, emotive Hardcore style.

The music is nicely varied and revolves around the central motif of the band which is ultimately one of bleakness, it seems, (hence the album title).

Although it’s largely a heavy affair, the band never go too far into ultra-heavy territory and instead use the guitars for maximum emotional content. This is backed up and reinforced by the expressive leads and melodies as well as the odd bit of orchestration here and there.

This is a band who are enjoying the freedom of Post-Metal by doing their own thing with contemporary Metal music. They have eschewed the Doom route that most Post-Metal takes and instead has chosen the road less travelled by bands like Deftones and Devil Sold His Soul, only more Metallic.

The Bleakness may be just that, but it’s also a triumph. 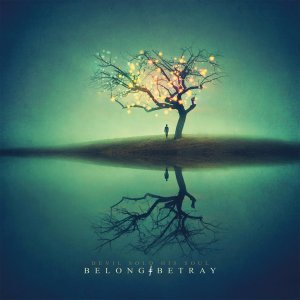 Devil Sold His Soul are from the UK and this is their latest EP. They play Progressive/Post-Metal.

I’m a big fan of Devil Sold His Soul’s early work, but somehow I never kept up with them and this is my first exposure to them in a while. I was interested to hear this EP for this reason, especially as this is their first release with a new vocalist.

As always their music is impassioned, expansive and very heavy when it needs to be. Their songwriting has become even more developed than their older work, however.

It’s immediately apparent that their new vocalist fits the band like a glove. Scathing screams seem to spike painfully into your mind, but you like it anyway; soaring cleans rise gracefully from the emotive riffs whilst cascading leads swell up around them. Replacing a vocalist can be a very tricky thing to do successfully, but I’m immediately sold.

These tracks, (of which there are five), combine crushing guitars and soothing, sombre tones to create a collection of songs that pluck at the heartstrings as well as trying to pull them out.

The combined fiery melancholic nature of the guitars mix with vocals that veritably drip with emotion; these songs reveal a band that are at the height of their powers.

It’s like the power and passion of Year Of No Light, the dynamic energy of Deftones and the flawless delivery of Cult of Luna all rolled into one exciting package.

I love this. You will too.

From the US The Restitution are a Progressive Metal band who aim to take a more cerebral approach to harder music.

According to the band they are influenced by modern Metal giants such as Deftones. The Restitution combine both clean and rough vocals over a more thoughtful and progressive musical background to create some good songs, and I hear elements of bands such as Isis, Devil Sold His Soul, Cave-In and Tool in their sound as well.

Melodies are used well and there is enough aggression strewn in with the Post-Rock elements to keep the energy of the tracks moving.

It’s obvious that a lot of attention and hard work has gone into crafting these songs and it all pays off. Whether they are raging and shouting or crooning and lulling, everything feels deliberate and you get the impression that every single second of this release was meticulously thought through and passed rigorous quality control methods before being confirmed as an actual part of the album. All of this leads to a varied and enjoyable collection of songs that work well individually but even better as a complete package of tracks – a listening experience.

Overall this is a high-quality release combining melodies and aggression seamlessly in a modern Metal style that leaves out all of the clichés and rookie mistakes that a lot of more accessible Metal usually makes. Recommended.