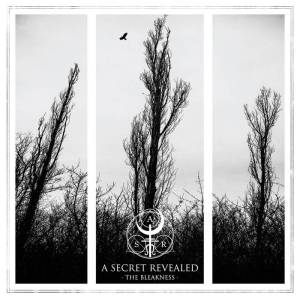 A Secret Revealed are a German Post-Metal band and this is their début album.

This is emotive Post-Metal that has a good mix of upbeat misery and negative energies.

The Bleakness is an interesting listen as it combines a few different styles of Modern Metal into a coherent assault on happiness. Post-Metal, Modern Metal, Post-Hardcore and even the odd bit of Doom, Shoegaze and Extreme Metal all get incorporated into their overarching depressive aesthetic.

The vocals consist of impassioned screams that are very much in the blood-curdling, emotive Hardcore style.

The music is nicely varied and revolves around the central motif of the band which is ultimately one of bleakness, it seems, (hence the album title).

Although it’s largely a heavy affair, the band never go too far into ultra-heavy territory and instead use the guitars for maximum emotional content. This is backed up and reinforced by the expressive leads and melodies as well as the odd bit of orchestration here and there.

This is a band who are enjoying the freedom of Post-Metal by doing their own thing with contemporary Metal music. They have eschewed the Doom route that most Post-Metal takes and instead has chosen the road less travelled by bands like Deftones and Devil Sold His Soul, only more Metallic.

The Bleakness may be just that, but it’s also a triumph.

3 thoughts on “A Secret Revealed – The Bleakness (Review)”