The Restitution is a one-man progressive metal band from the US and this is his second album.

2013’s Waves was a very enjoyable and impressive release, and I can’t believe it’s been four years since it came out. END_OF_DOCUMENT_TOKEN_TO_BE_REPLACED 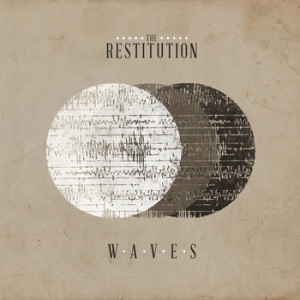 From the US The Restitution are a Progressive Metal band who aim to take a more cerebral approach to harder music.

According to the band they are influenced by modern Metal giants such as Deftones. The Restitution combine both clean and rough vocals over a more thoughtful and progressive musical background to create some good songs, and I hear elements of bands such as Isis, Devil Sold His Soul, Cave-In and Tool in their sound as well.

Melodies are used well and there is enough aggression strewn in with the Post-Rock elements to keep the energy of the tracks moving.

It’s obvious that a lot of attention and hard work has gone into crafting these songs and it all pays off. Whether they are raging and shouting or crooning and lulling, everything feels deliberate and you get the impression that every single second of this release was meticulously thought through and passed rigorous quality control methods before being confirmed as an actual part of the album. All of this leads to a varied and enjoyable collection of songs that work well individually but even better as a complete package of tracks – a listening experience.

Overall this is a high-quality release combining melodies and aggression seamlessly in a modern Metal style that leaves out all of the clichés and rookie mistakes that a lot of more accessible Metal usually makes. Recommended.