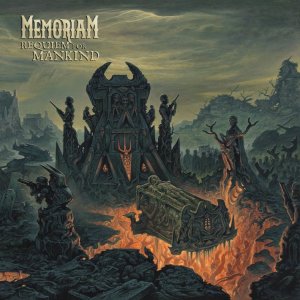 Memoriam are a UK death metal band and this is their third album.

Hot on the heels of 2018’s The Silent Vigil, we now get 48 minutes of new material in the form of Requiem for Mankind. END_OF_DOCUMENT_TOKEN_TO_BE_REPLACED 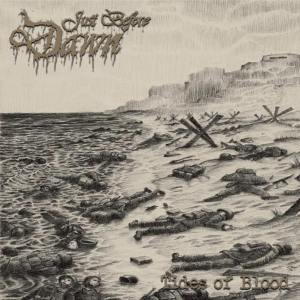 Just Before Dawn are an international death metal band and this is their third album.

Having enjoyed both The Aftermath and The Dead and Those About to Die, a new Just Before Dawn release is always welcome.

To give you a very good idea of who has been involved with this album, I’m just going to reproduce a bit of the promo blurb below –  END_OF_DOCUMENT_TOKEN_TO_BE_REPLACED

Memoriam are a UK death metal band and this is their second album.

Featuring ex-members of the mighty Bolt Thrower, as well as many other notable groups, (including Napalm Death and END_OF_DOCUMENT_TOKEN_TO_BE_REPLACED 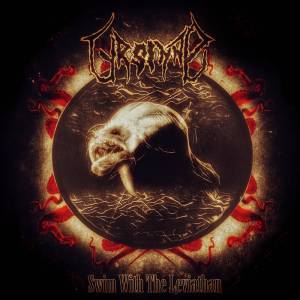 This is the debut album of death metal supergroup Ursinne.

Well, this is a collaboration between Dave Ingram and Jonny Pettersson. Between them they END_OF_DOCUMENT_TOKEN_TO_BE_REPLACED 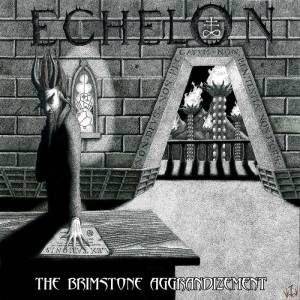 Echelon are an international death metal supergroup. This is their second album.

With a lineup that contains a huge amount of experience; like the recently released Stench Price, (which shares personnel), I’m just going to list the various members below from the press blurb for ease of clarity –

As you can see. These guys know a thing or two about death metal. END_OF_DOCUMENT_TOKEN_TO_BE_REPLACED 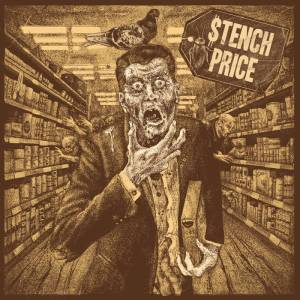 Stench Price are a grindcore supergroup and this is their debut release.

There’s a bewildering array of talent and people involved in this, so I’m simply going to copy and paste the lineup from the press blurb to make things easier for myself – 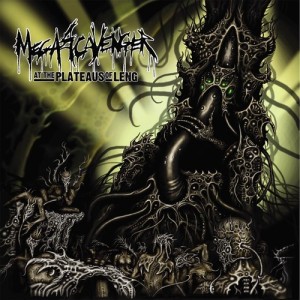 The latest Megascavenger album, (a project of Rogga Johansson), contains quite the list of guest vocalists – just have a look at the line up, (taken from the promo blurb) –

1. At The Plateaus Of Leng (Vocals by DAVE INGRAM of Bolt Thrower/Benediction)

2. The Festered Earth (Vocals by KAM LEE of Massacre)

3. And Then The Death Sets In (Vocals by AAD KLOOSTERWAARD of Sinister)

4. The Mucus Man (Vocals by MARTIN VAN DRUNEN of Asphyx/Hail of Bullets)

5. Like Comets Burn The Ether (Vocals by DAVE ROTTEN of Avulsed)

6. When Death Kills The Silence (Vocals by FELIX STASS of Crematory)

7. The Hand Of Bereavment (Vocals by ILKKA JARVENPÄÄ of National Napalm Syndicate)

8. Back To The Ancient (Vocals by BRYNJAR HELGETUN of Crypticus)

9. Night Of The Grand Obscenity (Vocals by ROGGA JOHANSSON)

If that’s not enough to get expectations running high I don’t know what is.

This album is full of melodic Old-School Death Metal goodness, but also a few unexpected turns such as the clean vocals/keyboard side of The Festered Earth, or the cleans of The Hand of Bereavement. Variety is a good thing however and these little flourishes and touches just enhance the album as a whole.

At the Plateaus of Leng is crushing and without mercy, stomping and stamping on all who oppose. But more than brutality these songs are surprisingly melodic and succeed well in hooking the listener. The tracks march along easily enough, propelled by the mid-paced barrage of the drums and carried aloft by the tuneful guitars. Each song is well-written, being identifiable from the last and not just because of the different vocals. This is an album of songs rather than just a collection of tracks, and there are catchy moments in great supply.

All of the vocalists do a sterling job and add their own personality and character into each of the compositions. Each song may have a different vocalist but the album flows nicely and doesn’t sound disjointed or like a compilation album, even when they veer into more Heavy Metal territory with clean singing it still holds together well as a package.

A very accomplished release, chock full of classic Death Metal songs, each one as enjoyable as the last.