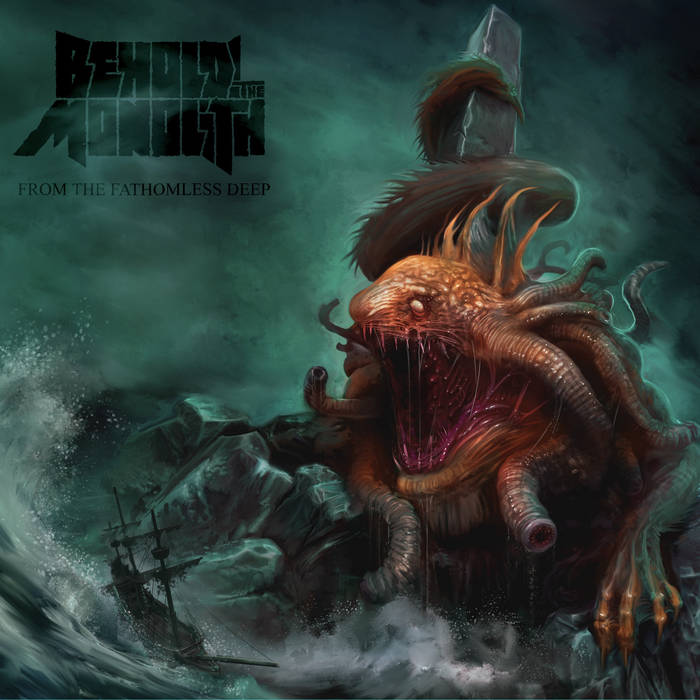 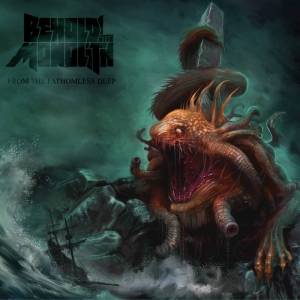 This is the fourth album from US doom/sludge metallers Behold! The Monolith.

It seems like an age ago that it came out, but 2015’s Architects of the Void stood out from the crowds that year, (and made it into my year end list), and I had wondered if we’d ever hear from the band again. They’ve now reappeared though, and with a new singer to boot, to bring us 46 minutes of new material. END_OF_DOCUMENT_TOKEN_TO_BE_REPLACED 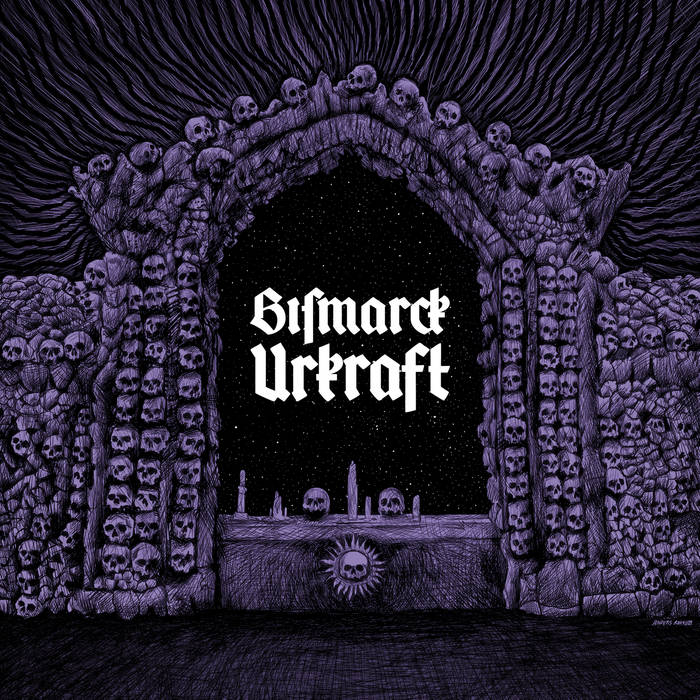 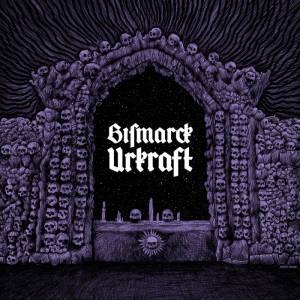 Bismarck are a doom metal band from Norway and this is their debut album.

Here we have 35 minutes of doom metal that incorporates quite a few different sub-styles into its melting pot. Drawing on influences from stoner, doom, drone, progressive, sludge, psychedelic, and post-metal, Urkraft is a well-rounded and satisfying slab of heaviness. END_OF_DOCUMENT_TOKEN_TO_BE_REPLACED 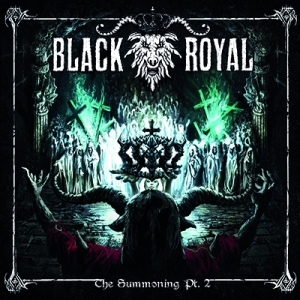 This is the second EP from Finnish Death/Sludge Metal band Black Royal.

The vocals consist of rough, Stoner-esque, semi-cleans, mixed in with deeper growls that have more of a Death Metal slant. END_OF_DOCUMENT_TOKEN_TO_BE_REPLACED 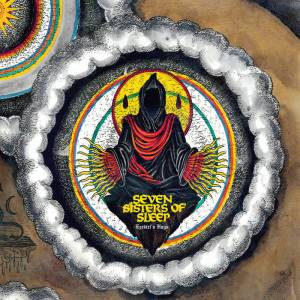 This is the third album from the USA’s Seven Sisters of Sleep. They play Sludge Metal.

On this album Seven Sisters of Sleep combine a lot of influences from a wide array of nasty, extreme sub-genres into their potent brew of Sludge Metal. Doom, Hardcore, Death Metal, Black Metal, Grindcore…it pretty much all gets a look in at some point in these 50 minutes.

This is nasty music that seems to revel in the filth and dirt, with no stone of depravity left unturned or unsoiled.

This is a wild and dangerous ride through all things heavy, taking pit stops in the aforementioned styles and mashing them together with all of the subtlety of a maniac with a very big hammer. Having said that though, there’s a fierce guiding intelligence at play behind the scenes here, and the band obviously know what they’re doing with the material they have bloodily birthed.

There are a lot of giant riffs on this release and whether the band are playing fast, slow or anywhere in between, they steer this ship of gloom with unerring accuracy through the fog of Sludge. Or something. I think my metaphors got a bit out of control there. Regardless, think of Ezekiel’s Hags as the nastiest form of Doom, shot through with streaks of blast beats and a predilection for terror.

The vocals are every bit as nasty as the music, even more so as they have a real splenetic fury to them.

This is an exceptional release full of horrorful energy and a testament to what you can do with the variety and interest that can be had with Sludge Metal.

I can easily imagine fans of Ilsa, Serpent Eater, Secret Cutter, Colombian Necktie, Cult of Occult, Behold! The Monolith, Nightslug and Eyehategod taking a real shine to this. I know I have.

The latest album from US Doom Metallers Behold! The Monolith has landed like a falling box of iron weights. Architects of the Void is a varied and exciting release that takes Doom, Sludge and pure Metal into its emotive embrace and produces an album forged from heaviness and darkness. I wanted to find out more about this album so I cornered their guitarist Matt Price…

​F​or those who are unfamiliar with your band – introduce yourself!

Hello, I’m Matt and I play guitar for Behold! The Monolith.

Give us a bit of history to your band

Well, it was something I started doing by myself in 2006…just for fun, for myself. Just stockpiling and demoing riffs here and there. I met our bassist and vocalist Kevin McDade in 2007 and just did a bit of off and on jamming with him, then at the beginning of 2008 we decided to make it a band. We just started writing and recording and playing shows. We put out an EP and two full lengths ourselves. Then in June of 2013 Kevin died in a car accident. Our drummer Chase (who has been with us since 2010 or so) and I took a little time off but decided to move forward. We have since added Sasquatch bassist Jason “Cas” Cassonova and Fractalline vocalist Jordan Nalley to the ranks, and here we are about to put out a new album “Architects of the Void”.

Where did the band name come from?

It was just a name I came up with when I first started compiling riffs by myself, just so it had an identity, you know? I originally just wanted to call it ‘Monolith’, but there were already 4 or 5 bands using that name. I’ve always loved the word ‘Behold’. I’ve always listened to Judas Priest’s “Sad Wings of Destiny” starting with what is technically side 2 with the song “Prelude”…I think that was how the band intended. Anyway, the first word in “Tyrant” is “Behold! (tis I the commander)”. It’s just such an epic word. I had forgotten about it and was trying to think of names and someone said it on TV and I was like “that’s it!” and put ’em together. So when we started the band we wound up just going with that. 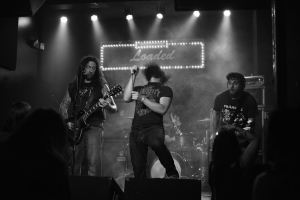 As far as the band is concerned, too many to mention. We all come from different backgrounds and tastes with heavy music. Cas is the Stoner Rock guy and a lot of Jordan’s background is with Prog and Death Metal. Chase and I are into a lot of classic Metal and old Progressive Rock, plus I’m into dark, weird stuff and riffy Doom and Sludge type shit. I think we pretty much all come together on Black Sabbath, but we are pretty all over the place.

Since we got done recording I’ve just been mostly listening to a lot of old, mostly Proggy stuff like Yes and early King Crimson. As far as new, new stuff, I’m digging the new Arcturus album, and the new Cattle Decapitation is pretty sick. Not my normal “go-to” stuff but my brain needs a break from the slow and low stuff lol.

There’s a variety of different styles on this album, incorporating Doom and Sludge as well as bits of Classic and Post-Metal. How did this arise from your songwriting?

It’s just a catch all of the stuff me and the other guys like. I’m not a huge fan of the whole sub-genres of sub-genres thing. I get that it serves a purpose to some for categorizing or keeping things pure or whatever. But I think a Death/Doom thing or something inspired by Zeni Geva can co-exist with a part inspired by Angel Witch or Iron Maiden if it’s approached the right way. It keeps things interesting, to me anyway. It’s not like we are truly “genre-splicing”…to us it’s all just Metal or Heavy music at the end of the day.

Behind the obvious fact that it’s being released for wider consumption, this strikes me as quite a personal release. In my review I say “This sounds more like music played for the sake of musical catharsis and outlet than for the need to simply rock out or any such thing” – is there any truth to this?

Yes! Particularly for this album. I know we put a lot into this one. Losing Kevin was really hard on me and Chase, and we really wanted to do right with what we started with him. I think we were all going through our own personal stuff on one level or another, so there was some genuine release there, especially in hindsight. This one just hit a deeper chord in all of us I think.

That’s a tough one actually! I could tell you what my least favorite one is, but I won’t do that haha. Right this second I’d say the album intro “Umbral Vale” into “Philosopher’s Blade” could be my favourites because they were actually the very last things we wrote right before we recorded, and they were completely written fresh and with the new lineup in mind. But I really love “The Mithriditist” and I really like the way the song “Architects of the Void” closes out the album. 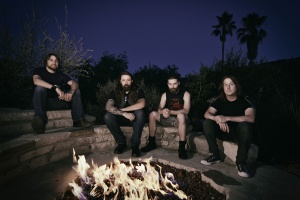 The art was once again by Dusty Peterson. He’s just great. He’s always gotten what we’re going for and this time he just knocked it out of the park! I had a basic idea or two in my head, and he just nailed it.

How did the recording of the album go?

It was at times awesome and at others really stressful. We had a few technical issues, mostly with equipment and whatnot. But I think some of the frustration may have actually benefited the performances.

It’s hard to say. We can plan for one thing but it can very easily wind up sounding like another. I have been going down the Prog wormhole lately – and I feel like we abandoned a lot of our vibey space-rock I originally wanted to do, so maybe more of that. But who knows? There’s a lot of potential and the slate is clean right now.

What’s next for Behold! The Monolith?

Getting this record out! And some touring for sure. We really want to make it to Europe, that is at the top of our list for sure. And there has been talk of getting right back into writing…but I’d say promoting “Architects of the Void” as much as possible is the priority right now!

​ You can order it here https://beholdthemonolith.bandcamp.com/album/architects-of-the-void 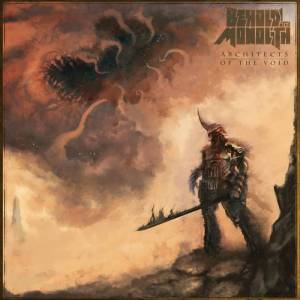 This is the third album from US Doom Metallers Behold! The Monolith.

The band play Doom mixed with Sludge, producing an album that sits outside of the normal template for both sub-genres and is all the better for it.

In addition to the usual Doom staples, there’s also an anger here. This is manifest in the aggressive vocals and the more upbeat aspects of the songs.

The tracks are a combination of Doom, Sludge and even a bit of Classic Metal and Post-Metal on occasion. This is an interesting and less-travelled path for a band to tread, and in this way Behold! The Monolith remind me of the equally compelling Khemmis.

Architects of the Void is a heavy and dark album, full of slow, agonising crawls through a landscape littered with broken dreams and dying hopes. That’s not to say it’s a completely nihilistic and bleak album like some Doom; this is actually more of a well-rounded release than that, with brighter parts, epic feelings and groovier sections included too. Overall though, it’s heavy, dark and very engaging.

The songs sound introverted and personal, albeit through the lens of a public-facing band. This sounds more like music played for the sake of musical catharsis and outlet than for the need to simply rock out or any such thing. There’s a lot of feeling here, sometimes bubbling beneath the surface and sometimes right in your face.

Due to the mixing of the sub-styles, (Doom/Sludge/Metal), this is quite a varied release and each song has its own personality. The album works well holistically and there’s a lot of depth, nuance and longevity to be had on this release.

Like the tastiest of Metal feasts, Architects of the Void will leave you feeling satisfied and satiated.