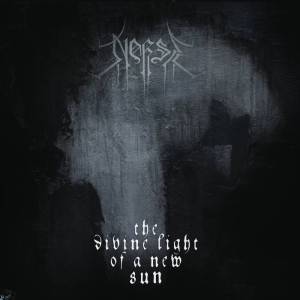 This is Norse’s third album. They are a black metal band from Australia.

Norse have always stuck out as being a bit different from your run-of-the-mill black metal. 2014’s Pest was a very enjoyable slab of individualised blackened filth, full of interesting ideas and unusual riffs and structuring. This is continued and refined on The Divine Light of a New Sun. END_OF_DOCUMENT_TOKEN_TO_BE_REPLACED 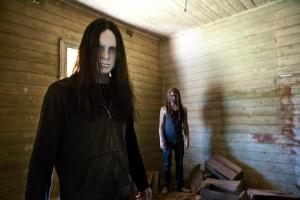 Australian band Norse have recently released the supremely tasty and atypical Black Metal EP Pest. Such a talented and bold release demands a closer look is taken at it. Let’s see what we discover…

Give us a bit of background to Norse.

Forge: The history of a band is never interesting to anyone really. All bands start in a similar fashion, with trials and tribulations along the way that are of no real concern to the listener.

If lineup changes and band statuses are your thing, maybe you’d be better off watching sports.

ADR: Norse has been reforged, as a weapon.

Forge: For me, I am influenced by everything around me in nature. I work by myself in pine forests and will go days at a time without seeing anyone. When you’re this secluded, all the small things take up a bigger presence in your life and become a real inspiration.

My other influence is checking out all the shallow, rehashed and totally unoriginal bands and music in the metal scenes today. This gives me the will to rise above and create something that is unique to myself.

ADR: The complete isolation of the wilderness is highly inspirational. Contrarily, so too is witnessing the endless horrors people inflict upon each other and themselves. One can also draw great inspiration from the countless other miseries afflicting those here and across the world.

ADR: Emperor, Gehenna – Unravel.
What did you want to achieve with your new EP?

Forge: I remember listening to bands when I was a kid and actually being scared by the music. It was an amazing experience! So naturally with Pest, to create music that confuses and unsettles was a big objective. I wanted to break every rule I could. I made the guitar do things it shouldn’t (and nearly broke it in the process of recording this EP) and I went against all the standard ‘performance’ rules of recording.

…by that I mean, I recorded guitars and bass and then mangled the takes, pushed them and tortured them until they transformed into the sound I was looking for. I don’t care what purists think or expect. This is art, not music created to the specifications of the ‘heavy metal handbook’.

ADR: To create an unnerving, chilling diatribe which is unrestrained by convention.

How do you feel it has progressed your sound since your previous album?

It wasn’t an easy thing to do, as I had to constantly question everything I wrote. Why does it sound good? Is it because it sounds like something I’ve already heard? How can I make this unique? Etc.

In hindsight, ‘All is Mist and Fog’ was a very important album to write as it opened the door to a new way of approaching music.

ADR: ‘All is Mist and Fog’ is an excellent creation but Norse is constantly evolving. For ‘Pest’ everything was stripped back to reveal a raw, wounding sound and the result is a truly unique release which will take more than a few listens to fully appreciate. 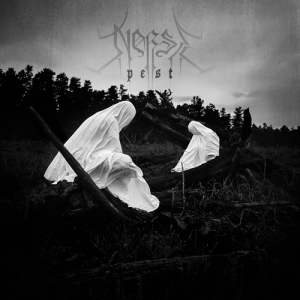 Forge: Yes, ultimately. I was hating it for a while as it took me 3 years to write and record 6 songs. I recorded about 5 different versions of the EP until I was happy with it. I wanted the production to be wild and organic, but still have a certain clinical tightness and rigidity. I think a fine balance of technical execution mixed with raw aggression and emotion creates the ultimate atmosphere.

ADR: Dedicated fans will have a lot to relish and decipher in these lyrics. The freedom to delve into anything has led to the exploration of some warped and horrifying themes on ‘Pest’. Some weak individuals may find them offensive but this is black metal after all – extremity should not deter.

In my review I describe you as unusual and atypical Black Metal due to the non-standard riffs and structure of the compositions. Would you agree with this?

Forge: Yes, and I’m glad you picked up on this. However the problem with ‘unusual’ or experimental bands is 90% of it is garbage.

Being different just for the sake of it, with no overall goal or idea to work under is not what we are interested in at all. All we want to do is challenge ourselves and push the boundaries while still creating the best quality music we can.

How do you see your position in the wider Black Metal musical framework/genre?

Forge: We have never thought about or been bothered by it. I’m sure some time after the release of this EP it will be categorised, pigeonholed and labelled under some ridiculous sub-genre. People can’t help themselves.

Forge: Honestly I couldn’t say. No Norse album has been the same, and I am proud of this. For the next release we have invited Shayne, our permanent session guitarist to help out with the writing. This will change the dynamic and bring a new element to the band. His technical capabilities are such that I can throw anything at him and he will be able to interpret it and convert it into a cohesive idea. He also has a very good creative side. I’m looking forward to the next album already.

What’s next for Norse?

Forge: Touring to promote Pest and then back into obscurity to start the next album.

ADR: Expect more hostility from Norse in the near future.

Their latest EP is 6 tracks and 26 minutes in length; a decent amount to get your teeth into.

From the onset they’re striking with a bold sound and unusual riffing. Encoded Weakness is atypical Black Metal with interesting riffs stopping, starting, squealing and blasting. The vocals are snarled growls of Blackened hatred.

The rest of the songs follow in a similar pattern – it’s Black Metal but played in an unusual way that gives a very fresh interpretation of the genre, whilst still remaining recognisable as Black Metal. Irradiator is a great example – the riffs slide and slither over each other in serpentine ways delivering a refreshing listening experience.

The band have an excellent grasp of dynamics, songwriting and riff-construction. This, combined with flawless delivery and a strong, oily, sinuous production mean this EP is a real treat.

Highly talented. Australia once more proves it is a leader in the Metal scene when it comes to producing innovative and interesting Metal.