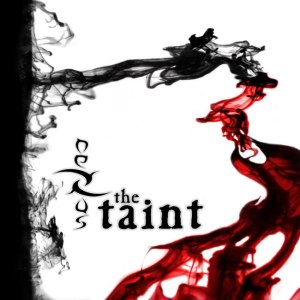 Nexus are an Italian Gothic/industrial rock band and this is their debut album.

Taking an electronic and keyboard powered approach to their music, The Taint is an enjoyable trip to places that I haven’t visited in quite some time. END_OF_DOCUMENT_TOKEN_TO_BE_REPLACED

This is the fifth album from this US black metal band.

Dawn of Ashes play modern, professional, industrial black metal with plenty of keyboard/electronic enhancements. Kind of coming across as a mix of Dimmu Borgir, Deathstars and Neurotech, this is heavy, rhythmic and quite catchy. END_OF_DOCUMENT_TOKEN_TO_BE_REPLACED 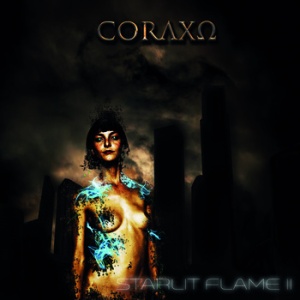 Coraxo are from Finland and play Industrial Death/Black Metal. This is their second EP.

Their first EP was not without its charms and this latest release sees them expand on their earlier efforts.

The sound has improved this time around with the songs sounding fuller and more polished. The band are clearly becoming more comfortable with their style and are even more confident in their approach these days.

The music continues to be a cross of bands like Dimmu Borgir and Neurotech. This means we get a good combination of dance-floor beats and faster, more aggressive sounds as the band uses both methods of attack to get their story across.

The vocals are sharp, high-pitched screeches that lash out at the listener like wires in a storm. These have improved on the previous EP and sound really good.

Keyboards and effects lurk just behind the central music and provide highlights and accompaniment to the Blackened tunes.

This is a band that continues to develop nicely and this EP should see them winning over a slew of new fans.

Alexanred are from Finland and this is their début album. They play Industrial Rock/Metal.

This is catchy and atmospheric Industrial/Electonica-tinged Metal. If you think of bands like Neurotech and Deathstars, remove the Black Metal side and mix this with a Nine Inch Nails influence instead, you’ll have a good starting point for the band.

The tracks mostly hover around the 3 minute mark meaning that the songs are largely to the point and hook the listener in quite quickly. The music is quite emotive and has an atmospheric quality to it that recalls some of Devin Townsend’s work on occasion, (but only occasionally).

Always Active has a professional sound that befits music of this nature. It’s a powerful and driving sound that seems to push the songs along as much as it works for them.

The vocals vary from whispered, semi-spoken word parts to sung cleans and to event the odd shout. He sounds at his best when he’s singing though, as the spoken parts seem a little forced/repetitive sometimes.

This is a good début album, and if Alexanred can build on this then the next album should be very good indeed.

This is the début album by Finnish Melodic/Symphonic Black Metal band Star Insight.

First off – I like the album cover. A good start.

This is futuristic Cyber-Metal with Symphonic Black Metal elements in the style of Neurotech, The Kovenant and certain Samael material, and anyone familiar with these bands will immediately have a good idea of what Star Insight sound like.

The band are actually a bit more varied than a lot of this kind of stuff and have a good ear for a song. A lot of these tracks are catchy and filled with hooks and unless you’re completely inured to this style it’s hard not to like them. They have a good Power/Euro Metal influence which gives them an edge over similar bands. Add to this a harsher, Dimmu Borgir-style influence and you have a recipe for quite the enjoyable album.

Vocals are predominately harsh, slightly-deeper-than-the-norm Black Metal vocals. One of the main ways Star Insight differentiate themselves from the aforementioned bands though is through the inclusion of clean and semi-clean vocals, and these are extremely good. The singer has a good range and runs the gamut between these styles. Female vocals also appear on Poem of Misery which sound great and add another aspect to the band’s sound, even if it is for only the one track.

The songs never have a chance to outstay their welcome as only two of them breach the 4 minute mark. Instead, we get focused and catchy songs aimed at maximum enjoyment in minimal time.

The symphonic elements and effects are never overbearing and add to the songs rather than smothering them.

This is a thoroughly enjoyable album that I like way more than I thought I would; the band are more adventurous and varied than I was expecting and this is to their credit.

Give Star Insight some of your time.

Solitary Crusade are from Italy and play Metal that combines a few different genres into a satisfying whole.

This is somewhere between modern Cyber-Metal in the style of Devolved and Fear Factory, and Techno-Black Metal such as Neurotech and Deathstars. There is also a pleasing European Power Metal feel to some of the parts, both guitar and vocals.

A decent-length EP at 24 minutes, the band showcase what they can do in 4 songs, (plus a perfunctory intro).

This is quite catchy and ably executed; there are some well written riffs and melodies, and the keyboards/effects are used well.

I particularly enjoyed Imaginary World, as this song in particular makes a good job of mashing up the disparate influences of Cyber- , Techno- and Power Metal into a coherent whole.

Coming from Finland, Coraxo play Industrial Death Metal with a strong Aliens theme running through the tracks on this release.

After a suitable intro we get first song Signal Detected which positively bounces along in a jolly, sci-fi kind of way; melodic Death Metal under a covering of electronics and effects; like At The Gates/Dark Tranquillity and The Kovenant/Deathstars/Neurotech fighting it out.

There are some pleasing riffs churned out, with the effects adding additional depth without smothering the actual Metal. This is a band using the electronica to enhance the Metal and the theme of the songs rather than to be a novelty or for wider commercial appeal.

With this kind of music there is a lot that can go wrong, and as usual this is very subjective so it does depend on the interpretation of the listener of course, (as always). For me this EP tends to largely be on the right side of the potential hazards; the electronics and effects are prominent but not overbearing; the guitars have substance and are not just there for show; the vocalist has bite and is not interested in being the next Marilyn Manson; the music is dark enough to avoid any potential “Cheese Factor”. I’m calling victory here.

The more I listen to this the more I fall for its charms. It has its own character and personality. It’s also very catchy in places. Xenotaph in particular. Tacked on the end of the EP is a cover of Sepultura’s Refuse/Resist that ends proceedings nicely.

If your taste in Metal runs to the less-conventional then check out Coraxo and see if you fall for their sci-fi sound.