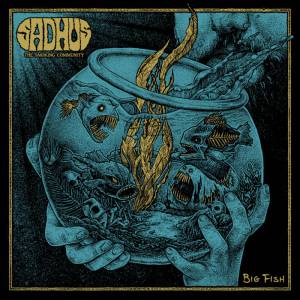 This is the second album from Sadhus “The Smoking Community”, a sludge metal band from Greece.

After enjoying their 2016 split with Agnes Vein, this is my first chance to get to grips with a Sadhus “The Smoking Community” full length album. Big Fish gives us 34 minutes of smoky heaviness and savage stoner doom sludge. END_OF_DOCUMENT_TOKEN_TO_BE_REPLACED 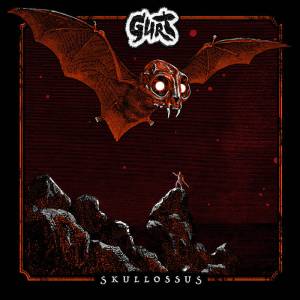 This is the second album from UK sludge metal band Gurt.

This is heavy sludge metal, full of crushing groove and caustic vocals. Influenced by the Eyehategod school of thuggery, (but not limited to it), Skullossus is 40 minutes of romping sludge belligerence. END_OF_DOCUMENT_TOKEN_TO_BE_REPLACED 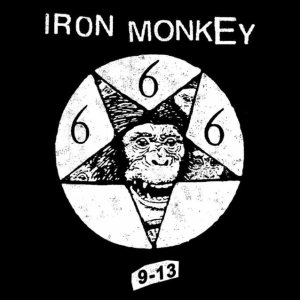 Iron Monkey are sludge metal band from the UK and this is their third album.

After an absence of almost two decades, legendary UK sludgers Iron Monkey have returned with a new album – 48 minutes of pissed off distortion and angry diatribes. END_OF_DOCUMENT_TOKEN_TO_BE_REPLACED 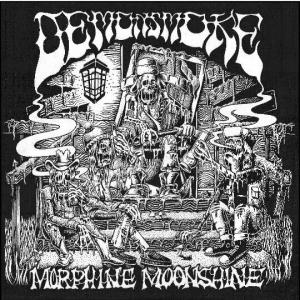 Demonsmoke are a sludge/doom band from the US and this is their debut album.

Wearing their influences on their sleeves, Demonsmoke exist in the same world as bands like Eyehategood, Iron Monkey, Dopethrone, and the like. Yep, this is sludgy, nasty, full of infectious heavy blues riffs, and smothered in harsh, hateful vocals. END_OF_DOCUMENT_TOKEN_TO_BE_REPLACED 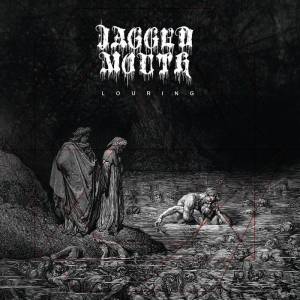 This is the debut album from Jagged Mouth, a sludge/doom metal band from the US.

With the kind of scathingly high-pitched vocals that can strip skin at 100 paces, Jagged Mouth don’t mess around. This is slow and heavy sludge/doom that doesn’t care for being nice or pleasant in any way. END_OF_DOCUMENT_TOKEN_TO_BE_REPLACED 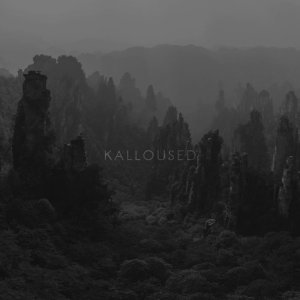 The band have a black metal element END_OF_DOCUMENT_TOKEN_TO_BE_REPLACED 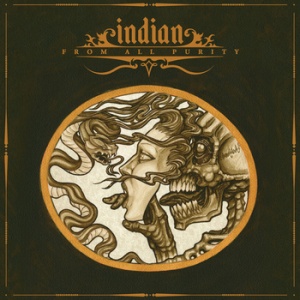 Indian are from the US and play Sludge Metal with added Noise; this is their fifth album.

This is Sludge of the most vicious, harshest variety. These six tracks assault the listener with guitars as heavy as icebergs and enough dissonant noises to floor a bear.

The crawling, abrasive sound leeches all of the warmth from the air as the feeling of cold, impersonal, urban bleakness saturates the sound waves.

The onward march of the devastating riffs is relentless and disturbing. Had the band limited itself to this it would be a monumental attack, but with all of the feedback, squeals, pops, crackles and noises that accompany the songs at just the right level of intrusiveness they are transformed into even more unapproachable entities than they would be without these additions.

The vocals match the intensity of the music, coming across as the bastard mutated offspring of a twisted three-way between the singers of At The Gates, Khanate and Iron Monkey. As impressive as it is harsh; the vocals are as unrelenting as the music they screech over.