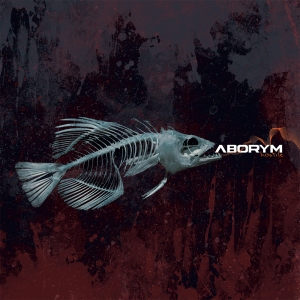 Aborym are an Italian industrial metal band and this is their eighth album.

The follow up to 2017’s Shifting.negative, Hostile contains 66 minutes of new material that finds the band incorporating elements of industrial, electronica, and metal/rock into a very solid album.

The music has been fashioned and shaped from the band’s various influences into a collection of interesting and enjoyable tracks. The music has an even more traditionally song-based framework to work within on Hostile. This has made for an album that becomes quite memorable and recognisable quite quickly, but still has enough depth and longevity to encourage repeated spins afterwards.

There are some catchy tunes on Hostile, with more than a few hooks and earworms baked into it. Some of the songs are dancefloor-friendly pulse-raisers, while others focus on a more emotive or melodic approach. Others still are more atmospheric or textured in nature. Of course, there are tracks that combine some or all of these into one place, and these are sometimes the best. I hear 90’s alternative rock/metal influences here, at least that’s what they sound like to me – think bands like Filter and Gravity Kills, alongside more obvious ones such as Nine Inch Nails and Marilyn Manson.

Aborym are now quite convincingly a different band to they were in their early days, and the direction that I first encountered on Shifting.negative now seems completely realised. Hostile is the superior of the two, as it’s more well-rounded, more well-developed, and boasts stronger songwriting. As such, I heartily recommend checking this out. There’s a lot of good content on this album, and some damn fine songs.

Don’t miss out on Hostile.