Although not as jam-packed as September, October still had its fair share of Grade A metal releases. Check out my top picks below –

Let’s start with the old-school death metal assault of Gatecreeper. Deserted is a masterclass of classic songwriting and delivery, wielding songs like filth-covered weapons and riffs like wrecking balls. This is an addictive album that keeps on giving.

Sons of Alpha Centauri‘s experimental collaboration, (with Justin K. Broadrick and James Plotkin), seems to have been an impressive and captivating musical journey, yielding the ambitious Buried Memories. With the band acting as the glue that keeps the collaborators’ considerable talents from wandering too far, this is an album that has great long-lasting potential. 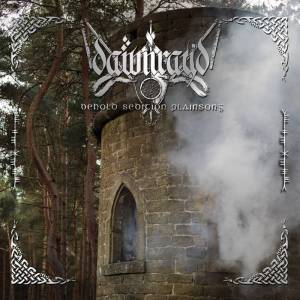 Behold Sedition Plainsong was unleashed in October by Dawn Ray’d. This is a blackened ball of rage and fury, incorporating violin and folk elements into its second wave base, and producing songs of character and power. Dripping with venom, Dawn Ray’d have firmly made their mark.

Sorxe returned in October with The Ark Burner, a highly engaging post-metal/sludge record that took the best of their previously-developed strengths and refined them further. Layered and dark, and full of bleak soundscapes and apocalyptic atmospheres, Sorxe’s third album was much-anticipated, and it delivered. 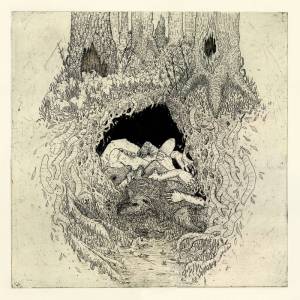 Coming from out of nowhere, with the destructive power of a nailbomb, Our Hollow by Malevich landed hard, delivering a lethal payload of vicious sludge and tortured grindcore. This is a foul, twisted mass of extremity, smashed together into a hybrid monster that’s ready to take on the world. Impressively violent and nasty.

Frostmoon Eclipse delivered the goods with their seventh album Worse Weather to Come. Blending together a few different blackened ingredients into a feast of well-structured black metal, this is a high quality album clearly produced by people with a real passion for what they do. A captivating and immersive record for any black metal fan. 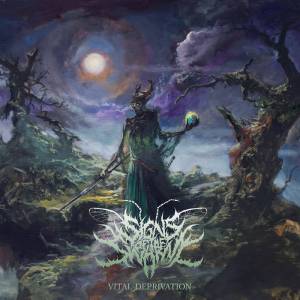 Brutality, thy name must surely be Signs of the Swarm. Vital Deprivation effectively combines brutal slamming death metal with belligerent deathcore, and then, crucially, adds in emotive and atmospheric elements too. The end result is an album that easily caters to fans of instant gratification, but has enough depth to hold the attention firmly for repeat spins. 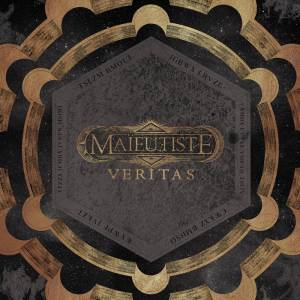 Here’s a release full of many blackened gems. Maïeutiste‘s Veritas is a polished and professional slab of black metal darkness. The band’s adventurous songwriting and a will to explore has made for an ambitious and successful album, one which will keep you returning to it time and time again.

I really enjoyed Uneven Structure‘s third album Paragon this month. The band have written a powerful and effective modern progressive metal album, one that embraces both atmosphere and compelling songs. With a very capable singer, Uneven Structure’s new album ticks all of the boxes for an exemplary release.

We’ll end with the latest masterwork from The Great Old Ones. Cosmicism is arguably the band’s best work to date, boasting upgrades in pretty much all areas of delivery. Mixing atmospheric, progressive, and post-black metal with the core darkened heart of the blackened style, these new songs are very effective and very enjoyable.