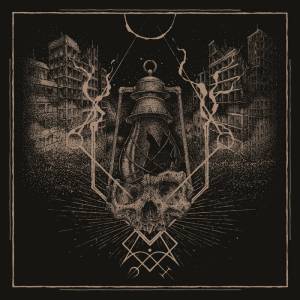 Frostmoon Eclipse are an Italian black metal band and this is their seventh album.

Frostmoon Eclipse play black metal that blends together elements of old and new(ish), coming across like a combination of where the classic second wave sound was circa 2000, while also having more than enough of the band’s own contemporary personalities mixed in.

Progressive metal and even post-metal elements can be heard here and there, allowing the band the freedom to explore wider territories. These aspects are skilfully incorporated into the band’s base blackened sound, integrated in such a way as to work with the second wave core of the music and enhance it, rather than distract from it.

This album is very impressive, and its songs easily captivate and immerse with their atmosphere and songwriting. I love how the band mix the second wave sound with atmospheric interludes, progressive soundscapes, post-metal textures, and classic metal leads and solos. It might sound like an ill-fitting mess on paper, but in reality the music is a well-judged mix of styles and eras. Each song has its own character and reason for existing. The album flows like a carefully planned journey, and with the band as your able guides, there’s no missteps or wrong turns.

Worse Weather to Come has a very satisfying sound that enhances the band’s songwriting. It comes across as frosted and cold, in the style of the old masters, while also being fragile and delicate in places. This latter aspect is important, as Frostmoon Eclipse are more nuanced and textured than many playing this sort of classically blackened style.

Well-structured and delivered with skill and panache, this album has a lot to recommend itself.

One thought on “Frostmoon Eclipse – Worse Weather to Come (Review)”