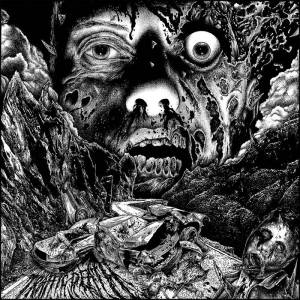 Traffic Death are a US crossover grind band and this is their second album.

This is raging thrashcore, taking thrash metal, hardcore, grindcore, and punk elements into consideration as it spends 24 minutes doing a bucketload of damage.

This is an enjoyable listen, all told. The tracks are full of attitude and belligerent swagger, but have the musical muscles to back up this confidence.

As well as the aforementioned styles, classic metal, doom, and black metal influences can be heard here and there. It’s mostly grinding violence, of course, but these additional touches are welcome ones.

With songs that are largely short and brutal, this is enjoyably nasty stuff. The band’s multitude of influences mean that there’s a wealth of different riffs and tastes catered for across the playing time, with different tracks leaning more toward one style or another depending on the band’s mood.

Despite how aggressive and raw this is, you can tell that the songs have had some thought put into them. Traffic Death clearly know what they’re doing with this material, injecting it with just the right mix of professional exactitude or sloppy, dangerous looseness.

If you throw Iron Reagan, Extreme Noise Terror, Fukpig, S.O.D., King Parrot, and Motörhead into a pot and mash them up all good and bloody, you’ll have an idea of what Traffic Death sound like.

A recommended listen for anyone that likes a good beating.