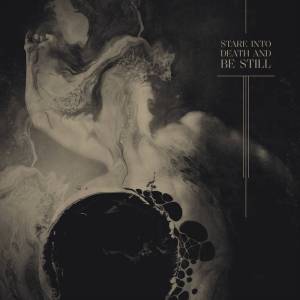 This is the sixth album from New Zealand death metal act Ulcerate.

After 2016’s colossal Shrines of Paralysis, this exceptional band have now returned with a new 58 minutes of imposing material. If you’re unfamiliar with Ulcerate, then loosely stated they play an atmospheric brand of technical death metal.

When compared to Shrines of Paralysis, Stare into Death and Be Still takes more melody into its dark embrace and dials down the dissonance, increasing the progressive aspects of the music. Throw in the occasional sludge, black, and post-metal influence too, and you have a thoroughly well-rounded album.

Although undoubtedly still oppressive, sinister, and intense in places, this new material is more spacious and expansive. The band have opted for emotional darkness over pure apocalyptic devastation, channelled into post-death metal that’s both visceral and intricate. In many ways the band are just as harsh, brutal, and punishing as ever, just now delivered in a different way, with a different emphasis; this is nowhere near as impenetrable as the band have been in the past, for example.

Stare into Death and Be Still is the sound of a balancing act being skilfully sought between chaotic intensity, apocalyptic atmosphere, dissonant darkness, visceral dynamics, and emotive melody. Ulcerate achieve this balance like the truly elite artists that they are, resulting in an album that transcends the already lofty heights of their past works.

With enough of a change in feel and presentation to be a step forward for the band, while simultaneously retaining more than enough of their signature sound to be ultimately still the same band, Ulcerate’s new opus is a superlative achievement, and a masterclass in emotive, textured, expressive extreme metal.

12 thoughts on “Ulcerate – Stare into Death and Be Still (Review)”