Another year gone by, where does all the time go? Listening to metal I suppose, that’s where. Every year brings more metal delights, so I invite you to partake of 30 of my favourites from the rather metallically fertile 2019. Let me know which ones are your favourites to!

Hath – Of Rot and Ruin 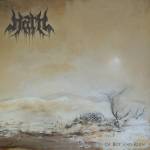 Of Rot and Ruin is a paragon of extreme metal, blending progressive and blackened influences into a core of expressive death metal. Atmosphere and emotive appeal run through this at a deep level, while there’s still more than enough brutality here to justify its death metal roots. A highly engaging work.

Dead to a Dying World – Elegy 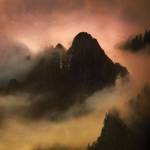 Elegy is a multifaceted and diverse blackened doom album, although that’s only a loose description. The reality is that Dead to a Dying World range far and wide on their third album, producing music with an emotive presence that touches on multiple stylistic bases. A wonderful revelation. 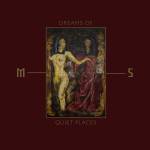 Mord’A’Stigmata never disappoint, and the band’s latest essential slice of black metal Dreams of Quiet Places is a stunning collection of songs. Atmospheric, avant-garde, and esoteric, this album has so much character and so many ideas, that listening to it never gets old. 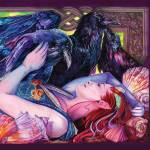 Arctic Sleep’s Kindred Spirits is a lush, beautiful album, full of the type of warm atmospheric/progressive doom songs that you just want to fall into and never climb out of. With gorgeous clean vocals and a keen ear for what makes an infectious, memorable song, Kindred Spirits is striking in more ways than one. 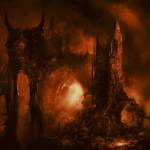 Providing a fiery second wave black metal fix is Dawn of Infinite Fire, the second album from Asagraum. Here the band manage to bring the classic black metal sound into the present day, producing an album that’s influenced by the greats, but stands tall around its contemporary peers. Effortlessly enjoyable. 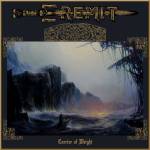 Featuring just three colossal songs, the crushing doom/sludge of Eremit was an early gem of 2019. Carrier of Weight is massive in every way, and never loses the listener’s attention despite its lengthy duration. Heavy, involving, and atmospheric, Eremit have impressed with this.

Schammasch – Hearts of No Light 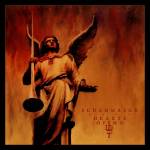 Schammasch return with Hearts of No Light, an album full of unexpected twists and turns. Bold and confident, as well as experimental and daring, this is an avant-garde piece of blackened art that finds Schammasch in rare form, delivering an album that’s the sound of a band exploring new ground in their musical landscape with aplomb and skill.

Orm’s Ir contains just two songs, but these are sprawling epics, encompassing a range of dark landscapes that I can’t help but want to revisit after every journey into the band’s world. Atmospheric and raw, this is black metal that’s finely crafted and intricately wrought. An ambitious and very satisfying experience. 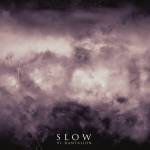 VI – Dantalion is a funeral doom album that drips with emotive atmosphere. Luscious and textured, this is a grand piece of work, one that has an awe-inspiring presence and the sort of songs that crush you with weight in more ways than one. Slow’s sixth album finds them at the height of their considerable powers. 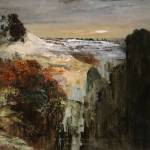 Solstices just seems to get better and better over time. Combining post-black metal and atmospheric doom, Heaume Mortal’s debut album is a carefully crafted journey into darkness and shaded intensity. Varied and multifaceted, this album offers much to explore and discover in its grim depths. 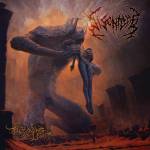 Disentomb’s The Decaying Light is the voice of sheer inhuman brutality on this list. Other death metal releases may be brutal, but none are as relentlessly dark and malevolent as Disentomb’s latest offering. With claustrophobic intensity and dissonant extremity, this album is a feast of complex, atmospheric technicality. 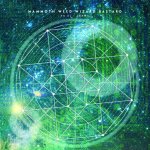 Mammoth Weed Wizard Bastard’s third album Yn Ol I Annwn is hideously impressive. The band have honed and developed their doom metal style to new heights of excellence on this release, providing a rich array of musical delights for the listener to keenly absorb. There’s a lot here, and all of it is worth spending time with.

Body Void – You Will Know the Fear You Forced upon Us 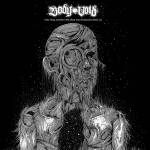 Containing only two monolithic tracks, You Will Know the Fear You Forced upon Us is a relentlessly heavy and utterly bleak listen. Body Void’s brand of doom is unsparing and harsh, with tormented screams and the sort of crushing guitars that you feel you’ll never be able to get out from under. Extreme doom at its finest. 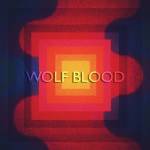 II cements Wolf Blood’s place in the higher echelons of doom metal’s pantheon, even though they’re not completely limited to a strict interpretation of the genre. This is the pinnacle of the always-enjoyable band’s work so far, and an album that deserves to be heard far and wide.

Falls of Rauros – Patterns in Mythology 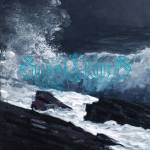 The atmospheric black metal of Falls of Rauros is always something to be looked forward to, but latest release Patterns in Mythology is one of their best so far. Wide-ranging and packed with expressive, affecting content, Patterns in Mythology succeeds in its goals and is a pleasure to experience. 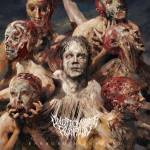 Lords of brutality Unfathomable Ruination really hit hard with Enraged and Unbound. The band’s third album is a death metal masterclass, seething with violent power and punishing destructive intent. These songs are only interested in destroying you, and each one of them is lethal. Accomplished death metal such as this is a rare treat.

The Great Old Ones – Cosmicism 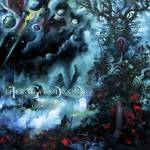 Cosmicism is a thoroughly engaging atmospheric/post-black metal album, which finds The Great Old Ones refining their already great sound. The band have obviously spent a lot of time and attention on these songs, and the results speak for themselves. This one sticks in the mind long after it has ended. 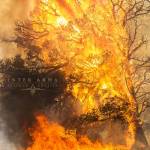 Sulphur English is such a wide-ranging album, containing so many different genres and styles, that it’s too much to really take in over one listening. This album demands time, and is worth the investment. Inter Arma offer a textured post-metallic journey, and one that’s probably their most extreme overall. 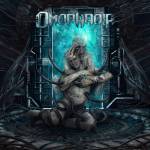 Omophagia have managed something unexpected with 646965; they’ve managed to successfully combine modern heaviness with classic songwriting, resulting in one of the most enjoyable death metal outings of the year. There are some cracking songs on this album, and the band’s take on song-based brutality is infectious and joyous. 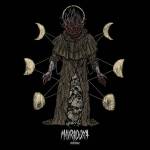 I’ve greatly enjoyed Mavradoxa’s work in the past, but Nightmarrow is on another level entirely. This is black metal gifted with an organic rawness and expressive atmosphere. Sounding more like just themselves than ever, Mavradoxa’s newest album is an extremely satisfying listen, full of personality. 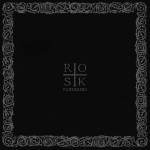 Who expected Rosk’s second album Remnants to be a dark acoustic exploration of death and loss? Not I. Regardless, this album is immaculately-realised and benefits from the sort of highly emotive and affecting delivery that ensures it hits home hard. Remnants is one of the most powerful albums you’re likely to hear in some time. Exceptional. 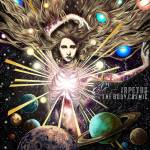 Iapetus’ second album The Body Cosmic builds on the immense promise of the first, but then actually delivers something beyond all expectations. This is epic melodic death metal, shot through with grandeur and so much talent and skill it’s breathtaking. Big, bold, and expansive, The Body Cosmic raises the bar so high you can barely see it. 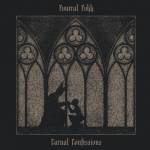 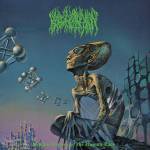 A much-anticipated album, Hidden History of the Human Race consolidates Blood Incantation’s reputation as one of death metal’s foremost ambassadors. Across four differentiated and brutally effective songs, this album is one that’s been worth the hype and expectation. This notable album is one to be remembered and savoured.

Cult of Luna – A Dawn to Fear 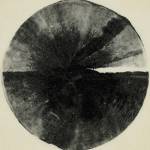 This list would not be complete without A Dawn to Fear by the legendary Cult of Luna. This album is so ridiculously good in so many ways; it’s a post-metal feast, one which enters new territories for the band, while not neglecting the core of what makes them so compelling. 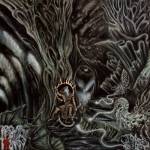 Part one of a trilogy, Biolume Part 1 – In Tartarean Chains by Midnight Odyssey bursts at the seams with atmospheric emotion and epic scope. Richly delivered with layers of depth and meaningful substance, if part one is this strong, I can’t wait for the subsequent chapters. 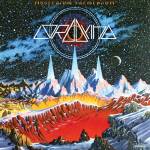 Now here’s an album I haven’t been able to stop listening to, not that I’d want to. An immense step forward for Lord Dying, Mysterium Tremendum is a progressive sludge masterpiece, full of catchy hooks and very impressive songwriting. Multifaceted and creatively diverse, Mysterium Tremendum is the type of album that bands so very rarely make. 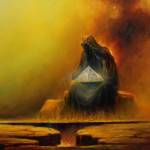 This exceptional album is a triumph of blackened doom. Mizmor’s Cairn offers harrowing soundscapes driven by both intelligent writing and visceral feeling. These lengthy songs drip with substance and depth, worldbuilding to an extent not usually seen in the average artist. Cairn is a colossal win for Mizmor. 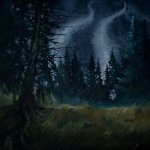 This masterful album by Salvaticus is my favourite black metal release in a year of strong black metal releases. Ordo Naturalis excels in everything it does, unleashing a dynamic, skilled tornado of blackened violence and atmospheric grandeur on the listener with furious grace. A stunning album from start to finish. 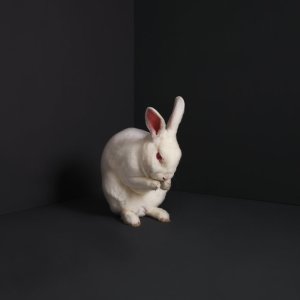 Sitting proudly at this year’s top position is the wonderfully realised Rabbits by Brume. Beautiful, haunting vocals crest upon waves of rich heaviness, all carefully crafted into songs that exemplify how emotive, evocative, and powerful doom metal can be in the right hands. This is a fantastic album blessed by the gods of longevity and depth, one which is an utterly essential listen for any fan of emotionally-charged metal. This deservedly sits atop this pile of high quality albums as ruler of this year’s roost.