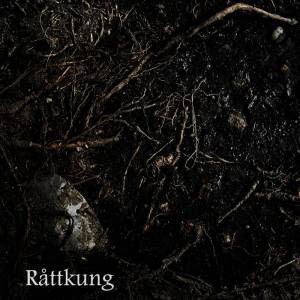 This is the latest EP from one-man black metal band Råttkung, who hails from Denmark.

Råttkung’s debut EP Dark Is the Beginning was 17 minutes of raw, underground black metal that reached back to the early days of the second wave for inspiration.

In some ways this influence is continued on this latest short release, but we also see another side to Råttkung too. Here we get a mere three songs in 10 minutes, but what this EP lacks in length it makes up for in blackened malice and ambition.

These three tracks are fierce and grim, coming out of the underground like screaming daemons on the back of Hellfire waves. With some decent riffs and buckets of confidence, the songs are primitive and nasty, just as you’d want from this kind of thing.

The production is ugly and as raw as you would expect, but without being over the top so that it spoils the enjoyment of the music.

The first song on here – Death Is a Lie – is under three minutes of pure blackened hatred. Barely stopping for breath, it blasts and claws its way through the short running time like a thing possessed.

I think the second track, (and title track), is my favourite here, as the song boasts some very emotive and well-written riffs, as well as some very tasty leads. It has the scathing edge of the first song, but is overall more restrained and with much more atmosphere. Very good. More like this!

The final track – Away Under – has more of an emotive, atmospheric quality to it too, and is also the longest song here at just under four minutes. It has somewhat of a shoegaze quality to it, with some cosmic feelings portrayed in the guitars as the drums continue their relatively low-key assault in the background. There are no vocals on this one, so you’re free to lose yourself purely in the music, although it’s over far too quickly.

It’s possible that, amid the blackened fury, Råttkung is developing more along an atmospheric route. Or it could just be some form of experimentation for this EP. Either way, what I’ve heard on this release has firmly whetted my appetite for more.