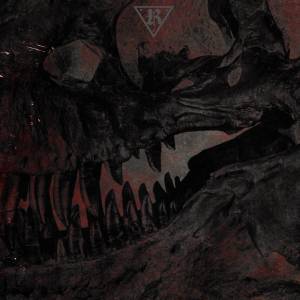 This is the debut album from Danish black metal one-man project Råttkung.

This is a band that we’ve encountered before, (Dark Is the Beginning, Unborn Undead), and that has impressed on both occasions.

Unborn Undead saw the music just starting to develop some elements of atmospheric black metal, and I’m pleased to say that on Metamorphosis this has developed even more, to the point where it has now pretty much taken over fully.

Largely moving on from the raw aesthetics of the second wave, Metamophosis shows Råttkung undergoing somewhat of a…ahem…metamorphosis, from the more primitive beginnings of the project to its current form, which is a much more refined and sophisticated monster.

Elements of shoegaze, post-metal and dark psychedelia can be heard in the music now too, and mixed with the blackened heart of the project it all makes for an engaging and compelling listen. It’s also surprisingly diverse, as there’s a lot going on across this album and each track has its own mood and feel.

This is an album of concise atmospheric black metal that doesn’t allow itself to sprawl out into epic length tracks, yet still manages to convey grand dark atmospheres through highly emotive blackened music.

I will say that occasionally I do find myself wishing that some of the tracks had been extended, however, as even though for the most part they achieve what they set out to, sometimes I can’t help but feel that the mood gets cut short – this is probably the most noticeable for me on The Wayfarer with its abrupt ending.

With its clipped nature, lack of vocals and varied mood-pieces the album carries somewhat of a cinematic quality for me. I’m not sure what kind of film this would be a soundtrack to, but I bet it would be a very good one.

Metamorphosis is a striking example of black metal experimentation and post-blackened atmosphere. Essentially this is just under 40 minutes of atmospheric music that comes from a place of black metal, but is not limited or constrained by its origins.