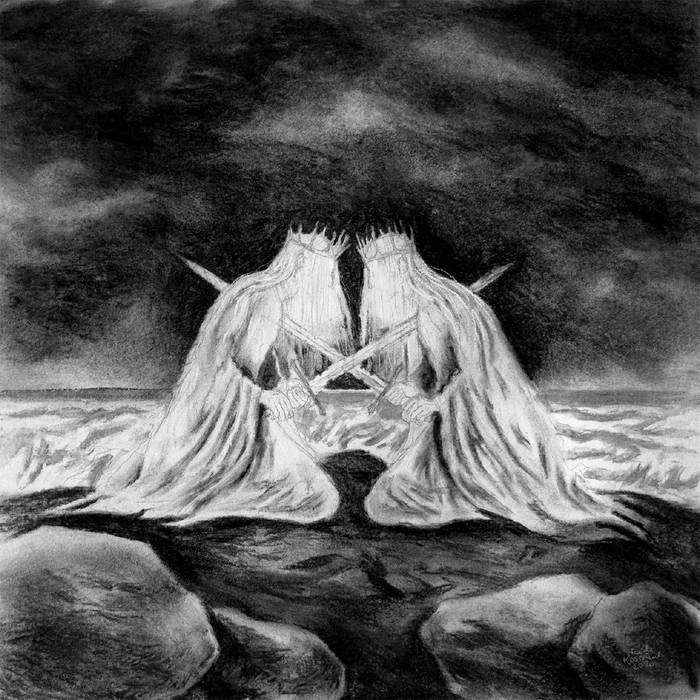 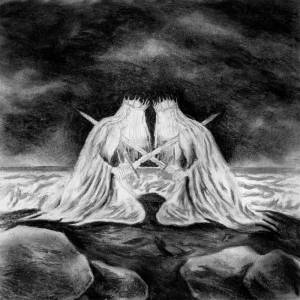 This is the third album from Havukruunu, a Finnish black metal band.

Uinuos Syömein Sota contains 47 minutes of black metal mixed with elements of heavy metal and folk. Viking/pagan/folk metal, or blackened heavy metal, or some such version of these words, are all appropriate tags, but END_OF_DOCUMENT_TOKEN_TO_BE_REPLACED

Norden is a one man black/Viking metal band from Poland and this is his second album.

This is a Bathory-influenced Viking metal album, (complete with Bathory cover song), that combines this with elements of black and pagan metal to produce a blackened, yet still authentic, take on the Bathory style of Viking metal. END_OF_DOCUMENT_TOKEN_TO_BE_REPLACED

This is the fourth album from this black/Pagan/folk metal band Thy Worshiper.

I’ve been following this band for a while now, and their individual take on black metal is always a very welcome listen. Both Czarna Dzika Czerwień and Ozimina were very enjoyable, and it seems on their latest album Klechdy they’ve really END_OF_DOCUMENT_TOKEN_TO_BE_REPLACED 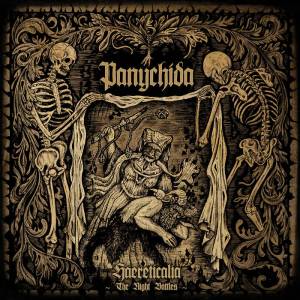 This is the fourth album from Czech band Panychida, who play black metal.

Panychida’s 2013 release Grief for an Idol was an enjoyable slab of Pagan-influenced black metal, which is why I have been looking forward to their latest release.

Let’s start off with the album artwork; I like a good cover and this is one END_OF_DOCUMENT_TOKEN_TO_BE_REPLACED 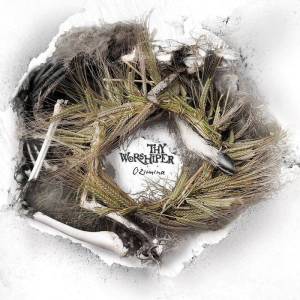 This is the latest EP from Thy Worshiper, who play pagan/folk Black Metal.

The band’s previous release Czarna Dzika Czerwień is one that I really enjoyed, so this EP I was eager to hear.

Featuring music that’s heavy on percussion and non-standard instruments, (such as didgeridoo, darbuka and djembe, to name a few), Thy Worshiper continue their individual and characterful melding of folk, pagan and Black Metal influences into their enticing brand of music.

These tracks are rich and layered songs that cover themselves with emotion while providing enough substance and grit to back it up, ensuring that they have produced a real collection of songs and soundscapes, rather than novelty or throwaway music.

Vocally, the female vocals sound even more beautiful and powerful than before, and combined with the rhythmic pulsing of the music are a real highlight. The male vocals remind me of those of The Meads of Asphodel in places on this release more than on their previous album, which adds a different slant for me.

Clearly a lot of work has gone into arranging and composing this EP, and the end result speaks from the heart and burns as deep as fire.

Another sterling release from this important band. 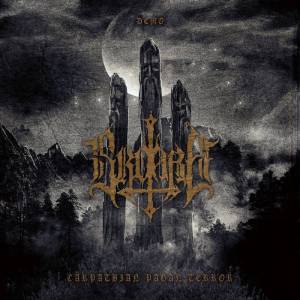 Skvara are a Ukrainian Black Metal band and this is their second release.

This is underground Black Metal with a raw, fuzzy sound. It’s dark and cold, just as we like it.

The guitars seem to slither out of the dark murk of the songs like snakes sliding through water. The frozen, Blackened melodies do well to create both atmosphere and aggression, while the bass is actually audible and makes a good contribution.

Seething, screeching vocals lash across the back of the music like a vinegar-dipped whip, with every scream a torrent of pain and outrage.

Throughout these 34 minutes Skvara show that they have a deep love for the Black Metal Old-School elite. Importantly, however, they also show they have ambition and talent for the music, as the songwriting on Carpathian Pagan Terror is already quite proficient for such a young band.

Good riffs, melodies and ideas are included and for the most part these songs are very well-composed and performed. Skvara pretty much have all of the necessary components for an enjoyable Black Metal release. If they manage to tighten up their songwriting in a couple of places then they will very quickly become a force to be reckoned with, as this release clearly shows they have a massive amount of promise and potential already.

Einherjer are from Norway and this is their sixth album. They play Viking-influenced Black Metal.

This is an album that has a lot of variety in it. We get melodic, almost martial Pagan-influenced interludes, scorching fury, rhythmic sections, colourful leads, mid-paced workouts, subtle keyboards, lots of interesting instrumentation and experimentation, blistering guitar solos and a cold Black Metal core.

Black Metal screams, shouted group vocals/chants and other vocalisations are included across these 44 minutes.

The band have a quirky, almost jaunty feel to them in places. Some of the rhythmic riffing may have that Black Metal sheen but they also have a more upbeat feel to them as well, recalling bands such as Countess and Sigh being played by Darkthrone or Satyricon, perhaps.

They also have a bit of a driving Rock influence to some of the guitar leads and solos; sometimes it’s just so damn Rocking you can feel the wind in your hair.

I like that each song has its own identity and the band keep things interesting by incorporating a whole plethora of different ideas and sub-styles into their central Black Metal vision.

The album whirls by in a blur and is over before you know it. Av Oss, For Oss is a very strong album and a big achievement for Einherjer.

Give it a try and see what you think.

This is the seventh album from German band Obscurity. They play Death/Pagan/Viking Metal.

The band play a melodic blend of largely mid-paced Death Metal with Viking and Pagan influences.

The singer has a varied bark that seems just as home with deep grunts as it does with higher screams. After seven albums his voice is perfectly in shape and sounds really good.

The obvious and lazy reference point for a band like this is Amon Amarth, and that certainly gives you a basic impression of Obscurity but it’s not the whole picture.

Vintar is a strong collection of songs. The band play with an obvious passion and it’s clear after so many albums they’ve honed their art to a fine cutting edge. All of the instruments are well-played and the riffs and song structures in general show a good ear for composition, structure, tunes and dynamics.

I enjoyed this. It won’t set the world on fire, but it may just cover everything in a frosty winter coating… 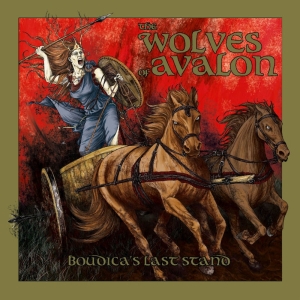 The Wolves of Avalon are from the UK and this is their second album. The band play Pagan/Folk Metal.

The Wolves of Avalon are the latest incarnation of Metatron from The Meads of Asphodel, who will always hold a special place in my heart; one of the most unique and underrated UK Metal bands out there.

I was looking forward to hearing this album due to this and I haven’t been disappointed. This is as impressive and ambitious as anything he’s done before, (his work that I’ve heard, at least), more so in some respects. Sounding like early Meads only with a heavy Folk/Pagan slant, this is pure ear candy.

The album starts with a light, classical instrumental, at least that’s what I think it’s going to be until Metatron’s inimitable vocals kick in halfway through and then guitars and drums come in shortly after.

The album is heavily orchestrated and features wonderfully diverse instrumentation and female accompaniment. These are hugely impressive and extremely well-done. The band don’t neglect the Metal component of their sound, however.

The dynamics and sense of energy given off by the tracks is strong, and the whole album is a veritable treasure trove of gems and delights. The songwriting is impeccable and Metatron’s voice seems to be getting better with age. Some of the vocal harmonies used, especially when twinned with the female vocals, are just hair-raising.

Some of the best bits are extremely subtle but do wonders for the songs. The barely audible female sighs/noises on Bonded by Blood and Sword is just one example of many; you can only just hear them in the background but for such a small addition the song is enhanced so much.

There are pulse-raising sections, slower atmosphere-building parts, Black Metal rage, Progressive Metal explorations, huge choruses and sublime melodies – there is so much here to enjoy and be spellbound by.

This is an hour of interesting, captivating and unique Metal that everyone should ideally have the privilege of hearing. Do yourself a favour and go and listen to this.

Final thoughts? Fantastic album. This is a contender for the Album of the Year slot.

This is the third album by Panychida who come from the Czech Republic.  They play Black Metal with a heavy Pagan influence.

Take a powerful Black Metal core, add some atmospherics and keyboards, infuse a bit of Primordial and old Dimmu Borgir into it and soak in a heady strain of Paganism and you have a good starting point for Panychida.

The songs are stirring and involving. They have aggression and exploration written into the guitars, as well as a good amount of epic Metal riffage.

Panychida offer a good variety of vocals, with almost every type making an appearance – screams, growls, whispers, cleans; they’re all here and all done well. Krastina (Grief for the Idol) is a great example of this as the vocals alternate between all of these and more in a short space of time.

Folk influences and instrumentation appear and these are done well without sounding out of place.

Panychida have produced a quality album. Give them a listen and see what you think.