This is the fifth album from Demonic Resurrection, a symphonic black/death metal band from India. 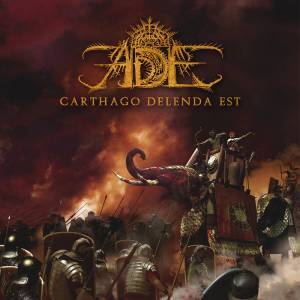 This is the third album from Italy’s death metallers Ade.

Much in the same way that Nile are heavily influenced by ancient Egypt and incorporate musical influences from this into their sound and style, Ade do the same thing only their focus rests on ancient Rome.

These ancient influences come across in the music in a variety of ways, whether that’s incorporated into melodies and lyrics, (some of which are in Latin); layered in added orchestration and instruments; or even in some END_OF_DOCUMENT_TOKEN_TO_BE_REPLACED