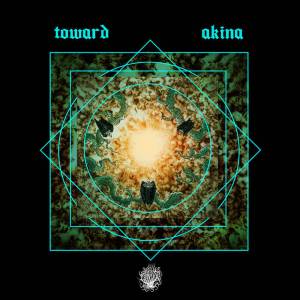 Seventh Genocide are an Italian post-black metal band and this is their second album.

Now this is quite the ambitious and expansive work. 59 minutes of post-black metal, delivered with passion and no small amount of skill.

Seventh Genocide play a style of black metal that incorporates 70s progressive rock and post-rock influences into its blackened foundation, building on them with various elements of psychedelia, blackgaze, atmospheric sprawl, ambient depth, and melodic brightness to create involved and intricate songs that cover a lot of musical ground.

The band use resplendent melodies to help create their emotive music, sprinkling lighter introspective moments in here and there, acoustic and otherwise, to provide added depth and nuance to their textured sound. This approach sees the band craft some quite atmospheric and affecting sections across the seven tracks on this album, be this light and airy ones, or others that are powered by an emotive distortion.

When they’re raging ahead at full intensity the band create a fiery brand of speed; you can almost feel the flames as the drums blast, the sharp rhythm guitars rip through the airwaves like a scythe, and the band’s singer shrieks with needle-thin screams that almost have an insectile quality.

The singer’s high-pitched screaming has a few different varieties, demonstrating quite a good range of vocal extremity. Other styles appear here and there, including some added female cleans.

Here we have blackgaze-influenced emotive high-speed blasting that’s frequently juxtaposed against progressive/post-rock beauty, and for the most part Seventh Genocide pull it all off wonderfully. You can tell that Toward Akina is a melting pot of the band’s various influences, black metal and otherwise, and it’s a credit to their talents and songwriting skills that this album is as strong and well-realised as it is.