November was a strong month for metal. Both death metal and doom are well-represented below, but as we’ll see more than just those two genres produced some great records in the past month. November saw a strong showcase for UK talent too, as five of the below bands are all from this country. END_OF_DOCUMENT_TOKEN_TO_BE_REPLACED 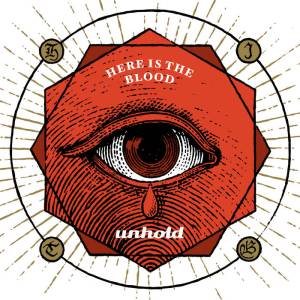 Unhold are a sludge/post-metal band from Switzerland and this is their fifth album.

2015’s Towering lived up to its name, and was a monolithic and notable record. I said that Towering offered END_OF_DOCUMENT_TOKEN_TO_BE_REPLACED

After releasing their fourth album – Towering – Unhold are in a great position with such a strong album under their collective belts. I wanted to find out a bit more information and background to this impressive album. Let’s delve in…

Give us a bit of history to Unhold

Unhold was born from the heads & hearts of four teenagers, we decided to get instruments and give it a shot. That was around 1990, ages ago. At first we just jammed around, occasionally riffing after bands like Asphyx, Bolt Thrower, Entombed. We started making our own songs pretty quick, that was more leaning towards Death/Thrash Metal. After the first couple years and a bunch of shows we gave it a more serious thought, changed our name to «Unhold». Around 2000 our original drummer decided to quit, we were lucky to have Daniel join, he also was from our little community who listened to heavy music and visited shows out of town. We released «Walking Blackwards», our début. That already had elements of Noiserock and Stoner on it. Not the heaviest production, though. 2004 we released «Loess», I think the angriest of our albums. That as well as «Gold Cut» (2008) was recorded with Serge Morattel in Geneva. We toured with that album for a good two years, then got back to work on new material. In 2012 we celebrated our 20 year anniversary, had a lineup change and started working to finalize the fourth album.

Sometimes it’s hard to distinct between bands that we just purely like to listen to and bands that actually influence the way we do our music. Definitely there’s bands like Neurosis, Unsane, Black Sabbath, Helmet, Clutch, Melvins, Kyuss that made an impact. Younger bands also of course don’t pass us without notice, we’re often referred to bands like Isis, Kylesa, Cult Of Luna and the like, but they’re more like a big cousin with the same ancestors, than an actual influence.

I think the main focus was to implement the new members and the new elements into an existing skeleton framework of songs. To take Unhold and make the next natural/logical step. 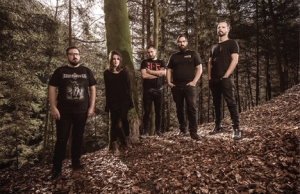 Yes! Very much so! We took a bit a different approach this time, recorded locally with Remo Häberli at Hidden Stash and mixed/mastered remotely with Latch Manghat from Gonga and Andy Henderson at Retrosonic Studios in Bristol. Perhaps with the new lineup we also instinctively took a step aside from a full on cutting edge metal production, more basically thinking about rock songs when editing and mixing.

What’s your favourite song on it and why?

That’s really hard to say. One song that excites me a lot is «Southern Grave», because it strikes a new chord in regards of songwriting and the use of vocals. Maybe we’ll see more stuff in that manner in the future, who knows.

Generally our lyrics are more focused on the inner realm of being a human in this day and age. For me personally «I Belong» is probably the track I have the strongest relation to because of the story it tells. When I tell people I’m a quarter native american they ask me if I can hear trees talk… good fun! Specifically it describes my attempt to relate to the past, although geographically dislocated I feel a strong connection and I try to find words to describe what goes through my head. Every human being has an urge wanting to belong, to be remembered, recognized, to leave a trace of some sort. The song also deals with the slow and quite silent passing of a rich culture and tradition.

We have a pretty democratic way of working on songs, basic ideas come from individual members, yet we also have a jam-based method where we gather pieces and bits. The process can be time-consuming, but I think we gain a closer relation to the resulting song in the end, you know which piece belongs where and for what reason. We’ll see with the new members if that still suits best or if we find new ways to come up with material.

As you have multiple singers in the band, how do you decided who sings which part?

Basically who comes up with lyrics gets to vocalize the song. With «Southern Grave» we made an effort to actually explore our voice-range a bit, which was exciting and also a challenge, but I think we’ll try to investigate further what we can do as a «choir».

How do you see your songs/direction developing for your next release?

It’s a bit early to foresee what it’s going to sound like exactly. Our aim and hope is to make the new material even more dense and entangled. Having all instruments from the beginning contributing to the building of the song. Maybe also start with the voices for a change or maybe pursue a theme/concept for the whole album. The first song we made since finishing «Towering» came pretty natural and all in almost one evening, so I hope there’s more up the sleeve!

What are your thoughts on the current state of the wider Metal scene and your place within it?

All in all it’s good to see that the good and strong stuff survives. Younger kids dig the newer Metal a well as the old classics. As long as Metal allows a certain amount of innovation and renewal I think it will keep evolving and stay exciting. When you’re in it for such a long time it’s interesting to observe who and what survives. For the kind of «Metal» we make there seems more and more an established niche evolving with festivals and a loyal following. We’ve always been a bit between scenes, since we also don’t really have one back home it’s not such a big deal. Although I sometimes miss to have a couple brothers in arms, so to speak.

What will the future bring for Unhold?

We hope for a broader audience, good opportunities to play live and tour. For sure also a next release, we’re looking forward to have more exclusive time to write new stuff and experiment. 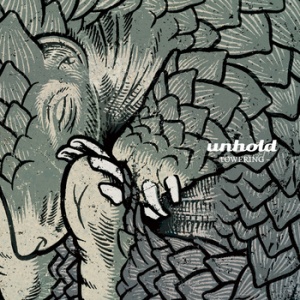 Unhold are a Sludge Metal band from Switzerland and this is their fourth album.

The band boast multiple talented singers and each of them brings something to the table, be that Neurosis-style rough vocals, effortless cleans or powerful female vocals.

This is a diverse selection of tracks that feature shades of light and dark, build and release mechanics, dynamic pacing, rich texture and atmosphere by the bucketload. You can just taste the quality dripping off this album like fat.

A warm sound translates into tracks that feel very organic and natural. These songs sound alive and vibrant.

I love albums that feel like a complete listening experience; where each song seems to have its place and has its own identity. Towering is such an album.

There’s a lot of variety here that’s a pleasure to explore. The band have both the discipline and experience to craft songs that have a large amount of depth and longevity. The tracks are composed in ways that seem effortless and unforced. Ideas from all manner of subgenres and styles are incorporated into their repertoire and it seems that every aspect of musical expression they dabble with comes out a winner.

Unhold have produced an exemplar of Sludge Metal that’s going to be hard to top. Be sure to check them out.