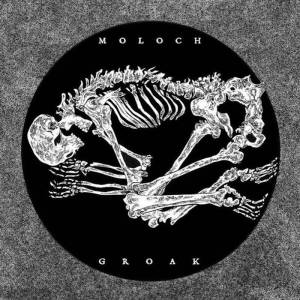 This is a split between two UK sludge metal bands. Both bands offer up a single song.

We’ve met Moloch before on their split with Cloud Rat. Here they continue with their END_OF_DOCUMENT_TOKEN_TO_BE_REPLACED 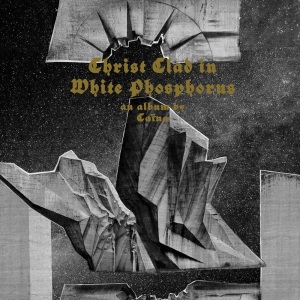 Caïna are a black metal band from the UK. This is their seventh album.

What do you get if you combine raw black metal with industrial and dark ambient? You get Christ Clad in White Phosphorus.

The ugly, intense black metal parts are my favourite bits of this album, as they rage with an underground fury and intensity the likes of which most bands only aspire to. It’s not all about END_OF_DOCUMENT_TOKEN_TO_BE_REPLACED

Moloch is a Ukrainian one-man Black Metal band. This is his latest album.

This is Old-School Black Metal that’s bookended by two Dark Ambient pieces, both of which are strangely effective.

The main feast is primitive, raw Black Metal that’s of the lo-fi persuasion and reminds of bands like Burzum and Xasthur. Elements of the Depressive Black Metal style rear their despondent heads on occasion, lending a painful edge to Moloch’s cold Black Metal.

These songs seem barely held together, but not because they are sloppily played or anything like that. The playing is in fact quite tight, but the style of Black Metal on Verwüstung has an inherently chaotic, tortured feel to it; it’s almost as if this has been created and released under extreme duress and some significant amount of pain.

The vocals howl, shriek and seemingly claw their way through the tracks with the sharpness of a sword. An impressive performance is given and I can only imagine the man was emotionally ruined near the end of the recording process. At least, it sounds that way.

Good variety and songwriting means that Verwüstung is an involving and engaging listen, with enough changes in speed and feeling to keep things interesting without becoming inconsistent.

With a recording that’s underground enough to be raw yet coherent enough to work well with the material, Verwüstung is a very satisfying album and a very strong listen.

Be sure to check this out.