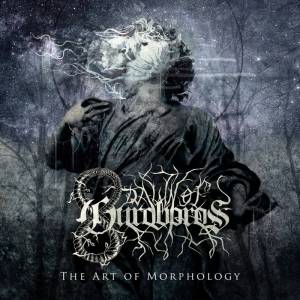 This is the debut album from Dawn of Ouroboros, a progressive black metal band from the US.

Combining elements of death, black, and progressive metal, this is a enchanting mix of the three that adopts a modern extreme metal approach to its highly engaging material.

This is one of those albums that isn’t really black or death metal, but has definite component parts of both. Wrapped into a progressive package that uses both atmosphere and aggression to its advantage, depending on the needs of the song, The Art of Morphology is a tight collection of tracks that provides a comprehensive portrait of where Dawn of Ouroboros’ talents lie.

This is sharp, cutting music that uses emotion to power its songs, whether this be blistering hostility, introspective nuance, or darkly melodic atmosphere. Rich in texture and deep in emotive resonance, these are well-written exemplars of how to produce hybrid modern extreme metal that take strengths from several subgenres. There’s an avant-garde/experimental aspect to The Art of Morphology too, resulting in creative flourishes that might not take up much space in the album’s lean 43-minute running time, but add much value nevertheless. This might be a slight jazz-influenced section, a moment of piano, or a brief interlude with clean singing.

Speaking of the vocals, the singer has a versatile and powerful voice that’s just as comfortable performing the primary blackened screams that dominate most of the material, as well as the deeper growls and the aforementioned occasional clean vocals. Her voice is confident, has good range, and is more than capable of meeting the demands of the material.

The Art of Morphology is the sort of extreme metal album that probably gets overlooked by people who might prefer their music to be just one single thing. Their loss, as Dawn of Ouroboros’ multifaceted musical approach has made for a very compelling and enjoyable record.

One thought on “Dawn of Ouroboros – The Art of Morphology (Review)”