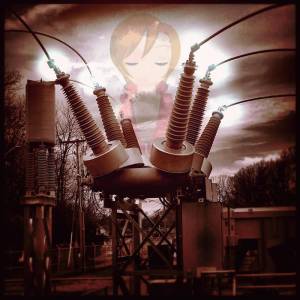 This is the latest EP from US one man black metal band Cryostasium.

I discovered Cryostasium on the 2017 release Starbound, which blew me away, it has to be said.  This latest EP is a slightly different beast, but no less impressive.

The Possessor has a shorter duration than Starbound, clocking in at 17 minutes, and has shorter songs. Although there are nine tracks, four are interludes of sorts. It might seem, on first glance, that this is a less substantial release than Starbound. However, as soon as you start listening to it it quickly becomes apparent that the strange, twisted genius behind Cryostasium has worked his inimitable magic once again.

I mean, where on Earth does he come up with some of these riffs, or melodies, or other structural ideas? Although no different to a lot of black metal in some ways, in others this is leagues apart from its peers, with some of the eerie atmospheric enhancements being particularly unnerving, but in a very moreish and engrossing way.

My only complaint is that this really seems like a single body of work to me, and could have potentially benefited from being just a single 17-minute track. However, this obviously isn’t a huge issue.

Combining raw, depressive, and psychedelic black metal, with ambient, experimental, and atmospheric elements, the artist behind Cryostasium has once again floored me with his work.

Stop what you’re doing and listen to this. Immediately.

2 thoughts on “Cryostasium – The Possessor (Review)”