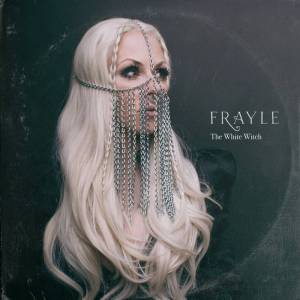 This is the debut EP from US doom band Frayle.

The cover to this EP is very striking, but then so is the music contained within once you press play. The band have crafted a very delicious 20 minutes of music here, which manages to take influence from various styles while firmly displaying a strong personality of its own.

Mixing elements of doom metal, shoegaze, and post-metal, this is emotive and expressive music. Although the seductive and enchanting voice of the band’s singer will, (rightfully), garner a lot of attention, the music itself more than holds its own. Frayle seem to offer the complete package, and have crated four songs with not only instant appeal, but plenty of replay value.

The music is very well-written, with plenty of depth and substance worked into the heavy riffs and nuanced delivery. These songs are hypnotic and entrancing, and are powerful enough that they would be greatly affecting if they were instrumental songs alone. When combined with the luscious, beautiful voice of the singer, however, they’re elevated even further. Her voice is simply wonderful.

Track three – Wandering Star – is a Portishead cover, but the rest are originals, and all are highly enjoyable.

A hugely impressive and beguiling debut release. For something like this to come as full-formed and as hauntingly mesmerising as this is, and from seemingly out of nowhere, well…I am now eagerly awaiting more material from the band.

Until then, we have The White Witch. Extremely recommended.