Have you checked out Harm’s Way’s latest album Posthuman yet? Well, if you’re a fan of modern heavy music with some good quirks and plenty of character, you should. I’m listening to it now before I head to the gym, and it’s making me feel sufficiently worked up. In a good way, of course.

So, let’s find out a bit more about what the band and their new album…

Give us a bit of background to Harm’s Way

Harm’s Way started out as a powerviolence band that would just kind of play when we could, as loud and aggressively as we could, for as short as possible. It was really just a project we never expected to go much further than a 7″ or two, but eventually developed into what we have today. James, Chris and myself have been in the band since that inception, and the other two guys (Nick and Casey) have been touring with us for a couple years now. Both of them also contributed quite a bit to the record, so it’s great to have them with us.

As with anything, our influences have really changed over the years. In 2006 when we started playing around, we were obviously inspired by bands like Infest, Charles Bronson and Assück as well as more traditional hardcore bands like Youth of Today and the Cro-Mags. As the years went on and we all got older, we started getting into different music as I imagine most people do. I think our biggest influences presently are probably Triptykon, Godflesh, and NIN.

Right this second I am listening to Misery Index by Assück because I mentioned them in the previous question. We listen to a lot of soft shit, almost exclusively, in the van. Lately we’ve all been very into Choir Boy, Drab Majesty and Soft Kill.

How do you feel that you fit into the wider heavy music scene?

I like to think that we don’t fit perfectly into any genre, and I think that’s something we have been able to achieve. We aren’t really a typical sounding hardcore band, nor metal band, and definitely not a normal “industrial” band if you would even extend that genre onto us. I think that’s important honestly. I don’t want someone to refer to us as like, “oh, they’re just a *blank* band”. I want us to be hard to describe. My goal is for that to be the only way to describe Harm’s Way. 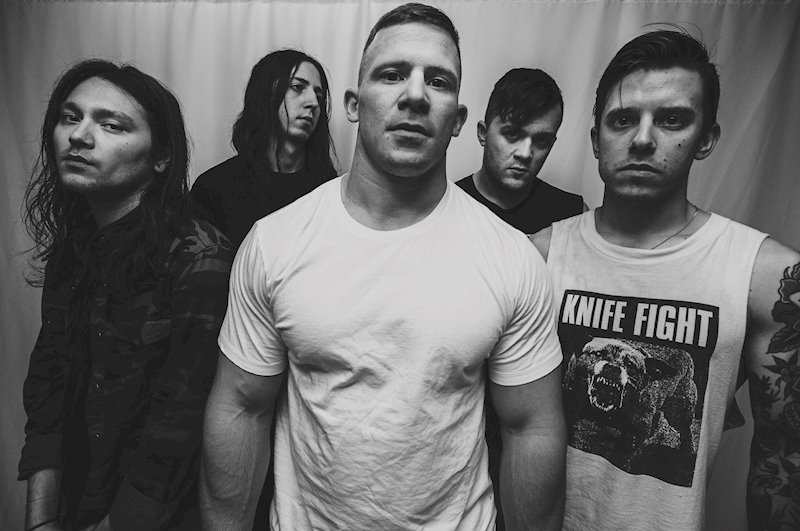 Give us a bit of background to Posthuman – any particular concepts or ideas you want to discuss?

The main concept behind this record is feeling out of place. It’s written from the perspective of someone who does not know where they belong anymore, and they’re pissed about it. The concept of writing about the world being a fucked up place has obviously been done before, so has writing about being a fucked up person. So it’s kind of like, if you aren’t feeling like a person anymore and it’s fucking you up, what would you write about. What are you left with?

As well as the more traditional metallic hardcore aspects in your sound, there’s also a decent amount of electronic/industrial/experimental influences – how do you decide when/how to include these, and how do you go about balancing them against the rest of the music?

I don’t really recall a time when it wasn’t thought out way beforehand. Maybe we don’t have the exact part in our heads when we go into the studio, but we know we want something. A lot of the times, Chris will have a beat laid out as a kind of placeholder and it will grow from there once we are in the studio. Honestly, if we had more time, there probably would have been a lot more of that shit on the record because we all ended up really liking those elements.

What would you say is your favourite track on the album and why?

My favourite track is “Become a Machine”. I just think it hits the hardest, is the most well rounded and is purely aggressive the entire way through. It’s like a steady build all the way up until the end. Picking my second favourite would be tougher, just because I love BaM so much and knew it was gonna be my favourite as soon as we tracked it.

We were just sitting in the living area at Will’s studio having just watched a new Games of Thrones episode and talking about it. I think we all kind of had an idea of how we wanted the record to flow. We definitely wanted “Temptation” to be on the A side, definitely wanted “Call My Name” to start off the B side and imagined both “The Gift” and ” Dead Space” finishing the record, so we just had to fill in the rest. It’s one of the hardest parts about putting a record together, because the chances of later tracks on the record being less heard are super high, and that idea breaks my heart. But you do what’s best for the overall flow and concept of the record. I think we did it just right.

What lessons have your learned from the writing and recording of Posthuman that you’ll take forward with any future material?

We will 100% go to and live at the next studio we record at, just like we did with Will at Graphic Nature Audio in NJ. It was simply an ideal environment for us and was the first time we were fortunate enough to do it that way. We would wake up everyday, make breakfast, track with Will for most of the day, leave for dinner, go work out, sleep and repeat. It was like a summer camp and at the end we got a sick record out of it. I think the only thing I would change is having more time. 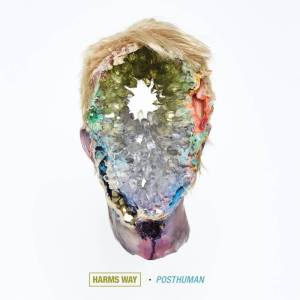 The artwork is a piece called Eye by the artist David Altmejd, who was kind enough to let us use his amazing work for our cover art. Our friend, layout designer, and one time touring bass player Aaron Ross, put the idea in our heads and showed it to us while we were recording the record. I will admit, when I first saw it, I wasn’t completely sold. Everyone else was though, and once they kind of talked to me about it, it clicked for me. I adore it now. The art works perfectly with the theme I was explaining earlier. It’s human-esque, but it’s off and it’s kind of uncomfortable to stare at certain parts of it while simultaneously beautiful on other parts. That’s the whole idea.

Do you have any specific goals that you would like to achieve with Posthuman?

We took Rust all over the world in 2015/2016 and I think Posthuman is a better record, flat out. I sincerely want to play songs from this record in as many places as humanly possible.

They have been a treat. Very understanding of our vision for the record and very open to working with us in every way they can to produce the best possible product. It’s been great and I look forward to further growth with them.

2018 will be very busy for us. We have a headliner starting in a couple weeks, some international stuff happening right after that and a very cool tour happening over the summer that I am really excited to announce when we can. There’s not a lot I can say definitively, but there is a lot on the table right now.