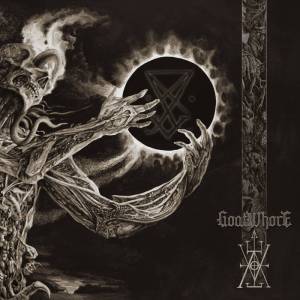 Goatwhore are a black/death metal band from the US and this is their seventh album.

Not only is this a band with just an amazing name, but ever since they first coalesced into existence around members of stunning personal favourites Soilent Green and Acid Bath, I’ve always had an incredible soft spot for Goatwhore.

Following on from 2014’s Constricting Rage of the Merciless, Vengeful Ascension continues to develop the band’s individual brand of bludgeoning blackness. Over the years since The Eclipse of Ages into Black they’ve been refining their savagery, becoming arguably uglier and more brutal with each release. Which is one of the reasons why this latest album is so interesting, as it merges all of the different aspects and eras of Goatwhore more fully and effectively than ever before.

Surprisingly diverse, Goatwhore mix a few different influences and styles into their blackened assault. A black metal base is definitely apparent, but they also mix death and thrash metal elements into this. Crust and classic metal make their way into Goatwhore’s formula too, and the overall result is a band that certainly take influence from all of these styles, but have managed to forge a sound that’s distinctly their own in many ways. When you listen to Goatwhore, you know it’s Goatwhore.

The songs on Vengeful Ascension are as well-written as you would expect, vomited forth with high-energy and dedication to the filth and darkness.

I’d say that this is definitely one of the stronger Goatwhore releases, and this is partially due to the fact that I feel some of the band’s black metal influences have been brought a bit further to the foreground once more on this release. I admit that this sentence is quite misleading though, as the other previously mentioned styles are still as in-your-face as ever. In fact, an argument could be made that their death metal side has been given greater emphasis too. You could probably say the same for the melodic metal components of their sound as well…

Okay, so I suppose what I’m getting at is that on Vengeful Ascension that band have seemingly managed to pack in more of everything into these songs. Goatwhore sound on fire, and the songs are some of the band’s best in many ways. The songwriting is tight, focused, and brimming with dark aggression.

With a production that highlights all of the band’s strengths, the Goatwhore of 2017 sound like they are really enjoying themselves. I strongly advise you to get your hands on this album and do the same, as Vengeful Ascension is so satisfying and engrossing that before you know it you’ll be headbanging and thrashing around to it like a maniac.

This is Goatwhore at their catchy and engaging best. Get this.